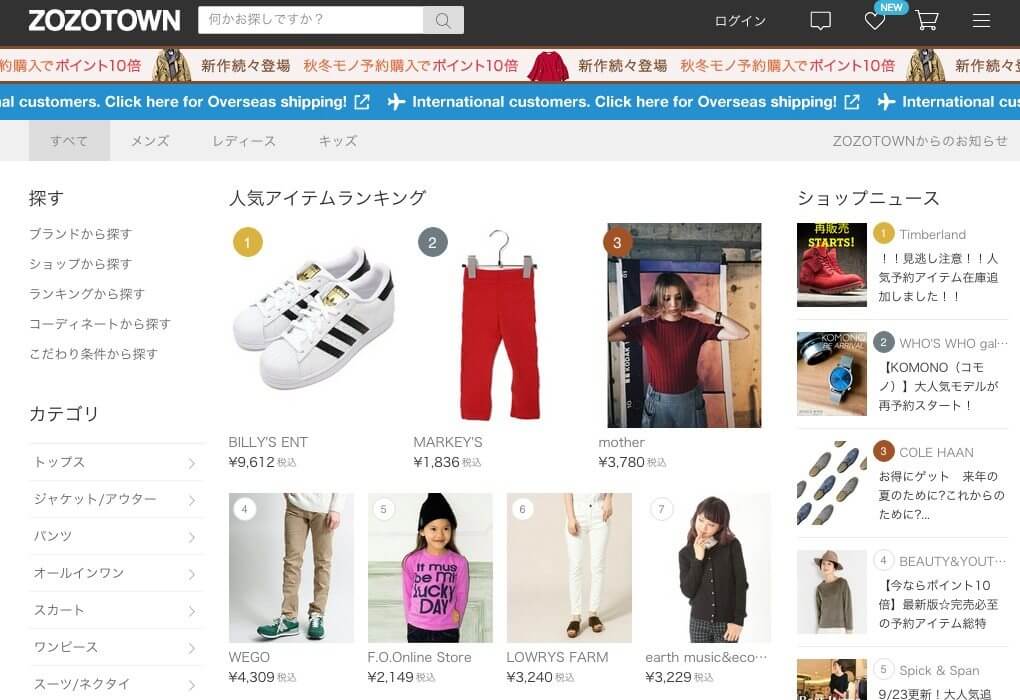 Update for July, 2018: Shares of Start Today have more than doubled since our recommendation back in 2016. We now rate them as a hold. Stay tuned for other stock picks, and we’ll update this article if circumstances change.

E-commerce is the industry to talk about here in Asia. Developments like Alibaba’s recent purchase of e-commerce giant Lazada mean that’s now truer than ever.

Japan gets little mention despite their famous technological advances though. InvestAsian discovers that the Japanese e-commerce market is small yet full of potential.

Let’s have a quick overview since Japan’s e-commerce industry is obscure outside of its own borders.

Japan’s e-commerce sector is worth a sizable amount. Sales were estimated at over US$80 billion in 2015 compared to China’s US$650 billion. This is even though Japan’s population is less than a tenth of China’s.

There’s now widespread acceptance among Japanese to shop online. Statistics reveal that about 80% of consumers buy products on the internet. Seven out of ten shoppers are registered with Rakuten which is Japan’s market leader.

Because of Japan’s aptitude in everything technological, the nation was one of the earliest to develop its e-commerce industry. They’re also the first country to let consumers pay for products they bought online at convenience stores.

A firm aptly named Start Today (TYO:3092) is our pick for this week. They’re one of the first Japanese companies to start selling products online.

Start (To Invest in Japan) Today

The firm is globally recognized as ranking #12 on Forbes’ list of Most Innovative Growth Companies. However, Start Today does more than sell their own branded products through their store.

Start Today solicits online “tenants”, offering them a place to sell their products. These shops are called ZOZOTOWN’s “original selection shops” and they’re featured prominently on the website.

InvestAsian believes it’s a good time to invest in Japan with shares of Start Today for several reasons.

First, it’s a profitable company which boasts net profit margins of above 20% – more than any of their competitors. High profitability has also led to better returns for its investors with its ROE and ROI of 40% and 38% respectively.

Second, their financials are extremely healthy too. With no debt at all in the company’s current financials, Start Today can take on a great amount of debt should they see any opportunities for expansion.

We expect Start Today will grow and continue bringing generous rewards to their investors.