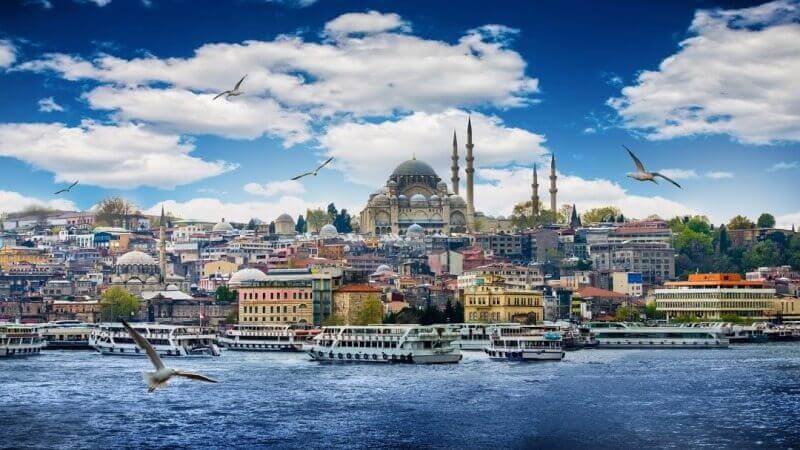 The term “emerging market” brings to mind a country that’s growing quicker than most others. Such economies are normally seeing rapid urbanization, rising foreign investment, and greatly improved infrastructure quality.

All those things help emerging markets, quite frankly, emerge.

Not all emerging markets enjoy a robust economy though. In fact, some are even weaker than developed nations such as Taiwan and Singapore.

Here are three emerging markets you should avoid. They’re all going through a phase of tepid GDP growth and underwhelming prospects. For the time being, most investors should pass on them – whether we’re talking about stocks, real estate, or private equity.

Granted, the world is always changing. But right now, these emerging markets aren’t emerging at all.

Turkey had a rough few years. Once the darling of European investors, foreign capital began to flee following political uncertainty.

GDP rose by a mere 2.6% in 2018. This means even developed countries including Ireland, New Zealand, and Sweden are outpacing Turkey’s economy.

Worse yet, most analysts expect that Turkey will officially enter recession when 2019’s growth numbers come out.

Much of the Turkish economy relys on tourism. But this sector is unstable with Russia placing a travel ban in 2017.

Likewise, almost everyone else is keeping away because of security risks along with a renewed war with Syria and the Kurds. It doesn’t appear tourists will flock back to Turkey anytime soon.

It’s now up to Erdogan to improve the Turkish economy. The problem? There’s not much more he can do. Disappointing growth figures are set to continue through 2020 and beyond.

A ten-year chart of the Turkish Lira compared to the U.S. Dollar. The lira lost around 80% of its value since 2010. Remember: when you invest in a country, you also invest in its currency.

The military took control of Thailand in 2013 and economic growth slowed steadily since then. GDP rose 3.9% during 2017 followed by 3.7% in 2018… highly unimpressive for an “emerging market”.

Foreign businesses, while not exactly scared off, are reluctant to pledge more capital. Political uncertainty and natural disasters are worrying investors. The government’s strict control over the internet and feuds with Facebook and Google have scared off global tech investors too.

In the most basic sense, the problem is that Thailand must be more competitive than it is now. Countries like Cambodia and the Vietnam have cheaper labor and upkeep costs. Malaysia and the Philippines have a better-skilled workforce.

Thailand simply can’t offer foreign investors anything that their neighbors don’t have already… while doing so cheaper and better. That is, unless you’re in a very specific sector such as auto manufacturing.

Perhaps most importantly, an aging population will continue pressuring Thailand’s economy. Predictions show the number of working age Thais will decrease by 11% by 2040 – the fastest rate in ASEAN.

Thailand should quickly step up their game if they don’t want to grow old before getting rich.

We’re going to step out of the Asian continent to look at perhaps the worst emerging market in the entire world. Rather than merely growing at a slow pace, Brazil is now struggling to avoid a recession.

Political issues are a main cause (see the trend?) of Brazil’s economic malaise over the past few several years. Every level of government, from the presidency to congress, has been marred by corruption scandals lately.

Latin America, in general, is weakening. Practically everywhere from Mexico to Chile are seeing their economies grind to a halt, often alongside mass protests and public unrest.

This is yet another reason why Asia is a great place to invest. Countries like the Philippines and Cambodia are growing quickly, enjoy solid economic fundamentals, and are politically stable in comparison to Latin America.