Buying a Condo in Phnom Penh: The Ultimate Guide 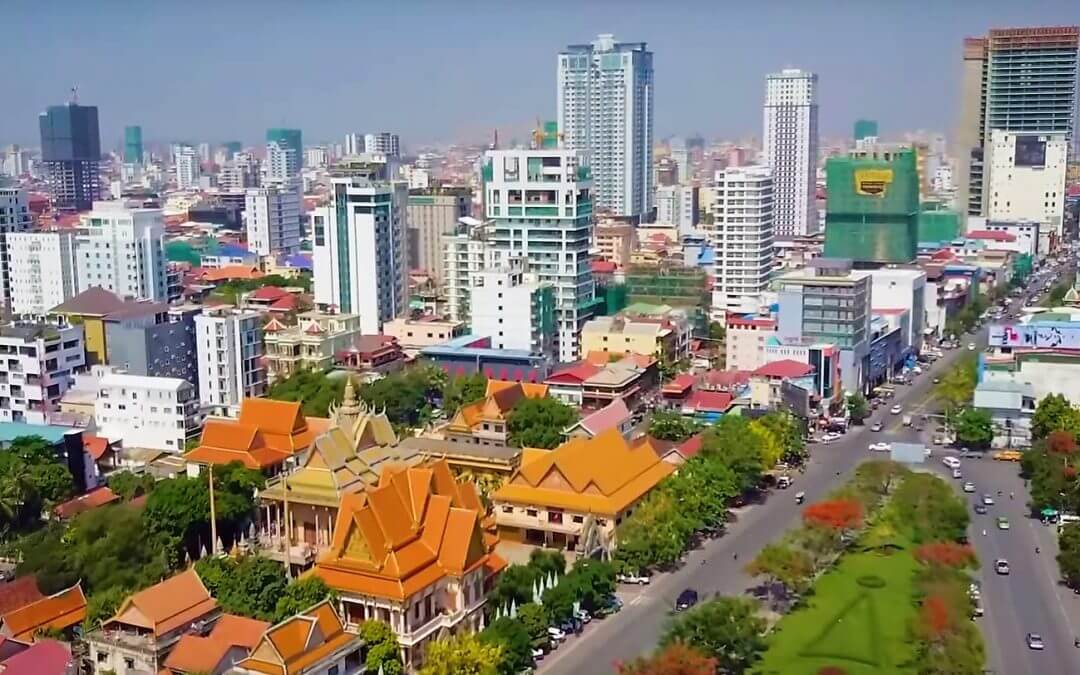 Cambodia tends to fly under the radar in the world of foreign investment. Many tend to think of it as a small, war-torn country that lags behind its neighbors in population, wealth, and development.

However, this frontier market is actually one of the best places in Asia for real estate investors. Its economy is small but resilient, and the country hasn’t experienced a recession in over 20 years.

Phnom Penh sits at the center of this astounding growth, attracting the attention of international business. Many compare it to Bangkok 30 years ago. Given Bangkok’s explosive growth, investors should take note.

The city also attracts expats with its lively street markets, stunning French architecture, and historic temples. Given this appeal, savvy investors have begun to flock to Phnom Penh for profitable real estate at shockingly low prices.

For that reason, this guide focuses on condominium units – not other types of property. For more information on shophouses or land, check out our general guide to Cambodian property.

Cambodia is one of the few countries in Southeast Asia that makes owning property as a foreigner relatively simple. In fact, it’s arguably the most welcoming country for international investors in the entire region.

Entering Cambodia and setting up a business there is simple and efficient. Year-long visas cost only $250 and a few days, and Cambodian businesses can have 100% foreign ownership.

Buying real estate can be a bit more complicated, depending on what you’re looking for. Foreigners can easily purchase strata titles for condominium units, so many tend to gravitate toward those developments.

The system gets more complicated for other types of property. Expats must buy this real estate through a Cambodian land holding company or citizen.

Additionally, Cambodia uses a mix of “hard” and “soft” titles for land and buildings. Hard titles are officially entered into the national government land registry. Soft titles, on the other hand, are registered with the local government.

How Much Does a Phnom Penh Condo Cost?

As always, prices vary by location. In central areas like Daun Penh, units may cost upwards of $200,000. On the other hand, condos on the outskirts of the city may be well under $100,000.

$200,000 for a central location in an up-and-coming city doesn’t seem half bad. However, when compared to other properties in the city, condominiums in Phnom Penh are overpriced. Shophouse apartments often cost far less, and they have far more investment potential.

This goes doubly for mid-range condos since this sector is the most oversupplied. In fact, a mid-range unit in Phnom Penh costs roughly the same as in Bangkok. Comparatively, luxury units in Phnom Penh are half the price of comparable ones in Bangkok.

Buying a condo in Phnom Penh is thus relatively affordable, but it isn’t the greatest investment. If you do choose to buy one, you should consider a luxury unit in an up-and-coming area for maximum returns.

Phnom Penh is an up-and-coming city, so some neighborhoods are quite modern while others are nearly untouched. As a general rule, you want to buy your condo in a developed area that still has potential for growth.

I recommend buying in 7 Makara, Daun Penh, or BKK1. These three neighborhoods offer the best potential for expansion along with most of the amenities that expats need.

If you want to make a long-term investment in Cambodian real estate, head to 7 Makara.

This neighborhood is less developed and further away from the riverside than Daun Penh or BKK1. Prices here are lower than in the city center, and new developments appear regularly. Finding a high-quality, affordable condo is easy in this district.

While 7 Makara is up-and-coming now, longtime residents believe that it will be a part of the city center by the end of the decade. International brands like Burger King have already moved in, and developers are scouting it for projects.

This massive potential for growth makes 7 Makara one of the best places in the city to invest in property. It’s less expensive and less saturated than more central areas, but it’s well-developed with high investment potential.

Daun Penh sits at the center of the city and is the home of its central business district. It also includes the riverside, many government buildings, and temples such as Wat Phnom.

This neighborhood is poised to experience exponential growth in the next decade. High rises have cropped up quickly throughout the financial district, and more development is surely on the way.

However, it’s also home to some of the highest real estate prices in Cambodia – especially along the riverside. Expect to pay at least $50,000 for a decent 1 or 2 bedroom with prices rising as you move closer to the river.

This district also has fewer condos available than other central districts. Given its status as Phnom Penh’s commercial hub, it has more commercial development than residential.

You can certainly expect plenty of growth in Daun Penh, but you will pay more and look harder for a unit here.

BKK1 is one of Phnom Penh’s most popular areas to buy a condo in as a foreigner. Yet due to BKK1’s oversupply, we think there are better locations. The city has other areas (like Daun Penh and 7 Makara) that are just as central with less residential supply.

It’s also well-known for its expat community. BKK1 is home to many embassies and international businesses, and its international schools attract expat families.

Since BKK1 is so popular among expats, its condo market has become expensive and oversaturated.

Units typically cost more than $200,000, and you likely won’t get much return on your investment. However, if you’re looking for a place to live full-time, BKK1 is an attractive option.

As an investor-friendly country, Cambodia’s taxes are generally low. The country’s annual property tax sits at 0.1% of the property’s market value that exceeds 100,000,000 Khmer riel, or $25,000.

Likewise, rental income is only taxed at 10% for residents and 14% for non-residents. Plenty of deductions also apply, lowering that amount further.

Others, such as a 2% levy on land owners, generally do not apply to condo buyers or foreigners.

Cambodian taxes are relatively low and, in some cases, rarely enforced. Many locals do not even register to pay. I personally don’t condone avoiding taxes, but that’s the reality on the ground.

Therefore, as a foreigner, hiring a real estate agent in Phnom Penh is often essential. Realtors will translate and deal with the local government for you, which can be difficult if you don’t know Khmer or local customs.

Whether or not you use an agent, you should carefully research the developer that you plan to buy from. As in other frontier markets, you only want to buy from those with a proven track record of high-quality work.

Some of the best property developers in Phnom Penh include Creed Asia, Borey Peng Huoth Group, and Shukaku.

Should I Buy a Condo or a Shophouse Apartment?

As I mentioned previously, Phnom Penh condos can be overpriced. In some areas, the market is even oversaturated. Condominiums don’t always get the best returns – especially compared to what you can earn from renovating a shophouse apartment.

Unrenovated units in old colonial buildings can be half the price and twice the size of a new condo. If you’re willing to put in some additional work (legal and otherwise), you can make hefty returns from renting or selling a renovated shophouse apartment.

However, Cambodia’s foreign ownership laws make buying shophouses more difficult compared to condominiums. Foreigners can own condos outright, but to own other property, they must have a land holding company.

Given that red tape, you should consider whether you’re looking for a residence or an investment. Shophouses require time, effort, and commitment to purchase and renovate. Condos may yield lower returns, but they’re much easier to buy and own as a foreigner.