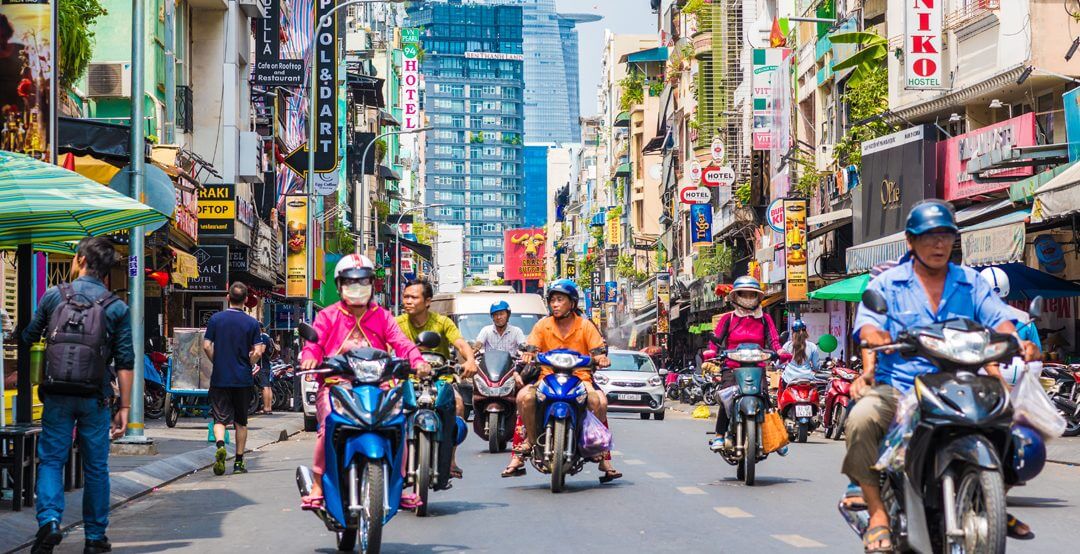 Imagine that you buy a house… but a few decades later, somebody comes up to your property and says that time’s up, it’s no longer yours. Welcome to real estate in Vietnam!

You may think this is an exaggeration, but I’m afraid to say that it isn’t. Despite the allure of Vietnam’s economic development (and the prospects of buying stocks or starting a company here), I am very much against purchasing real estate in Vietnam.

On paper, it doesn’t look so bad. After all, people bullish on Vietnam will point to the fact that the introduction of the Vietnamese Law on Residential Housing back in 2015 has made it far easier for foreigners to buy property here.

Yet once you’re on the hook and interested, realtors and developers will then try to ease you into the bad news.

Realtors in Vietnam say there are still some “minor” issues with purchasing real estate, like the fact that you’ll be restricted as to what properties you can buy depending on the number of foreign investors that are already in the area.

For example, outsiders are collectively limited to purchasing a maximum of 30% of the apartments in condominiums and they cannot own more than 10% of the properties in landed projects.

If that weren’t enough, they also limit the total number of houses that can be owned in a given city district by foreigners, which is a problem given that Vietnam is home to some of the world’s densest areas.

So, you may often find yourself blocked from investing in important regions before there is any sizable expat presence.

A combination between Vietnam’s population growth, urbanization rate, rising middle class, and strong economy means that real estate prices will surely rise in value over time. Unfortunately, you can’t truly own land in Vietnam – either as a local or foreigner.

The cherry on top is that you don’t actually own the whole real estate that you’re supposedly buying.

Many in the Western world are used to the idea that when you purchase a house, you own the land underneath the building as well. In other countries, Vietnam among them, it doesn’t necessarily work like that.

In law school, it’s often taught that real estate ownership is “a bundle of rights” to illustrate the complexities of property holding.

For instance, you might own a plot of land, but you might not have the right to build a skyscraper on it or open a shop there. These are rights that can be packaged into a contract or may not even be on offer.

In Vietnam, the bundle of rights that Westerners typically enjoy in less exotic locales has been separated from each other and there is no way of getting the whole package.

Essentially, you can purchase a structure that is on a plot of land but you’re in effect renting the land from the Vietnamese government for a period of 50 to 70 years, depending on location.

This is known as a leasehold, and typically it’s understood that the government will renew it if it ever lapses. Whether this is actually the case is up for debate.

Remember Who You’re Dealing With

It is important to remember that, less than 50 years ago, Vietnam was a communist country slowly transitioning to a freer market. The Socialist Republic of Vietnam, as it’s officially known, is still controlled by a one-party state that claims to be communist to this day.

As such, it’s not adverse to expropriations and it occasionally ignores property rights if they are not particularly convenient for them.

Therefore, some caution is advised, although I’m generally optimistic that real estate ownership will be more straightforward in Vietnam over the next fifty years.

As it stands, you would be bending to the whims of random ill-thought-out policies with no means of appealing them.

Take the so-called “Tube Houses” in Hanoi, where somebody had the bright idea of taxing you based on the width of your house.

As such, the invisible hand of the market directed architects to build longer houses that go deep into a building but have a short width (often no more than two people standing side by side).

This type of madness reminds me of the “window tax” in seventeenth-century Britain where they charged people by the number of windows they had. As such, people started to brick their windows to reduce taxes.

These types of policies didn’t work back then in Britain, and they don’t work now in Vietnam. But it will take a while for them to learn the historical lessons.

The lack of financial historical experience shows in many other aspects, like a weak local currency. The Vietnamese Dong has consistently dropped in value against the U.S. Dollar and most other major currencies over the past two decades.

Who’s to say that this trend won’t continue to be the case for the next two?

You Have Better Options Than Vietnam Real Estate

While you can take a gamble on Vietnam and make out rather well if you happen to get all the right cards in the right order, why bother? Vietnam pales in comparison to the dynamism of the likes of Cambodia within the scope of Southeast Asian markets.

I’ve written about Cambodian real estate before. Just to give you an idea of the numbers, 1m2 would cost you about $1,000 in Phnom Penh, Cambodia compared to $3,000+ in Ho Chi Minh City, Vietnam.

Perhaps it is worthwhile to mention that Cambodia skipped the 2008 Financial Crisis, the Dot Com Bubble, and the Asian Financial Crisis of the late 90s entirely. Overall, it has propelled past all obstacles and maintained GDP growth of more than 8% over the last decade.

On the other hand, Vietnam has maintained a respectable sub-7% annualized growth, but it’s no big secret that a lot of this success has been entirely dependent on China.

Some economists think Vietnam might be stopped by a glass ceiling – the so-called “middle-income trap” – where if they prove too expensive for their global superpower neighbour, the economy might collapse overnight as capital moves to less developed countries like Cambodia.

If that were to happen, Vietnam wouldn’t be able to pivot easily and the recovery process would be quite painful.

Vietnam’s state-owned enterprises are already straining under international competition and the government has had its work cut out for it in attempting to privatize them all without having to deal with a crisis of existential proportions at the same time.

Places like Cambodia, Malaysia, and the Philippines are far less bureaucratic when it comes to entrepreneurship and investing in property. Furthermore, you can actually own the real estate on a freehold basis instead of Vietnam’s pseudo-perpetual tenant relationship with the state.

At its core, the reason you shouldn’t buy property in Vietnam is that the opportunity cost of investing there is just too great when considering what other ASEAN countries have on the table.