Buying a Condo in Thailand? Here’s Why You Shouldn’t 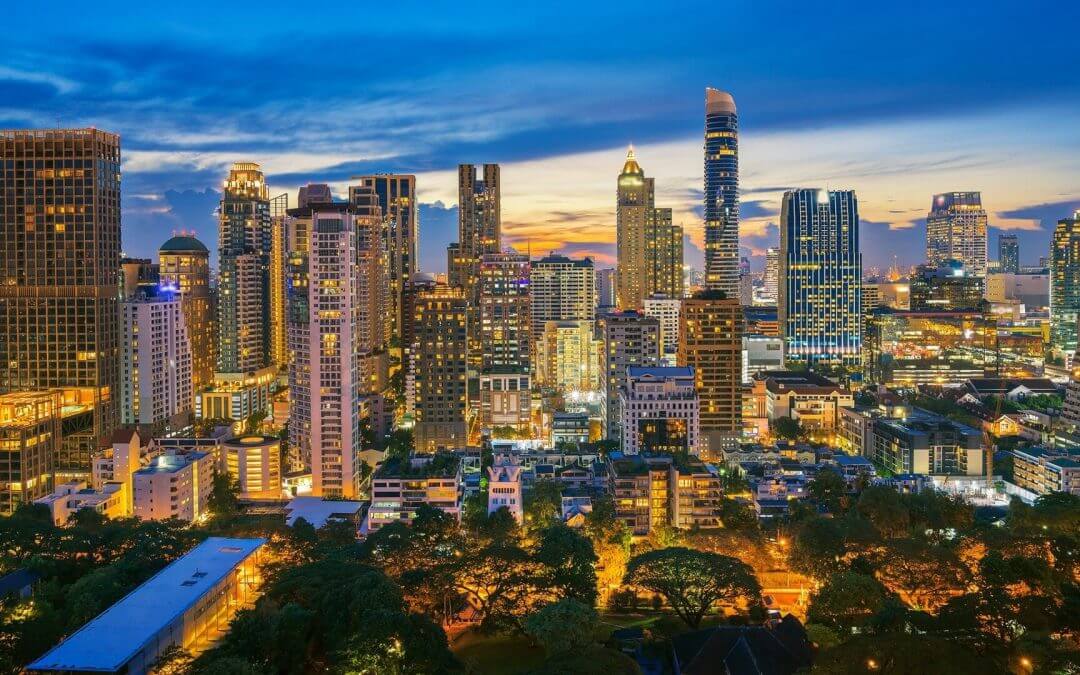 Want to hear an unpopular opinion? If you’re thinking about buying a condo in Thailand, the investment opportunities have largely come and gone.

Don’t get me wrong, Thailand is among the most popular places to invest in foreign real estate.  And it’s easy to see why people would do so, given that Bangkok is the most visited city in the world and people typically invest in places they’re familiar with.

Had you invested there a decade ago, as I did back in 2011, you would have done rather well. Broadly speaking, Thai property values doubled over the past decade. But unlike other places in the world, this trend is not likely to continue for the foreseeable future.

In this article, we’ll discuss why there isn’t as much upside potential left in Thailand when compared to nearby countries like Malaysia and Cambodia.

A French philosopher once said, “Demography is destiny.” This phrase is often used to explain that the future state of a society – barring some catastrophic demographic upheaval – can broadly be predicted based on the lifecycle and behavioral traits of a group of people.

For example, if the World Bank forecasts a contraction of about 10% in the working-age population between 2010 and 2040, then it’s not unreasonable to assume a contraction or stagnation in the economy if production capabilities don’t improve at a rapid enough pace.

This is the rather unfortunate situation Thailand now finds itself in during the 21st century.

It’s particularly worrying for Thailand as, unlike other countries with a decline of people of working-age, the fall will happen while the country remains an emerging market. Consequently, it cannot depend on automatization technologies to make up for the shortfall.

Simple economics dictates that if a factor of production is scarce, then it will cost more. Labor is no different. If the working-age population declines then the cost of producing everything will rise proportionally.

Thailand’s neighbors in Southeast Asia, on the other hand, do not face such a demographic crunch. Because of this, they can broadly follow the evolution to developed nations; wherein they can still supply labor at cheap rates while they advance economically.

If trends continue to develop as they do, Thailand is trapped in a situation where economic stagnation is a near certainty.

This begs the question: do you want to invest in a country where the supply of real estate is increasing while there is going to be downward pressure on demand? 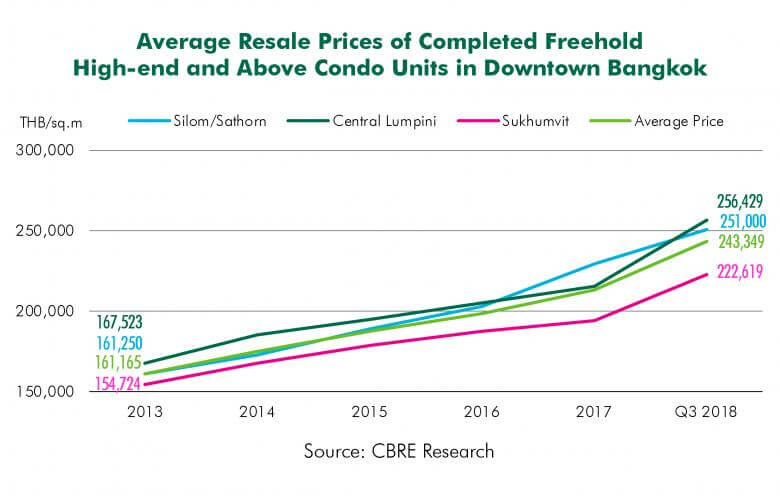 Soon after the Great Recession in 2008, buying a condo in Thailand might have been a good idea. Prices are simply too high compared with the rest of Southeast Asia right now though.

Thai Condo Values Are Too High

Let’s be blunt here, Thailand is not some far-flung territory which offers something that no other country can compete with. It’s in the center of one of the most dynamic and population-dense areas of the world.

Yet, if you go to Bangkok, it’s very difficult to find a condo in the city center for anything less than $7,000 per square meter. That’s especially true if you’re seeking a location within easy walking distance of a BTS station.

However, if you decide not to follow the crowds, and go to Kuala Lumpur in neighboring Malaysia, you can find a similar condominium unit for between $3,000 and $4,000.

The difference can be rather stark, especially considering that once you’re in Malaysia you’re a stone’s throw away from Singapore – one of the world’s most expensive cities where centrally-located condo costs at least $15,000 per square meter.

When you invest in property, it’s not a short term affair. Given the complexities involved in buying and selling a condo Thailand, as well as transaction costs, you’re possibly investing for decades when you purchase real estate here.

If you’re buying an apartment in Bangkok, you’re also hoping that the economy will improve enough over the next few decades to allow Thais to be able to afford (and want) to pay a higher price which is comparable to the appreciation of other asset classes.

Realistically speaking, this is an unlikely scenario.

Thailand faces the so-called “middle-income trap” wherein its labor becomes too expensive to supply a cheap workforce, but not advanced enough to transition to a high-tech service economy – so the country has no other option but to economically stagnate.

As it stands, Thailand’s population is still mostly rural, and given that its impending demographic implosion will increase wages, investors might prefer to go with safer bets in neighboring countries.

This could then create a vicious cycle where little new investment happens because there was no investment previously to industrialize the country.

Over time, this leads to underdeveloped financial markets and makes property financing more expensive and difficult, as what few organizations there are can charge a premium.

Even with underdeveloped financial markets, household debt in Thailand currently accounts for 80% of GDP this year.

It bears saying that it’s likely to be even higher, as lower-income people might not have access to traditional banks and depend on informal lenders, who charge high-interest rates. But they aren’t accounted for in official statistics.

Dissenters might point to the economic boon that tourism brings under normal times, yet Thailand is already among the most well-visited tourist areas in the world.

Yet despite this, the rural populations that make their way to the cities only do so seasonally to accommodate the waves of tourists as the need arises. They are not permanent residents.

In other words, if something doesn’t happen soon to change the very nature of the Thai economy, the majority of the population might stay in rural areas and never end up living in urban centers. This drastically reduces real estate growth potential in Thailand.

As for the few people who do end up going to the cities despite the odds, statistically speaking, they are so indebted that they could not possibly take on more debt to pay the higher prices.

Should You Buy a Condo in Thailand?

A Thai condo is a fantastic investment… if you’re a time traveler. Ten years ago, the country was poised for astounding growth. But now, the harsh realities of its demographics are beginning to catch up to it.

Despite the commonly seen trend in other developing countries, Thais are aging. Soon, they will start to age past a point where they can still be economically productive, which will put an increasing strain on their social care system and cost a fortune.

Eventually, around the year 2030, Thailand’s population will begin contracting.

This is happening around the world, but primarily in developed economies. Given that these other countries tend to already be industrialized, their population’s economic productivity widens.

For example, you could still work a middle class job in an air-conditioned office well into retirement age, as opposed to grueling physical labor. The shortfall is dampened thanks to technological advances.

Thailand, as an emerging market, does not yet have this luxury to the extent of its fully developed counterparts.

By the time its population ages, a major portion of the country will still work in agriculture and it won’t have the infrastructure and technology in place for a smooth transition.

As such, over time, internal demand for real estate will lessen. Foreign investors may, or may not, decide to still keep their money in Thailand. But given how competition from abroad will only increase (whether we’re talking about Vietnam’s lower labor costs or India’s English proficiency), I’m disinclined to believe that will be the case.

Every country rises and falls with the vicissitudes of market forces. However, it’s up to you to decide whether you want to drown or sail to more promising waters.

If you’re a foreigner and your primary goal is investment, look toward places like Cambodia, Malaysia, or even the Philippines instead of buying a condo in Thailand.