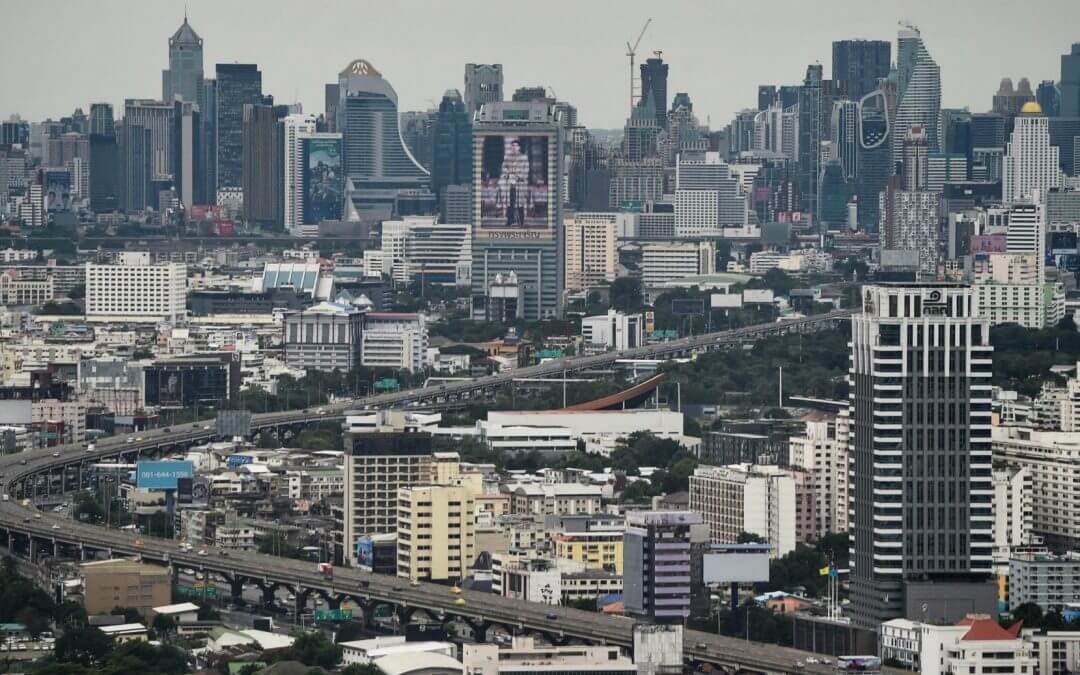 There is one country that undoubtedly comes to mind when someone mentions Southeast Asia: Thailand. Foreign property ownership in Thailand is among the most popular methods of direct investment in Asia.

Westerners will sometimes automatically direct their attention to the “Land of Smiles”. Thailand is among the most heavily-touristed countries on earth, after all.

People tend to invest in what they’re familiar with. That is why Thailand is usually the first place considered when people have convinced themselves to invest in Asia.

Yet, this desire is not typically borne out of sensible financial considerations. The reason most potential investors consider Bangkok is the most visited city in the world. Of course, that doesn’t mean that the investment climate is ideal for foreigners.

In the past, we’ve covered the prices and the aspects to take into account when purchasing Bangkok real estate, and we’ve also considered some of the reasons why buying condos in Thailand might not be ideal.

Today, we’ll discuss what you need to know about foreign property ownership in Thailand. Specifically, what foreigners can and cannot own, requirements, perks, visa allowances, and more.

We will start with the bad news.

Foreigners Cannot Own Land in Thailand

It’s a sad reality of Asia, but more often than not, foreigners cannot legally own land. Thailand is no exception.

This tends to be the sign of economies which haven’t yet fully adapted to the “Washington Consensus” – a set of economic prescriptions designed to help a country incorporate into global financial markets, eventually reaching the level of developed economies.

As such, because Thailand is still developing as an economy, it hasn’t had the opportunity to modify its policy prescriptions. There is always a bit of jingoistic zeal mixed in with these types of restrictions as well. But perhaps in time, this too will change.

For now, though, land can only be leased on a 30-year basis if you are not a Thai citizen.

It’s a bit of a strange concept to wrap your head around: foreigners can own structures (including houses and villas), but not the actual land they sit on.

While it is common in many Western countries for property ownership to be an all-encompassing concept, that is a bias of our own culture; legally speaking, the matter is far more complicated.

Lawyers in Thailand may deem property ownership to be a “bundle of rights” that can be bought, sold, and traded for prolonged periods of time.

What happens in Thailand, and many Asian countries, is that the “bundle of rights” gets unbundled. Hence, you can own property, but not the land it sits on.

Consider it like putting your car in a parking space. Once your parking meter runs out, there will be fines to pay if there is anything left standing there. In practice though, these types of agreements tend to be prolonged without major complications.

However, there are people who try to sidestep these potential legal issues and get around the land ownership rule by using a company or nominee structure. It makes sense, as corporations are technically distinct legal entities from its directors.

Unfortunately, while this is possible in some countries, it is specifically not allowed in Thailand. As such, a lot of effort is fruitlessly expended to try to bend the laws instead of trying to go with the grain.

Instead of fighting the system, why not do what is allowed and garner those benefits? 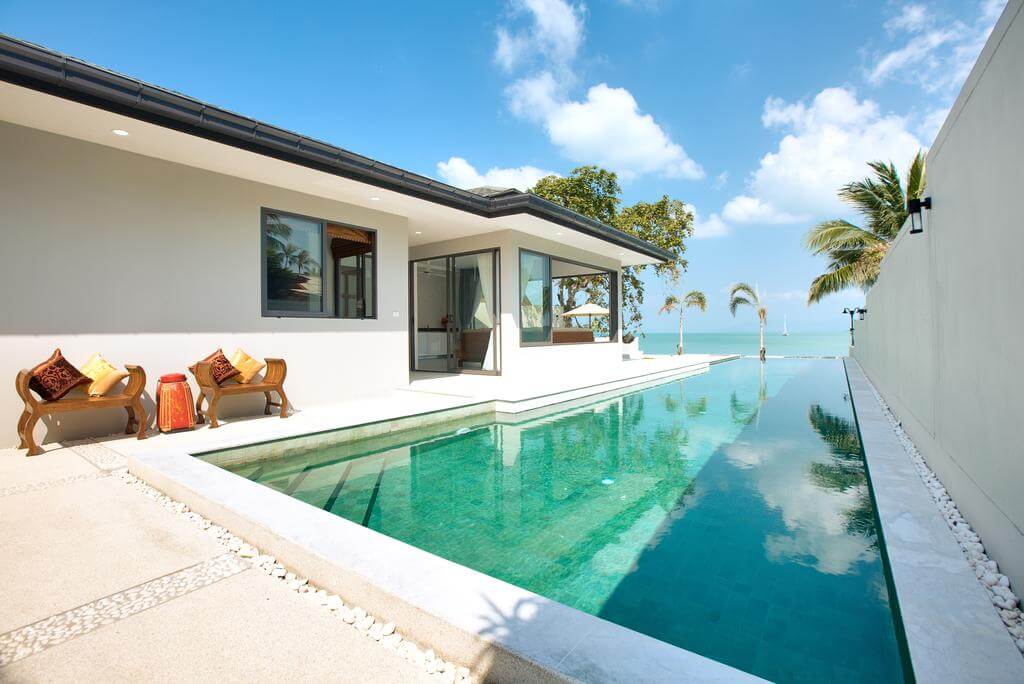 You can own condo units in Thailand on a freehold basis as a foreigner. Houses and villas remain off limits to non-Thais though, except for long-term leases.

Foreigners Can Buy Condos in Thailand

Foreign buyers can fully own condo units on a freehold basis in Thailand. In other words, while you cannot buy the land underneath a large apartment complex, you can certainly buy a portion of the apartments on that land.

However, as always in Thailand, things are not as straightforward as they initially seem.

There are rules that state that foreigners cannot own any more than 49% of the floor space in any single building. In practice, it is uncommon to find buildings that even come close to meeting the 49% foreign ownership threshold though.

Nevertheless, this partially means that your ability to invest depends entirely on whether or not a given property is popular with other expats.

Despite it not being its original intention, this restriction can serve to a certain extent as an early warning system that something is overvalued.

Given that the average Thai’s monthly salary is 14,620 Thai baht ($468), the likeliest culprits for pushing up real estate values are other foreigners, who have enough capital from abroad to be able to warp the internal markets.

As such, not being allowed to invest in properties that are primarily expat-invested, might actually be a good thing.

Thailand, in general, is a country that is careful with how foreigners interact with it, but it has built in certain incentives to motivate investments in the country.

The Benefits of Investing in Thai Property

Thailand has recently been trying to shake its reputation as a place where cheap digital nomads can set up shop and is now  trying to cater to a higher caliber audience.

To qualify for its investment visa program you have to purchase property worth ten million baht (around $320,000), which is a steeper price than other such programs.

For example, the indefinitely-postponed MM2H residence program in Malaysia, which required MYR 300,000 (about $72,000) to be invested used to be better value for money.

Nevertheless, a Thai property investment visa allows you lifetime access to one of Asia’s most centrally located and dynamic economies. In addition, it lets you live in Thailand permanently, if that is your main goal.

To qualify for this investment program, the purchase must be directly from a property developer and certain other rules must be followed to obtain this visa.

However, this law is not in effect yet. More info can be found here.

Is Foreign Property Ownership in Thailand a Good Idea?

Property ownership in Thailand as a foreigner has its drawbacks, though much the same can be said about many other areas in Asia. Many of these issues are part and parcel of the growing pains of a developing economy.

Nevertheless, as time passes, and the economy develops, there is great potential upside. I am admittedly of the opinion that, while popular, Thai property tends to be overvalued.

Having said this, just because an area tends to be overvalued doesn’t mean that it is entirely without merit. Thailand is a country with much on offer.

Full disclosure: I’ve actually gone through Thailand’s residence investment program myself. While I cannot speak for Thailand’s future, I’ve done rather well since investing here almost a decade ago and found the program reasonably straightforward.

Times are changing. Whether it ultimately turns out to be a good decision for you depends on what your investment horizon is, and what you’re looking for!