Japan boomed during the late 20th century. In fact, some analysts at the time even thought the Japanese economy would surpass the United States to become the world’s largest.

Japan’s economy remains incredibly weak today, over 25 years since then.

Indicators show that the Japanese economy will become even less significant – and it’s already happening. China surpassed them as the world’s second largest economy back in 2010. India’s GDP should also overtake Japan’s by 2030.

Japan is historically a very protectionist and homogenous society. Yet the government realizes its problems. Because of this, they’re reluctantly opening up to greater foreign investment and making it easier to do business in the country.

The question is: will it be enough? We’ll look at some of Japan’s major challenges and how the country is tackling them.

Japan is one of the world’s oldest nations. The average age here is 47 – the second highest only next to Monaco. That’s in addition to its high life expectancy of 84 years old.

Japan’s fertility rates are at a dangerously low level as well. Two people generally must birth at least two children for a population to replace itself. But the average Japanese woman has only 1.46 births which is far below the replacement rate.

Japan will face rapid population decline throughout the coming decades because of this. A high proportion of retirees to working-age citizens, combined with its falling population, are already hampering economic growth.

It’s almost a given that these demographic issues will get worse before they improve. And they will affect Japan’s economic prospects for generations to come. 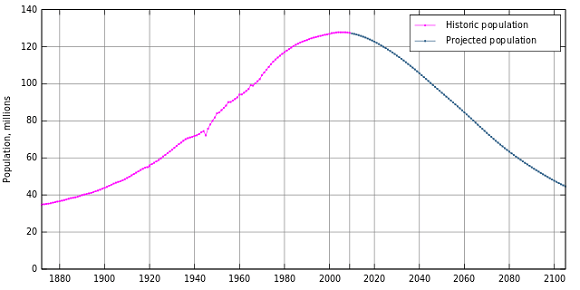 Before the end of this century, Japan’s population will fall from its current 127 million to barely over 40 million.

Japan has a reputation among foreign investors for being difficult. Everything from opening a bank account to getting a visa is a bureaucratic process.

Lawmakers are taking steps toward making things easier though. Let’s see what they’ve done so far.

The number of foreign workers in Japan tripled over the past 8 years. Looser requirements for bringing low-skilled workers into the country have eased concerns over staff shortages in the manufacturing sector.

High-skilled workers also now have a simplified, point-based application for getting long-term visas and permanent residency in Japan too.

There’s an important difference between “immigrants” and “foreign workers” though.

Immigrants create a life and stay in a country long-term. Foreign workers are temporary and serve the purpose of filling labor shortages – not fixing broader demographic issues.

Policies are surely moving in the right direction. But Japan isn’t competing with its own former laws. They’re competing with other countries in Asia that are significantly more open to expats and foreign investors.

Japan’s immigration reforms don’t look so great when compared to places like Malaysia, South Korea, and Singapore. These countries are more welcoming to both foreign workers and those staying on a more permanent basis.

Future of the Japanese Economy

Most problems in this article are curable. Robots and technological advances could potentially solve labor inefficiency, for example. Better investment laws can attract capital and jumpstart economic growth. Looser immigration laws can prop up a falling population.

With that said, lawmakers must step up their game. Japan’s current policies are nowhere near sufficient or appropriate given the nation’s dire issues.

Time will tell whether Japan gets its act together or not. In the meantime, we suggest investing elsewhere.

Lots of other countries in Asia have solid demographics, forward-thinking policies, and frankly, a better future than Japan.