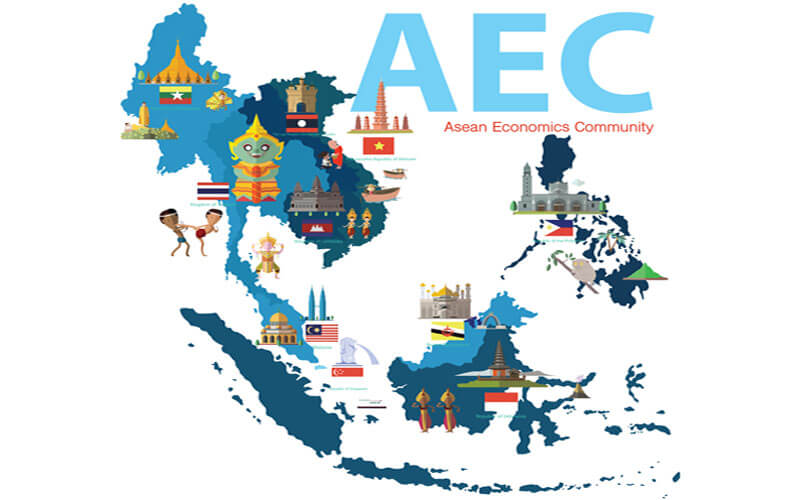 The ASEAN Economic Community (AEC 2015) arrived recently. Yet the difficulties of creating a single market of over 600 million people makes investors concerned about the economic bloc and its future.

Here’s a quick overview if you haven’t heard much about the ASEAN Economic Community or don’t know what it is.

AEC officially started in December of 2015. The community’s stated goal is enabling a free flow of trade, capital, and labor between the ten member nations of ASEAN.

Several high-growth emerging and frontier market economies are a part of ASEAN. Included in its ranks are Vietnam, Cambodia, the Philippines, Thailand, and Indonesia among others.

A few details of the bloc are similar to the Eurozone. However, AEC doesn’t include some of the arguably less successful measures, such as a shared currency and central bank.

Comparisons to the European Union might have been positive thing ten years ago. Yet recent developments like Brexit and the Migrant Crisis make some people worry if similar unions are a good idea.

Regardless, the union was preceded with much hype at the time. Banners all across Southeast Asia proclaimed “AEC is coming!” several years in advance leading up to 2015.

Nothing really happened once it finally launched though. It’s now 2019 and barely anyone talks about the ASEAN Economic Community. So what went wrong with the AEC? 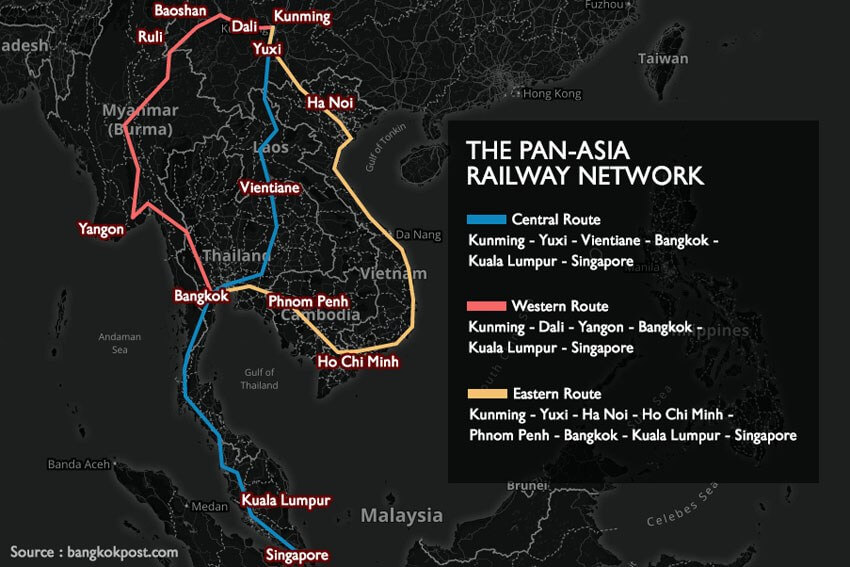 The master plan of ASEAN’s high speed rail system which will eventually extend from China to Singapore.

Some goals are seeing more progress than others. Specifically, moving products and money is proving far easier than moving workers and companies.

That’s shown by the type of laws being implemented, along with a clear focus on infrastructure projects throughout the Southeast Asian region.

For example, Laos introduced “one-stop service” procedures in their customs department. This cut the processing time for cross-border shipments by around half in this small country that is infamous for its bureaucracy.

At the same time, several high speed rail developments in ASEAN are either in the planning or construction phases. Thailand is moving ahead despite a recent delay of a high speed rail link between Singapore and Kuala Lumpur.

Many countries still need to improve their investment and immigration laws to meet AEC goals though. While members have met about 80% of the community standards, the remaining 20% will likely prove most difficult.

Every AEC member must follow its requirements without exceptions. One is that businesses in most sectors must permit majority foreign ownership. Nonetheless, only a handful of nations allow foreign corporate ownership in any meaningful way.

Cambodia and Singapore are among the least restrictive for global businesses. Thailand is the most, allowing foreign ownership of just 49% in all types of companies.

Similarly, AEC 2015’s plans for a freer flow of labor are very challenging for lots of countries in ASEAN.

Places like Thailand, Malaysia and Singapore have laws that demand foreigners can only work if a suitable local cannot be found for the position. Meanwhile, work permit and visa laws are strict in places like Laos and Myanmar.

Fears of political unrest are also a concern if foreigners take too many jobs. Singapore had rare protests back in 2014 because of what some saw as foreign talent taking jobs from locals.

Some nations, such as the Philippines, have a large number of English-speaking laborers who are willing to work cheaply.

The AEC’s optimism could quickly turn to rage if Southeast Asia is overrun by workers that are more talented, speak better English, and will accept less pay.

AEC didn’t, and won’t arrive on a single day. The community will rather be phased in over time.

Measures that sound good in theory might not be popular in practice. Full implementation will require small, gradual steps.

It won’t happen immediately. Perhaps not even within the next decade. However, the ASEAN Economic Community will eventually transform Asia’s business, investment, labor, and trade environments forever.

Long-term investors should take note of the AEC. As always, early movers will gain the most.