Best Places to Invest? They Aren’t Where You Think 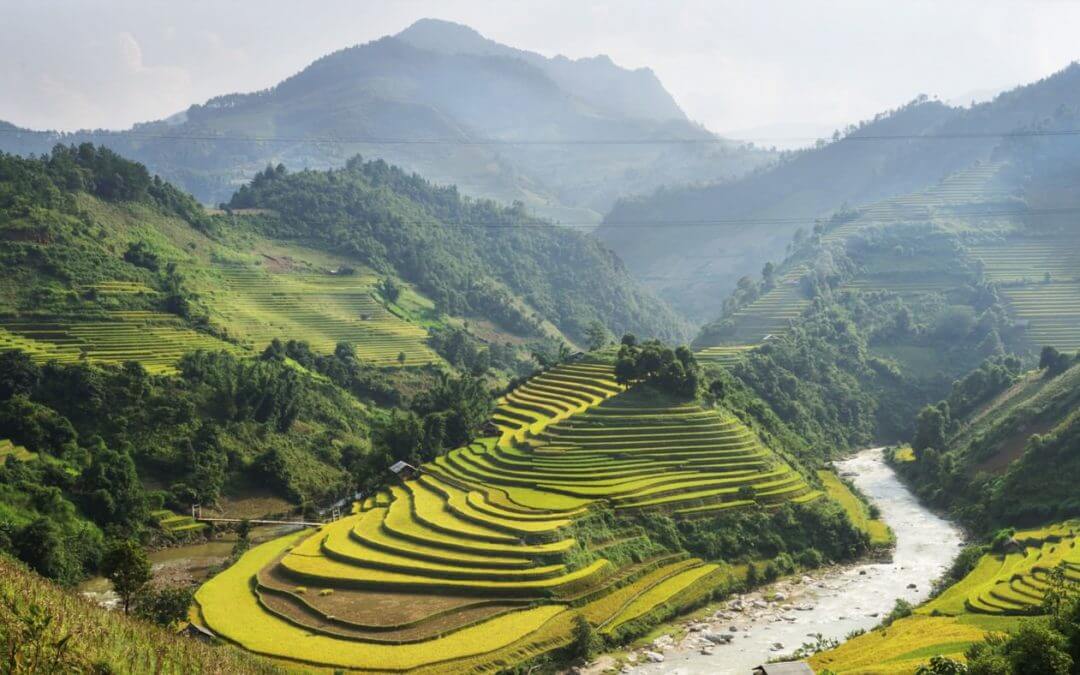 There isn’t any shortage of investment advice on the internet. Everyone appears to have their own ideas about the best places to invest, whether it’s stocks in Korea or student housing in Singapore.

It’s certainly no coincidence that the people giving the advice often stand to gain from people following their recommendations.

There are over 190 countries on Earth. Most of them are places you probably aren’t aware of, let alone considered investing your money in.

We all know about large economies like China and Japan. Their stock markets are easily accessed by anyone with an internet connection and an online brokerage account.

Easy accessibility isn’t always positive though. While the fact that you can trade Japanese stocks with your US brokerage account makes them convenient as a foreign investor, it also makes them completely oversaturated with capital.

Cambodia hasn’t had a recession in over 20 years. Here’s a chart showing the frontier market’s annual GDP growth rate since 1995 alongside the world’s average.

However, in the most basic sense, it states that the price of an asset already reflects all publicly available information about it.

A direct result is that you can’t beat the market – at least according to efficient market theory.

For example, a stock can’t sell at a discount if all available information is already priced into it. The stock will always sell at its fair value because smart money, which makes up the majority of transaction value, already knows what to expect.

Efficient market hypothesis is more applicable to publicly traded companies on the New York Stock Exchange. Large financial institutions, along with their highly paid analysts and complex algorithms, will immediately buy a stock when it becomes a bargain.

They’ll also do it faster than a personal investor ever could. In a small fraction of a second, hedge funds and other institutional firms can make a decision and execute a trade.

As a result, any asset mathematically proven to be undervalued doesn’t stay that way for long. Wall Street jumps on these split-second opportunities before smaller investors are even aware they exist.

On a major stock exchange like Tokyo’s or London’s, the vast resources of corporate finance are able to outcompete smaller investors.

Imagine this: you’re looking at Google Finance and waiting for the page on your online brokerage account to load. Meanwhile, hedge funds in New York and Hong Kong are running algorithms and making hundreds of trades per second.

You might consider investing in high-growth countries that aren’t yet overrun with large investors.

Emerging and frontier market economies offer surprisingly equal playing fields in a world where it usually takes billions of dollars to buy an advantage.

Goldman Sachs and Blackstone don’t have offices in Cambodia. Vietnam’s stock exchange hosts several hundred listed companies with little or no analyst coverage. And Wall Street isn’t out looking for real estate in the suburbs of Manila.

Unfortunately, the world’s largest stock exchanges are running out of “hidden gems” or “secrets”. Frontier markets like the Philippines and Mongolia have plenty though.

The only caveat? Investors must put forth a greater amount of effort to buy property or trade stocks in frontier markets. But we still think these countries are among the best places to invest in the world.

Google Finance can’t help you in frontier market economies, so you might have to discover deals on your own. It’s a steep learning curve although the results can prove highly rewarding.

You can beat the market. However, the only way is to invest in countries where you still have a competitive advantage.

In summary, the best places to invest are oftentimes in foreign markets where barely anyone else is looking.