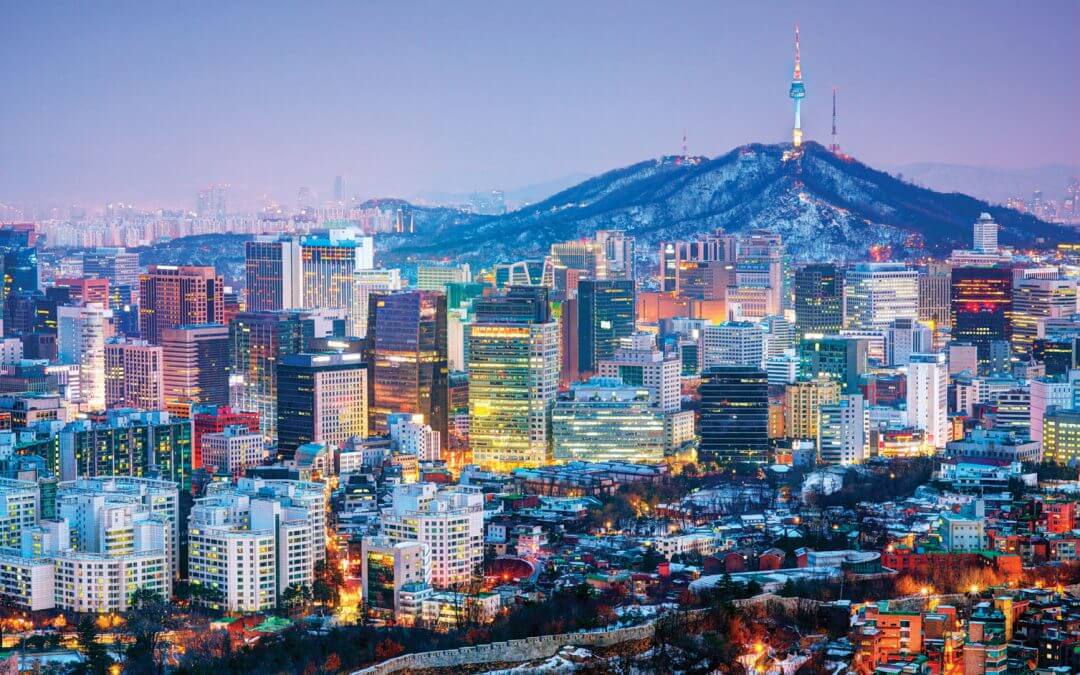 You may imagine that South Korea doesn’t stand a chance of ever surpassing Japan. After all, the Korean economy is barely over 1/4th of its neighbor’s size right now.

Japan was Asia’s most important regional power for centuries – at least until China caught up in 2010. However, Korea is a slightly poorer country and has just 50 million people compared to 120 million in Japan.

You’d be correct in saying Korea probably won’t catch up to its larger, more populous neighbor in the short to mid-term. But there are several reasons why South Korea could outgrow Japan within your lifetime.

It’s crucial to consider a nation’s long-term growth prospects before investing abroad. A rising Korea and declining Japan certainly does have wider implications for anyone investing in Asia.

Back in the early 1990s, did you even know Samsung or Hyundai existed?

Chances are either you didn’t, or if you did, considered them inferior junk brands. There was a time not too long ago when Korea manufactured products had a similar reputation to Chinese goods today.

Things can change quickly, and the Korean economy boomed since the 1970s. Samsung now competes with Apple. Meanwhile, Hyundai competes with Toyota.

Nowadays, Korea is a developed county (regardless of what some emerging market ETFs invest in). It’s growing at a respectable rate of about 3% despite Korea’s status as a wealthy country.

Compare all that to Japan’s recent history. After going through its own expansion phase in the 1970s and 1980s, GDP growth declined to 1% during the 1990s.

People call Japan’s period of economic malaise the “lost decade”, but it’s really more like three decades. Japan’s GDP growth stayed at around 1% since the 90s until this very day and never truly recovered.

Debt levels and inflation have also spiraled out of control in the past 30 years. So if anything, Japan’s economic prospects have deteriorated further.

The Korean economy is simply stronger and enjoys a more consistent track record of growth. Because of this, South Korea will soon be richer than Japan on a per-capita basis. That’s despite the former spending the past few decades catching up.

A chart showing South Korea’s GDP per capita compared to Japan’s since 1990. You can see that while Korea originally lagged behind, they are catching up quickly.

Better Demographics in Korea Than Japan

A long history of consistent growth is good. But how do we know Korea won’t spiral into a downward trend in the same way Japan did?

Likewise, why couldn’t the Japanese economy simply speed up once more compared to Korea’s?

Demographics lead to the answer. Japan currently suffers from one of the oldest populations in the world – second only to Monaco, in fact.

The nation’s elderly population necessitates a welfare state. More people need pensions and healthcare, less people are of working age, while Japan is becoming less productive as a result.

And these highly concerning demographic trends will continue getting much worse before the end of the 21st century.

Why will they get worse? Because Japan’s aging population, combined with a low birth rate, will lead to severe population decline for the foreseeable future. This troubling trend will continue until the end of the 21st century, probably long after we’re all dead.

South Korea’s demographic situation isn’t anywhere near as dire. Its population will rise until around 2040 before declining at a less significant rate when compared to Japan.

Believe it or not, North Korea might be the deciding factor in whether the Korean economy can overtake Japan’s total GDP in the long-term.

It’s surely not guaranteed. But a successful reunification of the Korean peninsula could, at least potentially, lead toward a greater population along with stronger economic growth.

North Korea’s population now stands at approximately 25 million. Combined with yet another 50 million living in the South, a unified and more populous Korean economy would very easily compete with Japan’s on a national level.

Reunification would be a rough process, to say the least, involving a brutal war followed by a long process of integrating millions of brainwashed North Koreans into a modern-day society.

The end result might be a source of cheap labor and natural resources though. A unified Korea stands a real chance of not only being more populous than Japan, but also richer.