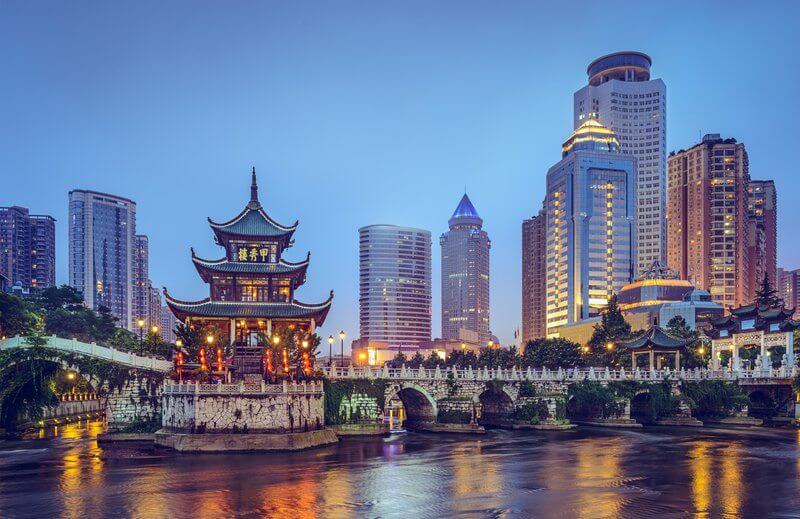 Wealthy Chinese citizens understand why you should diversify your portfolio arguably better than anyone.

Most of our readers know that Asia’s largest economy saw rapid development over the past few decades. That was mostly because of entrepreneurial spirit, privatization of state-owned companies, and economic liberalization since the 1980s.

China is now cracking down on offshore remittances though. Beijing is doing everything they can to keep money inside the country as growth stalls and domestic spending weakens.

That won’t stop capital from flowing out of China. People always find a way. But stricter rules have forced people to become more clever when transferring money and investing offshore.

Here are three assets that rich Chinese investors are buying up. All of these investments are anonymous – at least to China’s government.

Chinese investment in offshore real estate reached a record high in 2016. Predictions show it will be even higher this year, despite more limits on transferring money outside of China. It’s hard to stop capital flight once it begins.

Remember: the whole reason why rich Chinese entrepreneurs are investing abroad is because they do not trust their government. Foreign property gives them a bolthole in another country, a place for their children to live while they go to school, and perhaps even a second residency.

Better yet, few governments make you report foreign real estate holdings to them. That alone is a massive benefit compared to stocks, bonds, private equity holdings, or the vast majority of other assets.

Actually, there are several reasons. Low taxes, a strong rule of law, and an unusually forward-thinking government helped the amount of bullion sold in Singapore rise exponentially since the early 2000s.

Chinese demand for gold and silver is perhaps the most crucial driver of sales though. Beijing imposed import restrictions on gold last year. Of course, that doesn’t stop people from buying gold offshore and keeping it in one of the world’s many anonymous vaults.

Gold and silver don’t pay rental income each month. Nor can you live in them and use them as a second home. But they’re proven hedges against inflation and would probably guard against any depreciation of the Chinese Yuan.

Plus, it remains much easier for rich Chinese investors to buy gold and silver bullion compared to international property. Even if it’s not nearly as effective as a cash-flowing asset.

I can admit to mistakes. I should have bought cryptocurrencies such as Bitcoin far earlier than I did.

My original view was that Bitcoin is a volatile and inferior version of gold. After all, gold already is a sufficient hedge against inflation. Why purchase a digitalized version of something that has been a storage of wealth for centuries? It’s redundant.

But I underestimated the extra value added by digital currencies. Specifically, the ability for you to transfer and store them easily and completely anonymously.

Furthermore, I underestimated demand for those traits and the reception of cryptocurrencies in China. Bitcoin rose from less than $1,000 at the beginning of 2017 to $5,000 several months later.

It’s not a coincidence that this dramatic rise happened at a time when China’s capital controls were intensifying. 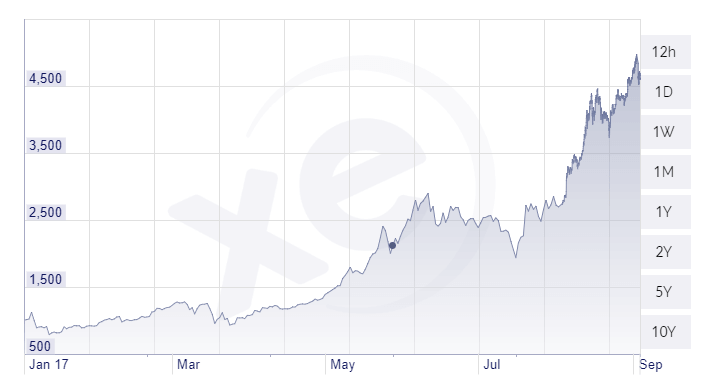 Bitcoin’s appreciation from the beginning of 2017 until September of that year. Crypto prices, albeit lower than their 2018 highs, have nonetheless doubled since then.

Cryptocurrencies are indeed far more volatile than precious metals. They don’t have real world applications either. Jewelry, electronic parts, and many other things are made out of gold and silver.

Yet digital currencies are also more liquid and boast much lower transaction costs – and that’s not even counting the extra anonymity benefits.

For example, you must find a buyer and pay spreads if you want to sell physical bullion. Selling Bitcoin or Etherium takes a few minutes and a small $5 fee. It’s not necessary to interact with a bank or anyone else.

Now you know how China’s rich are preserving their wealth for future generations. Would you like to guard your portfolio in the same ways?