China’s Belt and Road Initiative: How Can You Profit?

The Belt and Road Initiative, sometimes called the New Silk Road, deserves way more attention than it gets. China’s pet project could change the very nature of our global economy during the next several decades.

For over 1,500 years between between 100BC and 1450AD, China ruled the land and seas. The “Middle Kingdom” controlled the Indian Ocean, Strait of Hormuz, and beyond. Multiple trading routes flowed from the eastern world into Western Europe.

That all helped China become one of the wealthiest nations on the planet. Exporting to Europe was much easier because of the country’s well-established trade routes.

Eventually, Mongols and Turks invaded China and led to the decline of its original Silk Road. Yet China has big plans to revive its historic trade routes in the 21st century.

Huge amounts of infrastructure investment will help make China’s lofty goals a reality. Billions worth of yuan in ports, railways, and roads are already being built across Eurasia. And China is financing the vast majority of its neighbor’s construction projects.

China’s not giving away all this modern infrastructure merely for the benefit of others though.

The terms of Chinese loans vary based on the specific project and country. But typically, China either loans money for these projects or gets the right to operate and profit from them.

Belt and Road will also let China export its products easier, faster, and at a lower cost. Likewise, labor and materials are exported during the construction phase. This boosts China’s economic growth.

This is aimed at keeping the Chinese economy strong as the mainland becomes saturated with new roads and railways.

Who Will Profit from Belt and Road?

China is the obvious beneficiary of the Belt and Road. However, some places have even greater upside potential because of their geographic location.

Kazakhstan is one of these countries. It’s the world’s ninth largest by land size and they share a northwestern border with China. This makes Kazakhstan absolutely essential for China to build infrastructure between themselves and Europe.

Without Kazakstan’s help, China has only two ways to build a land-route into Western Europe. The first is a much longer route through Russia. The second means going through a historically unstable middle-East.

Both of those options are far too expensive and risky. Certainly compared to China teaming up with Kazakhstan. 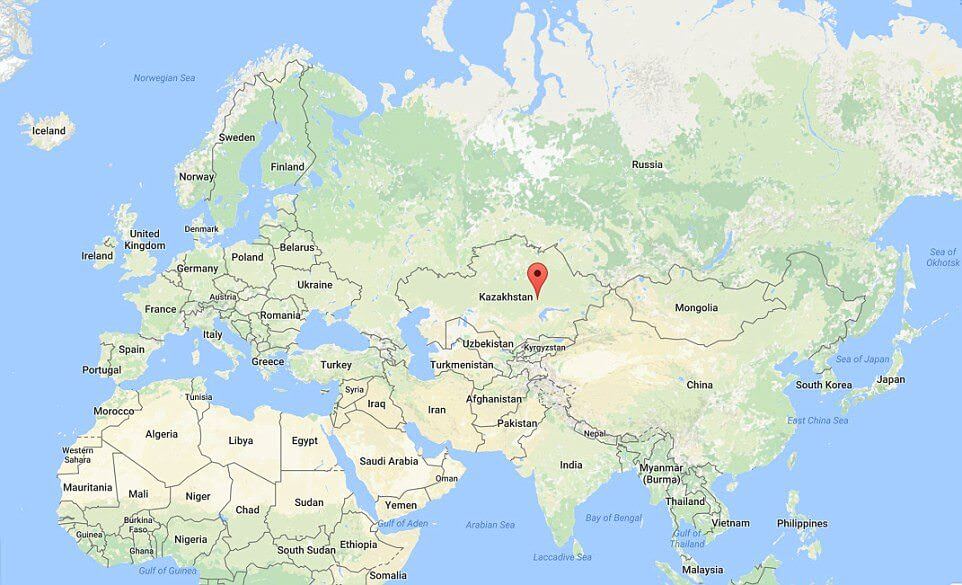 Simply looking at Kazakhstan’s place on the map will make you understand why China needs their participation in the OBOR initiative.

Cambodia stands out as a major beneficiary too. It isn’t nearly as vital to transportation across Eurasia. But the Southeast Asian nation is one of China’s only “real friends” in the whole region.

For example, Cambodia stopped the Association of Southeast Asian Nations (ASEAN) members from creating a unified stance about disputes in the South China Sea.

Cambodia uses its veto power against fellow ASEAN members Brunei, the Philippines, Vietnam, and Malaysia whenever this problem comes up.

Mongolia will also gain a lot of financing and investment relative to its small size. It is the least densely populated nation in the world. But Mongolia is rich in natural resources including coal, tin, copper, and iron.

More importantly, Mongolia shares a southern border with China. Naturally it prompts a surge of cross-border trade and investment between the two. After all, China’s starting to deplete its own natural resources.

Of course, Mongolia also needs China. That’s partially because Mongolia is landlocked between China and Siberia.

If Mongolia ever wants to profit from its vast resource and mineral wealth, there isn’t any other option besides having a modern rail transport system combined with strong political relations with China.

Some experts remain skeptical about China’s true motivations surrounding the Belt and Road Initiative. The project’s economic benefits are obvious. However, it’s possible that China’s real goals are geopolitical in nature.

Belt and Road gives China vast economic and political leverage over its investment “partners”. In some cases, infrastructure loans given out by China have high interest rates and recipients have little ability to pay them back.

Nations that are in debt with China could have to compensate with other favors.

Furthermore, China can “lock in” future military and economic alliances with the countries they invest in. Would you want to side against China in a potential war, while they own and operate all your infrastructure?

Those are highly interesting topics to me personally. Our global power structure could depend on how these events unfold.

But as investors, our primary goal is making money – not political speculation or “taking sides”. Smart investors should diversify their portfolios and prepare for any outcome.

Regardless, there’s plenty of money to make with the Belt and Road Initiative. It’s important to choose the places you invest in carefully though.