Why India Will be the World’s Largest Economy 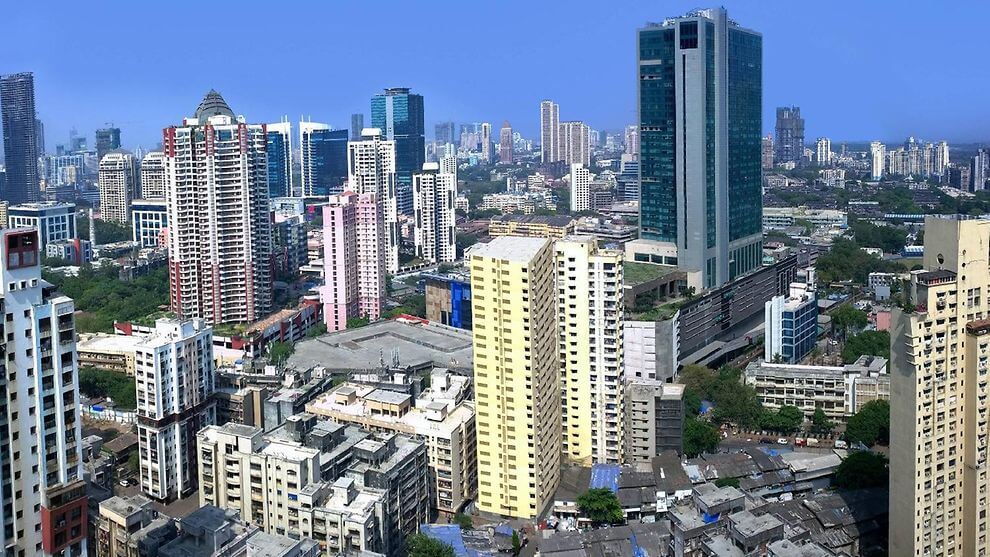 We’ve all heard about China’s immense growth over the past several decades. They’re now the world’s second largest economy, and will arguably soon become the first.

India enjoys even greater long-term investment potential in its stock and real estate markets though, despite getting far less news coverage.

Why should you invest in India? Economists have great reasons to believe India’s economic rise will tread a path similar to China’s.

Others even think India will eventually outperform China (and the United States) over a multi-decade timeframe to eventually become the world’s largest economy.

For example, analysts at Citibank said that India will leap from its current spot at number three, surpassing the GDP of every other nation on the planet by around the middle of this century – around the year 2050 or so.

It’s impossible to predict exactly what will happen 50 years from now. Countless economic and political changes have occurred since the 1970s that nobody from back then could imagine.

So you’d be correct to view claims that India will become the world’s biggest economic force with a healthy amount of skepticism.

There are compelling reasons why India could become the world’s largest economy over a longer period of time though. It might not happen anytime soon, but almost surely will before the end of this century.

Here are the reasons why India will soon become the world’s largest economy, and why you may want to consider investing in India during the 2020s.

First, India’s population will rise while China’s begins to weaken. Birth rates and life-expectancy aren’t hard to extrapolate over the long-term. Indicators show that India will have a population of nearly 1.7 billion people by 2050, increasing from its current 1.3 billion.

India will also have the biggest working age population on the whole planet before 2050. More than 800 billion people in the country will be between the ages of 15 and 64 by that time.

This means India will benefit from greater productivity and won’t be affected by an elderly population in need of pensions and social welfare.

Meanwhile, China will see a demographic crisis as its population shrinks. Their birth rate already ranks among the world’s lowest and the country’s one child policy is mostly to blame.

The one child policy officially ended back in 2015 but its effects will prove negative and long-lasting.

Chinese couples could only have a single child from 1979 until the policy’s termination. Yet two people must birth at least two children for a population to achieve its replacement rate.

Couples who gave birth under the one child policy are just now reaching retirement age. As a result, the elderly dependency ratio is rising. China’s population will then rapidly fall once this generation starts dying about 20 years from now.

India doesn’t have the same problem. Their population is set to increase to a staggering 1.6 billion as China’s declines in the meantime. 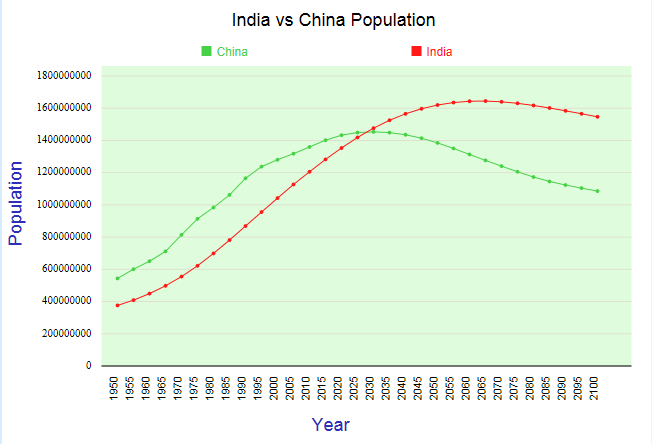 A chart showing India’s long-term population growth projections. Current projections are that India will surpass China’s population before the year 2030.

Secondly, India’s economy in general has a lot of room to rise. A large amount of deregulation is expected by the end of this decade and foreign investment in India is already booming.

The Chinese demographic crisis hasn’t even truly started yet. Nonetheless, its economy is already showing signs of weakness because of entirely different reasons such as a trade war with the United States and strong competition from Southeast Asian manufacturers.

A satellite picture of India in 1994 alongside a picture taken in 2010. You can easily understand what India’s economy accomplished in just under two decades. And the difference is even more vast in the 2020s.

How You Can Invest in India in 2022 and Beyond

That’s especially the case in the early 2020s, at a time when traveling to India isn’t really feasible.

Foreigners cannot own freehold property in India. Meanwhile running a business in India is bureaucratic to put things lightly.

The government intends to make life easier for international companies, or so they say, although any noticeable progress will almost certainly take time, given current circumstances.

Trading on the Indian stock market is the easiest way you can invest here. Even if you can’t trade directly. Foreign individuals aren’t allowed to buy stocks in India, but institutional investors are permitted.

As such, you can purchase shares in an India ETF which directly own stocks here. Examples of such ETFs include iShares MSCI India (BATS:INDA) through a U.S. brokerage account.

Buying shares in an Indian ETF or directly starting a business here are unfortunately the only two feasible ways you can invest in India as a foreigner.

Running company incorporated in India can be a total pain, but that isn’t necessarily a bad thing if you’re willing and capable of putting in some extra work.

Entry barriers are often challenging to overcome. Yet they also help keep asset prices fair and can hide unexplored opportunities.

Regardless, India is positioned for immense growth over the next few decades. Investing in India isn’t without its challenges, but long-term investors may wish to consider making a move sooner rather than later.

Early investors in frontier market stocks and real estate will profit the most, as usual.