Investing in ASEAN: Best Move of the Decade?

Moving part of your assets abroad generally leads to lower risk and higher returns. But not all global investments are equal.

Ask anyone who invested in Russia or Brazil lately. These “emerging markets” aren’t emerging at all. In fact, both are now going through a recession and neither seem like they’ll make a quick recovery.

You can’t just buy shares of an emerging market mutual fund, spread your money around the world, and assume you’re investing in the right places. Some regions have great fundamentals while others don’t. Doing research and having a proper approach makes a huge difference.

With all that said, one region should grow more than any other over the next decade. You probably guessed from this article’s title that I’m talking about ASEAN.

Many people, especially those living outside of Southeast Asia, don’t know what ASEAN is. A few readers even told me they thought it was a misspelling of “Asian”. Because of this, I’ll give a short explanation for clarity’s sake.

ASEAN is often used interchangeably with “Southeast Asia” and is an acronym for “Association of Southeast Asian Nations”. The association itself is a political and economic group which includes all ten countries in the region.

Member states have agreements with regards to immigration, trade, security, and more. The group was formed, at least in part, to give the region’s smaller nations a combined voice while countering nearby giants like China and India.

ASEAN also just began a process of deeper economic integration. The ASEAN Economic Community (AEC) launched in 2015 with a goal of bringing an even freer flow of labor and trade to Southeast Asia.

Simply put, the AEC is similar in many ways to the European Union, but without drawbacks such as a shared currency and extensive political integration.

Progress has been slow since the AEC commenced a few years back. Granted, this is the sort of thing which takes time. Southeast Asia had almost no regional cooperation a few decades ago and they’ve generally made quick change.

Why Should You Start Investing in ASEAN?

There are three main reasons why almost every investor should look toward ASEAN. Other places, like Eastern Europe and Africa, might have one or two of the advantages listed below. No other region has all of them though.

I’m not exaggerating by saying that Southeast Asia has investment potential like nowhere else on the planet. Here’s why.

Geography doesn’t change, yet it still plays a large role in determining a country’s success. Access to trade routes, farmland, and natural resources can make or break an economy.

Southeast Asia boasts all three of those in abundance. The region’s mainland has some of the most fertile farmland anywhere, while island nations such as Indonesia and the Philippines have vast oil deposits.

More importantly, ASEAN sits right in the middle between China and India – the two most populous nations on earth. This naturally gives Southeast Asia access to crucial trade routes along with billions of potential consumers and investors nearby. 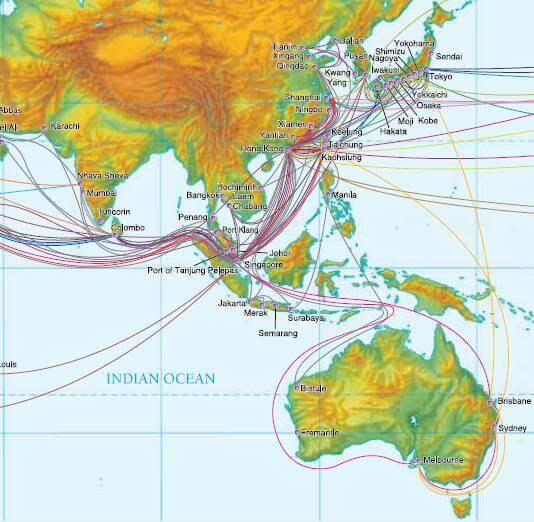 Some of the densest shipping lanes in the world pass directly through ASEAN, jumpstarting their industry and export capabilities.

I mentioned above that ASEAN is going through a process of deeper economic integration. You might wonder why that’s unique since there’s plenty of economic pacts, from NAFTA to the African Union.

Why is the ASEAN Economic Community so special then? Because Southeast Asia’s diversity means economic cooperation can benefit the region more than any other.

For example, Singapore is a major financial hub and one of the richest countries on the planet. One out of every ten households has a net worth of over a million dollars. Singapore’s banking, logistics, and other services are more efficient than practically anywhere else.

Meanwhile, Singapore is only a two hour flight away from Cambodia, Myanmar, Vietnam, and the Philippines. These countries are far less developed, but are each growing by over 7% annually. Labor costs are cheap while investment potential is strong.

There isn’t any other region where high-growth frontier markets stand side-by-side with advanced economies. Needless to say, this attribute benefits ASEAN immensely.

Places like Singapore, Malaysia, and Thailand get cheap labor and manufacturing. The frontier markets receive investment from their wealthier neighbors. Everyone benefits from increased growth.

ASEAN’s robust tourism and manufacturing sectors give them an advantage over other regions in the world.

Don’t get me wrong: Latin America, Eastern Europe, and Africa clearly all have their own production and tourists as well. Yet their markets aren’t nearly as developed – and probably never will be for several reasons.

First off, and as noted earlier, ASEAN is positioned right between China and India. That means there’s far more demand for exports, along with a greater influx of tourists, within striking range. I can assure you there aren’t many tourists visiting Colombia when compared to Cambodia. 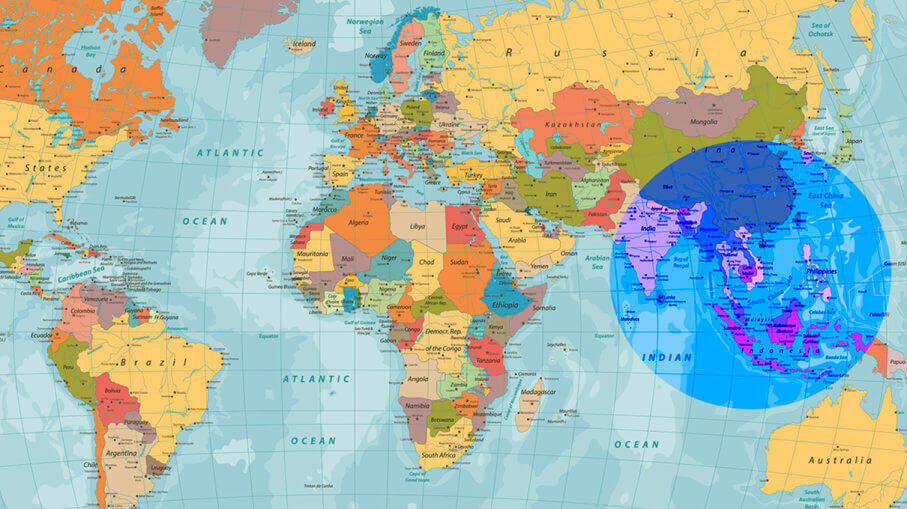 More of the global population lives inside this circle than outside – a testament to the vast number of consumers within a stone’s throw of ASEAN.

Second, the ASEAN region’s logistics and infrastructure is far more developed. For example, low-cost airlines like AirAsia aren’t present in Latin America. Getting around Asia is much easier and less expensive for a large, growing middle class.

What are the implications of all this? Well, places such as Kenya, Peru, and even Georgia must work their way up the economic ladder “the hard way”, so to speak. They don’t have easy access to 4 billion people in their backyard, nor the money which comes along with them.

Meanwhile, six out of the ten ASEAN economies grew by at least 5% last year. Several of them rose by over 7%. Businesses, tourists, and investors from nearby China and India are taking Southeast Asia by storm.