Will These Countries be the Next Singapore? 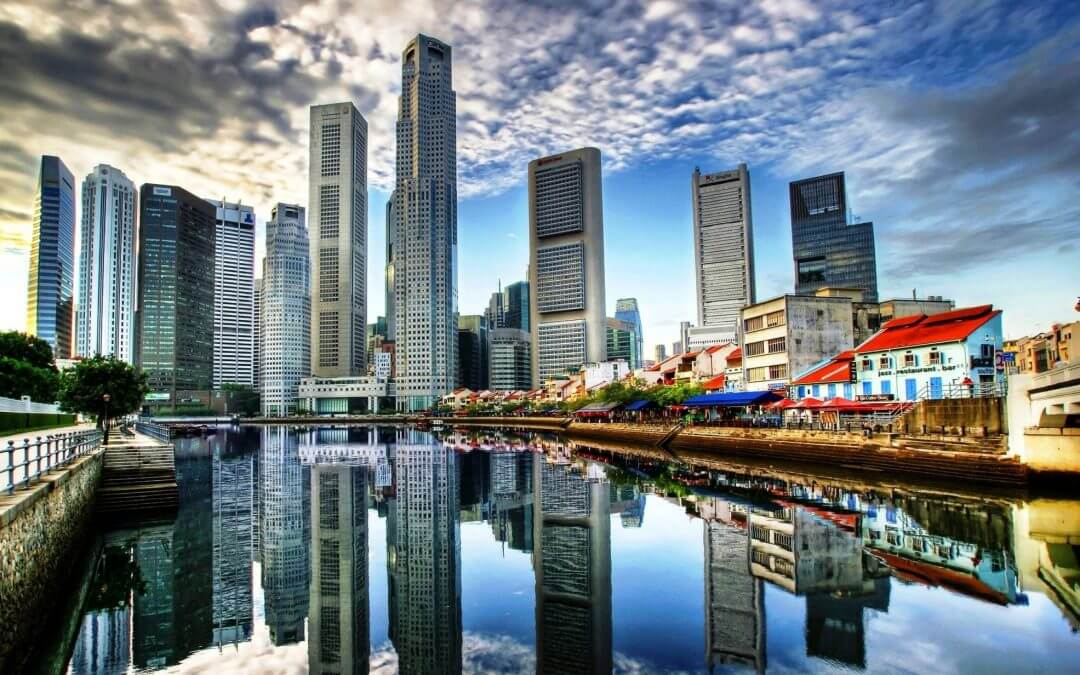 Singapore is often used as a prime example of how business-friendly policies can jumpstart a country’s economic growth.

Most of our readers are already familiar with Singapore’s quick transformation from a malarial swamp into one of the richest nations on the planet.

The city’s startling development over the past few decades is leading some investors to search for “the next Singapore”.

Why not invest in Singapore itself? Quite simply, many of its opportunities have already come and gone.

It’s much harder to invest in Singapore than it once was – at least as a foreigner. They have enough money nowadays, so the incentives and options as a foreign investor is minimal unless you’re bringing in millions of dollars.

Plus, why invest in places that already went through their phase of rapid growth? Profit isn’t made by investing in markets which were at their strongest 20 years ago.

With all that said, we’ll make the argument for several nations which could possibly become the next Singapore.

We understand that it might seem far fetched for some places mentioned below to ever become “future Singapores”. Then again, nobody in the 1960s thought Singapore would be where it is today either.

Places like Hong Kong and the United Arab Emirates will not be considered for the purposes of this article. They’re already as successful as Singapore in their own right. We’re only looking at emerging and frontier markets here.

The Next Singapore Must…

Before seeing our contenders for the next Singapore, it’s worth looking at some characteristics which made the city-state successful in the first place.

Perhaps the most important factor in becoming the next Singapore is having a highly efficient system of government. It does not necessarily need to be “free” (Singapore ranks low in press freedom, for example). Just able to focus on economic growth and the well-being of its citizens.

Singapore, while not quite a fully-functioning democracy, is able to make important decisions quickly. In fact, you could easily make an argument that the city state’s absence of competition between political parties makes its government more flexible and efficient.

The next Singapore must be dynamic and transparent. But not necessarily democratic.

Secondly, any contender must have a strategic location. A country can’t change its position on the map. Yet being landlocked and having no access to the sea, for example, is something that holds back places like Mongolia and Laos.

Singapore straddles the Strait of Malacca, a shipping lane of vital importance, for its part. More than 80% of China’s oil imports pass through the strait on their way from the Middle East. This has helped make the Port of Singapore the second busiest in the world.

Finally, the next Singapore must be open and attractive to foreign investment. A nation cannot thrive with protectionist policies in place.

Without further ado, and in no particular order, here are four countries that could potentially become the “Next Singapore” over the long term.

Singapore’s neighbor to the north is perhaps the most obvious choice. The two countries share many similarities, and Singapore was even part of Malaysia up until 1965.

In terms of economic development, the city-state left Malaysia in the dust since then. But both share some of the same advantages.

One of them is geographic location. Malaysia borders almost the entire Strait of Malacca. It has the same potential to become a hub for shipping and trade.

Malaysia is also very welcoming to foreign investors. For example, it’s among very few nations where foreigners can buy land in Asia.

The main things holding back Malaysia are corruption and inefficiency in government. Even the highest levels are plagued by it. Also, the various ethnic and religious groups get along far worse compared to Singapore.

“Bumiputra first” policies cause resentment among Chinese and Indian minorities. It’s an issue Malaysia absolutely must overcome to reach its full potential. 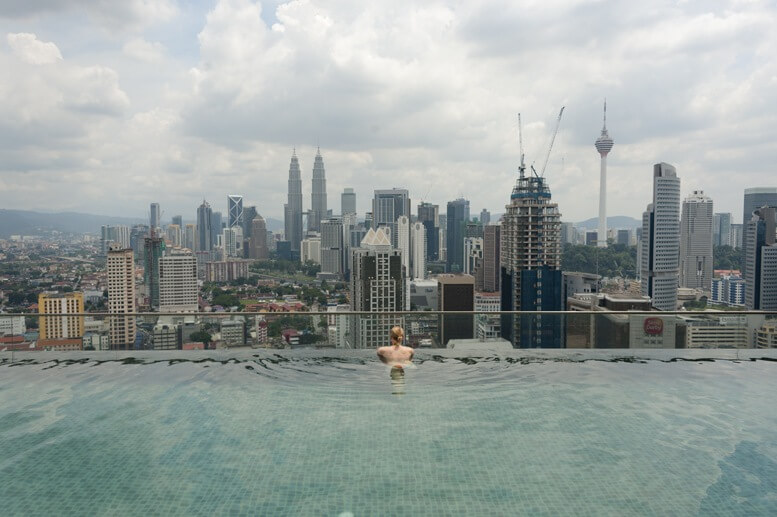 Okay, let’s be frank: Cambodia is one of the poorest countries in Asia. It’s far from being “the next Singapore” at its current stage of development.

With that said, high growth rates and a government friendly toward foreign investment bodes well for the nation.

Cambodia’s growth rate is predicted to exceed 7% during the foreseeable future. This will help make up for lost ground. Furthermore, starting a business and buying property in Cambodia is easy as a foreigner.

Not only that, but China seems intent on supporting Cambodia’s economic growth. Cambodia and China are extremely close allies. It’s the strongest of all relationships between China and a Southeast Asian country, in fact.

The unspoken arrangement is that Cambodia serves China’s geopolitical interests in Southeast Asia. In return, China helps Cambodia with financing for roads, bridges, buses, and more.

China’s GDP is roughly 560 times greater than Cambodia’s. As such, Cambodia could become a developed country from its much larger neighbor’s support alone.

Simple access to sea and land trade routes, strong demographics, along with a robust tourism sector are just icing on the cake.

Corruption is a major problem in Cambodia. But they’ve at least made steady progress toward combating it. Everyone has to start somewhere.

Yes, you read that right. Although we’re talking about the Republic of Georgia, a country in West Asia bordering Russia and Turkey. Not the US state.

It’s possible that you haven’t even heard of Georgia. You almost certainly haven’t considered investing there. But the nation’s obscurity is one of its strong points.

Georgia’s government is highly efficient and banks are easy to work with. Businesses can be incorporated in less than a day. Foreign investors, whether they want to buy real estate or start a company, face almost no restrictions.

Many of these things are reflected in Georgia’s ranking in the World Bank’s latest Ease of Doing Business Index. It came in at 7th out of 190 countries.

A large port under construction, along with several oil pipelines running through Turkey and into the EU, will help bolster the Georgian economy even more.

What’s Georgia’s weak point? The South Caucasus has historically been a region of instability. Russia even invaded a small part of Georgia back in 2008. Yet few people think it will happen again.

Vladimir Putin, practical as he is, would have nothing to gain from starting a war with Georgia. He was only targeting a Russian-speaking area of Georgia in 2008. Doing anything more would be pointless at best and political suicide at worst.

Moving off of the Eurasian landmass, Panama’s excellent geographic position links North and South America together. In fact, Panama is most famous for its location – and specifically its canal.

Without the Panama Canal, cargo ships would need to go all the way around the bottom tip of South America to get to the other side. The canal is able to shave two weeks off a ship’s travel time, extracting billions worth of annual revenue in the process.

Panama is the sole place on our list that has actively worked toward a stated goal of becoming the next Singapore. The past two Presidents of Panama made state visits to Singapore in order to learn from their success story.

However, while Panama is efficient by Latin American standards, it’s a total bureaucratic mess compared to Singapore. Running a business and dealing with the government can be a pain. A flat corporate tax rate of 25% is too high to compete with others on this list.

Corruption in Panama is also a major issue. Former President Ricardo Martinelli even had an arrest warrant out for him by Interpol and is now in US custody.

Not just that, but the nation’s status as an offshore banking hub was ruined by the release of the Panama Papers last decade.

Can Panama fight corruption, reduce taxes, improve efficiency, and revive the reputation of its banking sector? Time will tell if they can become Latin America’s version of Singapore.