The 3 Worst Currencies in Asia: Don’t Buy These Diversifying your portfolio into different currencies is a great way to limit reliance on a single country’s financial system. Currencies in Asia, of which there are over fifty, can be ranked on a scale from “very stable” to “absolute trash” though.

Investors often repeat several nuggets of wisdom. One of them, a direct quote from Warren Buffett himself, is “Be fearful when others are greedy and greedy when others are fearful.”

This is generally solid advice. Regardless, it’s sometimes taken too far. Even savvy investors might take this quote too much to heart and think that just because others are fearful it is a good time to get an underappreciated asset at an excellent price.

In reality, people might become fearful because there are actual, legitimate reasons to be afraid of an investment.

Here at InvestAsian, we specialize in finding unique investment opportunities in Asia. We often venture into places where most traditional investors wouldn’t even dream of going.

But there are still many investments that we don’t recommend.

Why? Because the fundamentals simply aren’t there.

Today, we are going to take a look at the three worst currencies in Asia that should be avoided because they are likely to underperform relative to their counterparts. Or perhaps they carry too much risk vs. potential reward to be worth holding in the short term.

Bear in mind that this list isn’t written in stone and is subject to evolve as the country’s respective societal and geopolitical fates change.

With all that said, here are the three worst performing currencies in Asia as of 2022.

Myanmar is among the poorest countries in Southeast Asia with over a quarter of the population living in poverty and more than a third currently unemployed. To further add to this economic cocktail, the country has turned quite insular and paranoid as of late.

Early in 2021, Myanmar had a coup, which resulted in a general strike that led to thousands of detentions and several hundred people killed.

To further complicate the situation, Myanmar’s international currency reserves were decimated when the New York Federal Reserve froze US$1 billion days after the coup. The World Bank and the IMF also responded in kind by suspending projects in the nation.

This attack from all possible economic vectors quickly reduced the value of Myanmar’s currency, the kyat, by over 50%. The ensuing volatility in the currency meant that as the snapshot of this article was taken it was “only” down by -41.49% on a year-on-year basis.

And when viewed over the course of a decade, the kyat has fared even worse. But don’t let the -28,618% value vs the dollar fool you. Things aren’t quite so bad.

One might even argue that the currency’s failure on such a large scale has been for the best. There used to be two exchange rates in Myanmar: one set by the government and one extraofficial.

Once the government found it untenable to maintain these arbitrary exchange rates, the official rate reflected the real rates. So, in a way, it was an attempt at liberalizing and reflecting economic realities, which aids trade.

The past decade has not been kind to the country though. And when you add the events of 2021 to the mix, things are not looking up for Myanmar or the kyat in the future.

As one might imagine, international companies prefer not to do business with military juntas, or at least unproven and unstable ones. Hence, international investment has dried up or was even withdrawn over the last few months.

There have even been moments where they could be considered beneficial, at least where finances are concerned. Pinochet’s Chile between 1974-1990 is one example, which is even studied as a model to emulate by macroeconomists to this day.

Yet as things stand, we find it best to avoid playing with fire and not running into burning buildings, especially as there are ample options elsewhere. 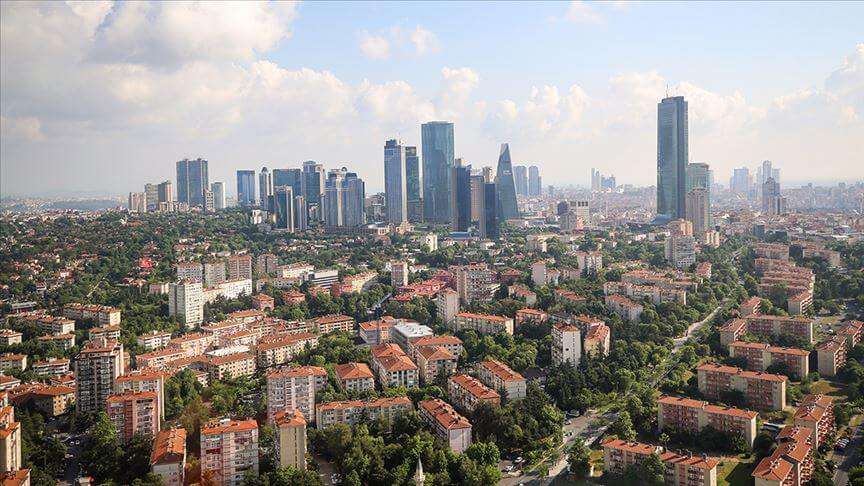 Ever since the era of the Ottoman Empire, Turkey has had a certain appeal to the West. It’s in that “in-between area” of being familiar yet different. And when people think of investing somewhere foreign but known, they often gravitate towards Turkey.

We have often discussed the country for its investment benefits and risks. Just a month ago, we covered the intricacies of investing in Turkish real estate.

On paper, investing here seems to make sense. After all, it’s a wealthy nation and ranks highly on the human development index.

Turkey seems to have a lot going for it, at least in theory. But paper isn’t much good when having to contend with the whims of a dictator.

The Turkish lira has had a rough decade, and a good portion of that decade was under the stewardship of President Recep Tayyip Erdogan, who has systematically folded power onto himself.

It’s a matter of debate whether or not he is a dictator as he uses the mantle of legal legitimacy.  One thing Erdogan certainly isn’t though? An economist.

To say that he has a unique take on finance is a mild understatement. Among Erdogan’s economic policies is the unconventional view that high-interest rates lead to inflation.

As such, he has remained insistent on lowering interest rates, despite the fact that the wider pool of money causes an oversupply of currency and, naturally, leads to inflation.

In other words, not only would you have to contend with an increasingly authoritarian state (which promotes jingoism and traditionalism over openness) but also inflation rates of upwards of 15% as the real value gets eaten up via dilution.

To even begin making a profit, you would already have to considerably outperform investment benchmarks like the S&P 500 in order to beat inflation and earn a profit in real terms.

Hence, for the foreseeable future, you would likely be losing money in real terms if owning Turkish lira. It’s certainly among the worst currencies in Asia.

While Indonesia’s rupiah has remained stable over the past few years, a ten-year chart shows a different story of consistent long term depreciation.

The nation ranks among the world’s largest exporters of automobiles, petroleum, and palm oil. Unfortunately, during the last decade, the Indonesian rupiah also declined against the USD by over 60% which makes it one of the worst currencies in Asia.

Indonesia’s government prices basic goods (such as some food items and electricity) and meddles in the development of the free market as a whole through heavy-handed policies, or direct ownership.

Worse still, this heavy hand is wielded by a government broadly perceived as corrupt and arbitrary. A 2018 World Economic Forum survey reported 70% of entrepreneurs believe that corruption has kept increasing in the country over the years.

If Indonesia’s economy and currency are to see positive and consistent growth, the nation must undergo deep structural reforms that eliminate, or at least reduce the most callous abuses by the system.

This is also coupled by growing labor unrest, which is partially fueled by the staggering inequality present in the country. Indonesia’s decline isn’t directly attributable to a single cause but a litany of small problems that compound each other.

So, despite its recent and surprising stability – especially given the COVID-19 economic volatility – the currency as a whole has shown a steady decline over the years.

We believe that there is a ray of hope though, as Indonesia’s massive population of 250 million inhabitants, strong demographic trends, and rising middle-class all bode well for the country’s future.

Indonesia’s rupiah doesn’t have immediately strong prospects. Certainly not compared to other currencies in Asia.

Still, it could appreciate further down the line over the next few decades.

Do not take the presence of any currency on this list as a permanent indictment of the country as a whole. There are often opportunities to be found when a country’s currency is weak.

For instance, if you invest in a company that sells materials denominated in a strong foreign currency, then a weak local currency works in your favor.

The reason is that revenues are kept stable, or even increasing, while local expenditures like labor, capital or land might be decreasing as they’re set far in advance and might not be able to adapt quickly enough in real terms.

Consequently, a sinking local economy – reflected in a sinking currency – might be a good thing. At least under the right conditions.

Nevertheless, as it presently stands, we would actively discourage you from holding any of the worst currencies in Asia that we have highlighted in this article.

Not only should you avoid these specific currencies in Asia for speculatory purposes, but also any business venture involving these currencies should be approached with extreme caution. Preferably without leverage or much portfolio exposure.

You have many opportunities while investing abroad, but let’s not forget that there are risks as well!