3 Most Stable Currencies in a Recession 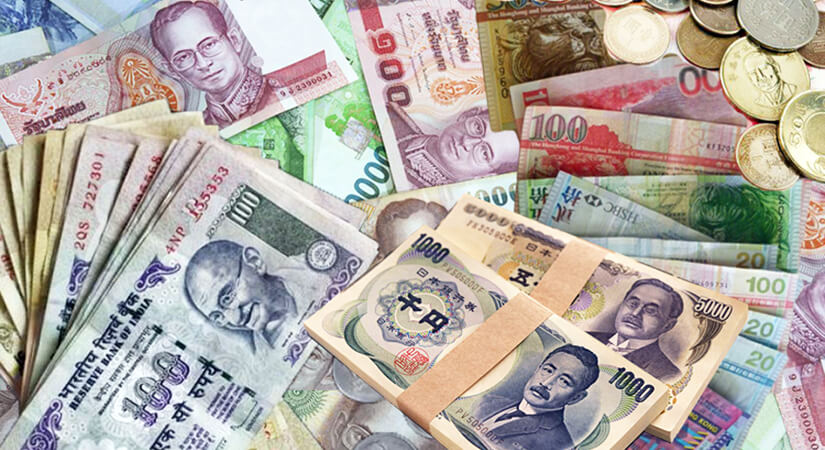 The world economy is facing uncertain times. Family offices and other large wealth managers are hoarding cash, while governments from China to Switzerland are buying up gold.

I’m not necessarily saying that a recession is imminent – nobody can predict the future. But if history is any indication, we’re now in the longest boom cycle in the past century.

Several types of assets should nonetheless perform well in a recession. Frontier market real estate, consumer-focused businesses in countries with strong demographic trends, and other uncorrelated investments are a focus here at InvestAsian.

Regardless, it’s also smart for you to hold some currencies in the bank, or maybe even a safe, during a recession. It lets you cheaply buy stocks, property, and other assets at a time when everyone else doesn’t have any cash.

This begs the question: what are the most stable currencies in a recession? You can’t really buy up assets (definitely not international ones) if the currency you’ve been holding lost all its value while the recession happened.

We figured out which currencies have the best chances of holding value in a future recession. Here’s what we found based on their historical stability, economic strength, and capital inflow.

Singapore is Southeast Asia’s de-facto financial center. And because of recent events, they will hold onto their status as a regional hub more tightly than ever before.

You’re probably aware that Singapore’s only main competitor in the region, Hong Kong, is now going through a phase of massive instability and unrest. Yet Singapore will surely benefit from Hong Kong’s loss as capital flows between the two Asian financial centers.

We’re still early into Hong Kong’s story of political turmoil, and sadly, the situation will almost certainly get worse before it improves. Recent reports are already showing that billions worth of bank deposits moved from Hong Kong to Singapore though.

Naturally, this trend is a positive one for the Singapore Dollar along with the nation’s long-term prospects as a whole.

The Singapore Dollar is one of the most stable currencies in Asia, historically speaking. It has consistently outperformed other major currencies… and people who bought Singapore Dollars around twenty years ago would have profited immensely.

A 15 year chart of the U.S. dollar compared to Thailand’s baht, the latter which appreciated 30% during that time.

A rather surprising winner, Thailand’s Baht was the best performing currency in Asia over the past five years.

How did the Thai baht beat almost every currency in the world? In short, it was a combination of tourist money, heavy capital inflow, a healthy debt-to-GDP ratio, and solid foreign currency reserves. We have an entire article about this topic.

Either way, a result of the baht’s recent performance is that it now enjoys popularity as a safe-haven currency. Money from China, Japan, and elsewhere is flowing into Thailand at a near record pace as foreign investors try to find shelter from trade wars.

Thailand’s economy has always held a reputation of stability – even during recent recessions.

Ever since 1999, Thailand only suffered through a single year of economic contraction. Analysts even have a name for this phenomena: “Teflon Thailand”. The Thai baht’s strength is merely a recent example of the nation’s odd resilience, despite ongoing structural problems in Thailand.

Of course, not everything is positive in Thailand. GDP growth remains weak for a developing market at below 3%. They also rely heavily on exports, recent elections were marred with fraud allegations, and the nation is headed off a demographic cliff.

Yet the Thai baht, for one, has achieved a reputation as being among Asia’s most stable currencies. Such a status could drive Thailand’s finance sector (and its economy as a whole) well into the future.

Our website might be called “InvestAsian”. However, the greenback remains the currency of choice across numerous Asian countries.

Hong Kong’s Dollar, the Macau Pataca, and UAE Dirham among others are pegged to the US Dollar. Meanwhile, Cambodia is effectively a dollarized economy with all sizable transactions paid for in terms of USD.

The U.S. Dollar is the world’s most commonly traded and main its global reserve currency. But perhaps more importantly, it was one of the world’s top performing major currencies over the past several years, leaving competitors like the Euro and Pound in the dust.

Some pundits (Peter Schiff, Jim Rogers, etc.) are famously bearish on the Dollar and don’t consider it a safe-haven currency. Such people have typically held this opinion for decades… and haven’t been proven correct yet.

The facts are: the US Dollar outperformed practically every single currency in Asia during the past few years. 88% of all currency trades involve the greenback. And it remains, by a longshot, the top global reserve currency.

Of the most commonly traded currencies in the world, the Dollar is the best out of a generally bad bunch. The entire Eurozone is reeling with the UK’s departure and struggling economies throughout the bloc.

Likewise, Japan’s long-term demographics are terrible while its economy has been stagnant for thirty years. The Dollar is quite frankly your best bet if you are holding any of the world’s most commonly traded currencies in your portfolio.

Singapore’s Dollar and the Thai Baht both have a great future as well. Alongside the US Dollar, these are Asia’s three most stable currencies in a recession.

How to Buy the Most Stable Currencies in a Recession

With that out of the way, you might ask: how can I purchase the Thai Baht or Singapore Dollar?

Obviously, you can buy the U.S Dollar just about everywhere in the world. Any broker or bank worth their salt would also let you trade Singapore Dollars, Thai Baht, and other major global currencies.

Depending on your home country, you probably have better options though. Singapore boasts some of the world’s best banks. So if you aren’t Singaporean, why not open a bank account in Singapore and diversify your cash holdings a bit?

Buying all of the currencies above is simple. The question is, are you willing to put forth added effort to open an offshore bank account and make higher returns?