Myanmar Beer Industry Heats Up: Who Will Win? 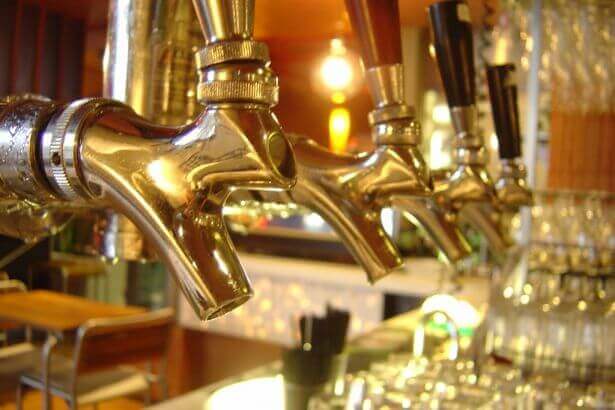 Heineken, one of the world’s biggest brewing companies, is back in the Burmese market over two decades after its first attempt.

Myanmar’s former military junta condemned and sanctioned Heineken back in the late 1990s. Now, they’re challenged with expanding into a market with intense competition but incredible potential (or so they say).

Meanwhile, Heikeken is racing with competitor Carlsberg to win over the hearts of Myanmar’s consumer market. As the world’s third and fourth largest brewers in terms of sales, the battle of these two global beer giants is intense.

Indeed, brewers around the world have their eyes on Myanmar as it turns from a no-go zone into a coveted new market.

Roland Primez, Heineken’s president for Asia Pacific, said it’s clear that there’s huge potential for growth in the Myanmar beer industry. He wasn’t surprised by all the international players looking at the market.

Myanmar’s consumer market is increasingly attractive due to its youthful population. Because both companies’ sales are slagging in European markets, international expansion is now more important for Heineken and Carlsberg than ever before.

However, the two top European brewers also face numerous challenges that won’t be easy to overcome at all.

“Breaking into a market in which the incumbent is a state-owned monopoly is difficult and can be expensive,” says Javier Gonzalez Lastra, an analyst at Berenberg investment bank.

“Heineken should prepare to make losses initially to make money over the long term because Myanmar offers huge growth potential.”

Indeed, Myanmar Brewery boasts a very strong presence in the market with a market share of around 80%. They are now manufacturing at the factory Heineken left behind during its earlier tenure in the 1990s.

Burmese consumption habits will also prove a challenge. Heineken estimates that the average Burmese person only drinks three liters of beer annually. This isn’t even 10% of Vietnam’s beer consumption figure.

Heineken expects this habit will change in time though. Their brewery sites outside of Yangon have the capacity to produce almost two liters per person for each of the country’s more than 50 million people.

Heineken vs. Carlsberg: Who Will Win in Myanmar?

Carlsberg and Heineken have both slowly shifted their focus from Eastern Europe to Asia. They mostly operate in the Asia-Pacific region through joint ventures.

Given that Burmese locals earn just a few dollars each day and beers cost 50 cents on average, Heineken and Carlsberg’s ambitious plans might take between 3 to 6 years before they’ll finally pay off.

Needless to say, both companies think that Myanmar’s term prospects are worth the wait. And while competition in the Burmese beer sector looks tough, battles in Asia are not anything new to European brewers.

Heineken had problems winning control over Malaysian heavyweight Asia Pacific Breweries in the past. Likewise, Carlsberg’s joint venture in Thailand with ThaiBev ended very acrimoniously in 2005.

“It’s not the first time for us that we face this kind of leading company and competitors,” stated Heineken CEO, Roland Pirmez. “It will be tough – but fair.”

InvestAsian will keep monitoring the Myanmar beer industry, along with other primary sectors in this high-growth frontier market.