Best Countries to Invest in 2021 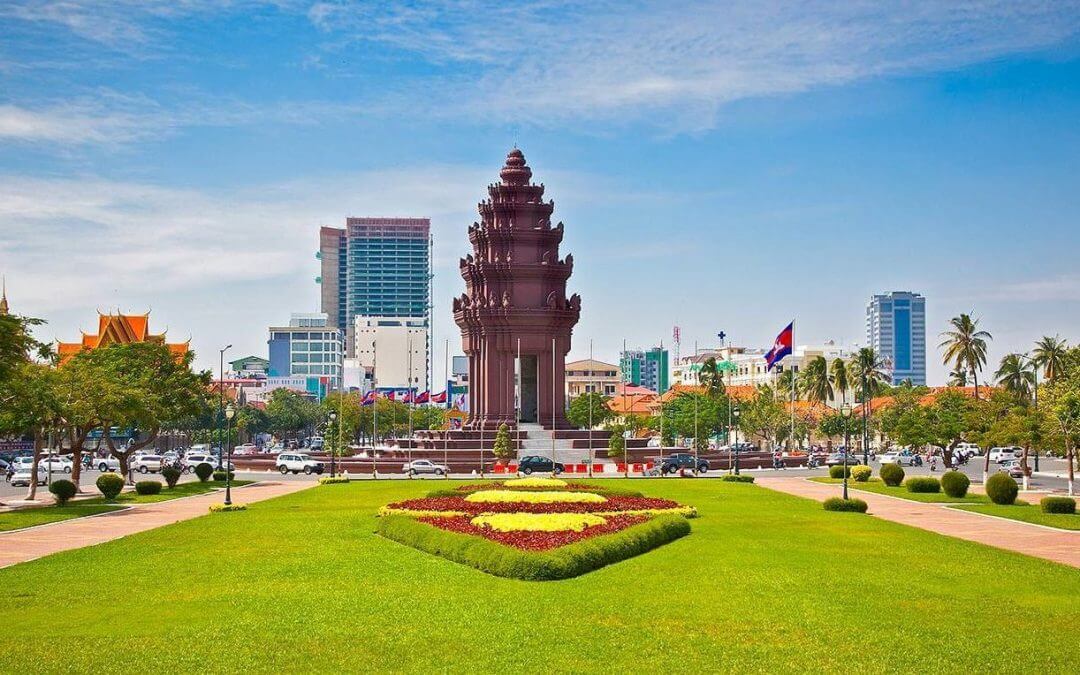 Update for January, 2022: We’ve finally entered a new decade as 2022 begins. Here’s our updated article with the top countries to invest in 2022.

2020 was a particularly interesting time where many investing myths were tested. A year ago, we were talking about the longest bull market in history and how this was unlikely to last for a host of reasons.

Now, it’s difficult to talk about the current environment as it’s not just economics and sociology that we’re considering but epidemiology and its effect on the world population.

COVID-19 is proving to be a global societal stress test in every conceivable way. If a nation’s economy and government are adaptable, they can overcome the crisis and perhaps even thrive.

On the other hand, if they are slow to adapt and are mired in bureaucracy, the red flags are so large that you can see them from a mile away!

As such, I suggest treating the pandemic as an opportunity.

In this article, we will be looking at Asian countries that are set to benefit from the status quo, instead of being actively harmed by it. But first, we must understand the impact of Coronavirus on the global economy more broadly.

The Impact of COVID-19 on the World Economy

The COVID-19 pandemic has been an incredibly disruptive force to most major nations, wherein many of the previously held assumptions about the future of cities and work are being tested.

Given the volatility, it’s uncertain how this will turn out.

Some people are even arguing that the city as a concept might be in its death throes, though I think this is overly pessimistic and primarily relevant only to countries wherein white-collar jobs are the norm.

It’s worth stressing though that in this continued disruptive climate there has been a decoupling between the actual economy and the stock market. Usually, they more or less moved in lockstep.

But today, while small businesses are hurting, the major indexes in developed economies with have an overreliance on tech companies are booming.

This is how millions are flung into poverty while billionaires are reaching new net worth levels.

Furthermore, there has been an increasing suggestion that countries might enact autarkic policies, or diversify where they source their goods from, as the early volatility in the supply chains due to lockdowns in China taught them the value of being resilient to momentary supply shocks, despite a heavier upfront investment.

As such, countries in a position to capitalize from this redistribution of resources will benefit greatly in the coming years. Those will stay the top places to park your investment money in 2021 and beyond.

It’s a strange environment which we now find ourselves in and it’s one we will have to navigate for the next year or two.

Assuming the vaccination procedures are not beset by unforeseen problems, then you also have among the most complex logistical issues in world history – as you have to produce and distribute billions of doses of vaccines for things to go back to “normal.”

Though again, it’s rare that after a major disruptive force, things ever go back to how they were. To reference the Ancient Greek philosopher Heraclitus, “No man ever steps in the same river twice”. In the same way, you don’t step into the same investment opportunities twice.

Hence, what we will be looking at in this list are choices in Asia which can withstand and even thrive in the present circumstances.

These are two South-East Asian countries that shouldn’t be unexpected guests to InvestAsian readers. Both of them will remain among the best countries to invest in 2021.

However, there have gained newfound relevancy as they’ve practically missed the COVID-19 crisis and are among the few countries in the world that should see positive GDP growth this year.

The recent push for manufacturing diversification from China is also set to benefit them tremendously, and they’re in a good position to capitalize on the restructuring of world trade.

Let’s remember: this grand reshuffling isn’t solely because of COVID-19, but also because the U.S. and China have been having a trade war as of late.

All this is a salient reminder to manufacturers of the underlining importance to not put all your eggs in one geopolitical basket.

To quote a Forbes article from the start of the year: “Of the $31 billion in U.S. imports that shifted away from China, some 46% was absorbed by Vietnam  […]  Vietnam exported an additional $14 billion worth of manufactured goods to the U.S. in 2019 versus 2018 as a result of that shift.”

In other words, even before the grand Coronavirus lockdown, there were billions of dollars already moving out of China and into developing economies like Cambodia, which could be seen as Vietnam’s less developed brother that is rapidly catching up and outperforming.

Suffice it to say, they will do rather well over the next year. Everything I’ve written about them still applies.

I’m skeptical of the long term growth prospects of Vietnam for a variety of reasons. I’ve even written about this exact topic before.

To summarize a complex topic in a single sentence: “The long-term opportunity cost for investing in Vietnam is too great when compared to what other ASEAN countries have to offer.”

In the short-term though, it has good growth prospects, though it won’t use the opportunities to their maximum potential due to the factors we’ve mentioned in the previous article:

On the other hand, we have the neighbouring country of Cambodia, which is still very much a frontier market.

I stand firm in my assessment that Cambodia remains among the best countries for real estate investors and foreigners who want to invest in a thriving economy in 2021.

Cambodia hasn’t undergone a single recession over the last two decades, and while there is no such thing as being immune to recessions, this country is as close as it gets to it.

That particularly owes to the fact that Cambodia is still a frontier market, it already had an autarkic economy; meaning that a global trade shock as COVID hardly registers on their radar because they’re not dependent on foreign capital inflows to survive and thrive.

A chart showing Cambodia’s GDP growth since 1999 compared to the United States and United Kingdom.

Then, you add the factor of its young population, which is only increasing, and it looks poised to thrive over the coming decades as it can fill the niche that China is increasingly unable to cover – of being the world’s manufacturer of cheap goods.

In other words, by a complete stroke of luck, its economy almost seems custom-built to take advantage of the COVID and post-COVID era. I’m quite bullish on its future growth prospects.

The Philippines: On the Uptrend

Before the pandemic wreaked its havoc, the Philippines was doing rather decently with an over 6% year-on-year GDP growth rate. That said, the IMF is now forecasting an 8% contraction this year.

This partially happened as remittances account for 10% of the country’s GDP. Meaning that over a tenth of its economy is intimately tied with the economic success of the approximately 10 million-strong Filipino diaspora worldwide.

More specifically, about 80% of these remittances come from just seven countries: Canada, Japan, Saudi Arabia, Singapore, the UAE, UK, and the USA.

So, it shouldn’t be a surprise when unemployment reaches historical highs in many of these countries that remittances dry up. However, this is a temporary problem, when the global economy picks up, this number recovers along with it.

The Philippines is on the list, not because of its immediate prospects, but the relatively good deals you can get at this price point. Yes, the economy might contract in the foreseeable future, but the long term growth prospects are quite decent.

Last year, I said this country was similar to Vietnam, but without its structural issues. For starters, Vietnam and the Philippines have similar population numbers (95m and 106m, respectively).

But whereas Vietnam’s population is getting older, the Philippines still has fertility rates to beat the likes of China and India.

As such, the Philippines won’t fall into the Middle Income Trap, as even though its population is increasing, the demographic pyramid will still have a solid base on which to stand.

Consequently, it can continue down well-trodden economic paths, like China is undergoing right now. That’s why we think the Philippines is one of the best countries to invest for 2021.

The Philippines has great promise as it can benefit from the grand economic reshuffling and manufacturing diversification, but it doesn’t have the same demographic hurdles as other likely candidates.

Besides, unlike many other Asian countries, even as a foreigner you can own real estate on a freehold basis in the Philippines. The one fly in the ointment is that you can’t hold land directly, and you’re restricted to condo units if you’re a foreign buyer.

This is admittedly the weaker choice of the bunch. Even before the coronavirus hit the scene, the economic growth rates were rather lackluster – its GDP “grew” by 0.3% in 2018 and 0.7% in 2019.

And now with COVID-19, its GDP went down by roughly 5.3% this year, but the IMF forecasts growth of 2.3% in the next year as the situation improves.

The main benefit I foresee for the economy is the 2021 Tokyo Olympics. With an increasing normalization of foreign travel, it might be a good economic boost for the area as a whole, but I would put an asterisk on it.

Firstly, for you to capitalize on it successfully, you would have to do it RIGHT NOW, as the Olympics start in July. This would give you a very short window to find something, buy it, have the paperwork clear, and rent it out in time to benefit from the boost.

Secondly, there have been economic studies pointing to the fact that sporting events like the Olympics aren’t as strong of an economic boon as you might expect.

Yes, billions of dollars in investment are pumped into the economy, but these cashflows often end up in the balance sheet of international companies, not the local economy. Then, the job creation is temporary simply to meet with the added demand of tourists.

Just to hammer the point home, no host city in the history of the Olympics has made a profit, except for LA in 1984. And the reason this happened is that most of the infrastructure they needed already existed beforehand.

So, while you can definitely look at specific winners in cities when the Olympics happen – where a city district permanently sky-rocketed in demand or a company got a windfall that they needed to expand – in aggregate, there aren’t any winners, mainly losers.

Top Countries to Invest in 2021? Our Conclusion

There are years where you’re unlikely to make great advances in your portfolio, as the circumstances don’t lend themselves towards rapid growth. This is one such year.

The next twelve months should be viewed in two ways:

So, while there are a few bumpy months ahead of us, I remain optimistic if you don’t lose your nerves.

Asia is the most economically diverse and financially interesting continent out there. And I’m sure it will prove itself once more in 2021, as it has done countless times before.