The Rise of Property Crowdfunding in Asia

Real estate crowdfunding is only getting started in Asia. That means huge opportunities in the world’s most dynamic region.

In case you’ve been living under a rock, crowdfunding is the collection of money from a large group of people in order to finance a project. Usually this happens via the internet.

Crowdfunding was originally limited to just start-up companies, campaigns, or donations. But the concept of pooling together small amounts of money for an expensive goal is spreading to other investments – namely real estate.

Property crowdfunding is already popular in the United States. That’s partially because of new legislation that permits the raising of funds online. However, different laws in Asia may hinder the growth of these new investment platforms.

For example, the Monetary Authority of Singapore regulates collection of public funds yet not the real estate market.

Because of this, one way to crowdfund is buying international real estate (i.e., property that is not located in Singapore) through a fund collection platform based in Singapore. 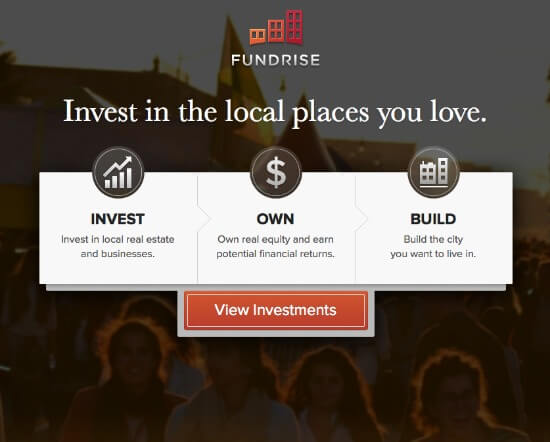 Real estate crowdfunding websites like FundRise have enjoyed great success in the western world. But it’s an entirely new concept in Asia.

Crowdfunding: A New Way to Buy Property in Asia

One Singaporean website is doing exactly this. CoAssets.com collected over SG$3,000,000 from more than 1,300 users during their first six months of operation.

Individual buyers are able to invest in real estate developments located in Malaysia, Thailand, the Philippines, Australia and China among other places.

Property crowdfunding is still in its infancy throughout Asian markets. However, there are still several reasons why it could become the “next big thing” in places like Singapore and Thailand.

If you think about it, co-ownership of properties is already widespread. It has been that way for decades worldwide. Timeshares and real estate investment trusts are great examples of long-standing methods of crowdfunding.

The only difference is that by using the internet as a distribution channel, co-ownership is less bureaucratic by eliminating fees, middlemen, and sheer complexity.

Crowdfunding is merely a 21st-century evolution of timeshares and REITs.

Smaller developers will benefit from property crowdfunding’s rise too. Banks are hesitant to loan property developers amounts between SG$1 million and SG$10 million.

The small fees simply aren’t worth the additional paperwork. Crowdfunding would give SMEs in Asia an alternative to bank financing.

It’ll also make the real estate market more accessible for investors. They’ll be able to buy one part of an apartment, office building, or retail store.

These types of commercial and retail assets usually have higher rental yields than residential units. Yet they’re far too expensive for most “normal” buyers.

Real estate crowdfunding will eventually make its way across the Pacific from the United States to Asia. Lack of regulation, anonymity of both parties, and other risks make investors skeptical over how long it will take though.

Nonetheless, crowdfunding is clearly a success for some types of transactions. Websites such as Kickstarter and IndieGogo have proven this.

We should eventually hear more about the required legal framework’s implementation so that buyers in Asia can benefit from property crowdfunding as well.