Don’t Invest in Myanmar: Here’s Why

If you’re familiar with any frontier market in Asia, it’s probably Myanmar.

Myanmar’s was one of the world’s most oppressive dictatorships until not long ago. That finally changed back in 2015 when its first democratic elections in over two decades were held.

Since then, Myanmar went through massive social, political, and economic change.

Progress has been no less than astonishing. Myanmar’s GDP growth is among Asia’s highest, holding rates exceeding 7% on average since 2012.

Many problems still exist in Myanmar. For example, their stock exchange was created but it’s the world’s smallest and serves no real purpose.

Likewise, investment laws are in the books yet most of them are not implemented or enforced in practice. This is expected given the country’s unique circumstances though.

Myanmar suffered a rough history, plummeting from its rise as one of Asia’s wealthiest nations during the early 20th century to the region’s poorest.

It’s only been a short time since Myanmar began opening up and they’ve made great progress. By all means, they’ve come a long way.

Yet news outlets like BBC suddenly have stories about how Coca-Cola and Nike are investing in Myanmar. Throw in some impressive growth figures and you may assume that you should too.

Myanmar is certainly going in the right direction. Given the proper time, it should be worthy of focus by investors across the globe.

Regardless, you shouldn’t rush to invest in Myanmar right now. Below are three good reasons why.

Investing in Myanmar as a foreigner is much harder in reality than it looks on paper.

However, you might guess that it’s simple after noticing countless ads in the nation’s capital of Yangon. Nike, Samsung, and plenty of others are commonly seen promoting their goods.

The law even agrees. Regulations say that a foreign branch office or private company can open in Myanmar with a minimum capital of US$50,000 for a service-based business. Manufacturing firms require an investment worth at least US$150,000.

In practice, the government must manually approve every single foreign investment. It’s a truly painstaking process that usually involves bribes, incompetency, frustration, and lots of waiting.

Myanmar was ranked 171st of 190 different countries in the World Bank’s latest Ease of Doing Business Index. That makes Myanmar the worst place for business in East (or Southeast) Asia by their standards. 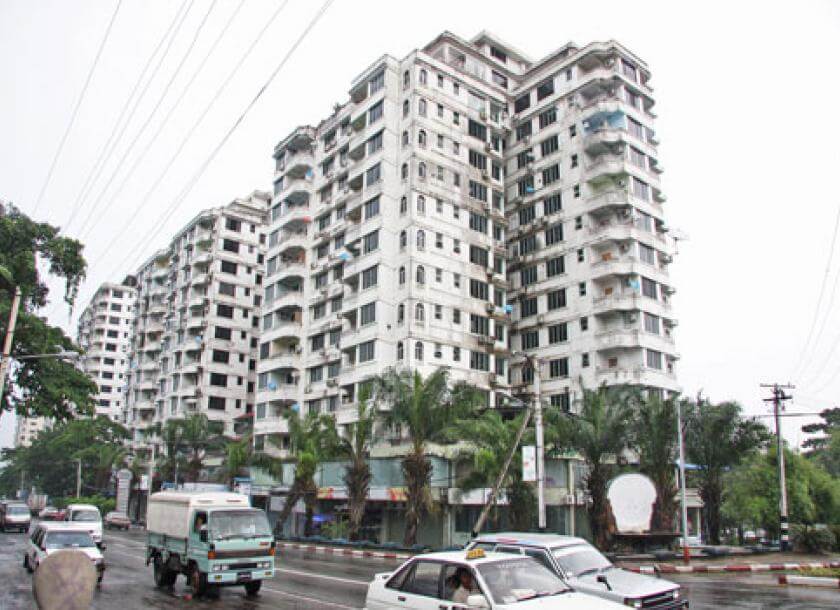 Buying property in Myanmar as a foreigner is now permitted under the law. In practice, the procedures remain vague at best and you shouldn’t even try.

Want to Invest in Myanmar Property? You Can’t

Stocks and real estate are the two most common assets people buy when investing overseas. But you can’t really purchase either of them in Myanmar yet.

Myanmar just recently enacted a foreign property ownership law. It’s roughly based off of Thai law and says that up to 40% of the floor space in a single condominium can be foreign owned.

So what’s the problem? Well, this law only took effect in early 2016 and not many condos are actually registered under the foreign investment law.

This article was previously updated in early-2019. As such, barely enough time has passed for a project to be registered under Myanmar’s condominium act and built.

We’re talking about a bureaucratic country after all. It will probably be several more years until buying a condo in Myanmar is actually feasible.

With that said, InvestAsian still has a guide to buying property in Myanmar if you are adamant about doing so. It’ll be updated once there’s more options for foreigners to invest in Myanmar and its real estate market.

You Have Much Better Investment Options

People often ask me if something is a “good investment”. I always answer this question relative to other investments.

My thoughts are: even if an investment will make you money, why bother if there are superior options available? Why accept lower returns with greater risk?

That’s precisely the case when it comes to investing in Myanmar.

Sure, you can spend lots of time, money, and effort starting a company or getting a brokerage account in Myanmar. You may even prove successful and could potentially make a hefty profit along the way.

Why would you when there are places like Cambodia, the Philippines, and Mongolia though?

All three of those frontier markets are growing just as fast as Myanmar. Each of them boasts clear foreign property ownership laws while bureaucracy is kept at a relative minimum.

Myanmar has made a lot of progress lately and I’m not trying to diminish their efforts. For all we know, it might be Asia’s best country to invest a decade from now.

Yet the fact remains: you shouldn’t invest in Myanmar at the moment. Consider buying assets in some of Asia’s best countries for investors instead.