Chinese Yuan’s Future: Will it Rise or Fall?

China has transformed into one of the world’s strongest economic powers over the past few decades. As a result, its Yuan quickly became one of the most prominent global currencies.

The Chinese Yuan’s use is now widespread from London to Singapore. Estimates rank it as the eighth most heavily traded currency. However, lax reporting standards across China and much of developing Asia mean the Yuan probably makes the top five in reality.

Back in 2016, the IMF added it to their elite list of reserve currencies which many analysts saw as the beginning of the Yuan’s rise in usage. They were clearly right.

Dozens of countries are buying everything from oil, to weapons, to infrastructure denominated in Yuan. Billions of dollars’ worth of loans through China’s Belt and Road Initiative are made in terms of China’s currency.

Bloomberg and Barclays Bank are adding the Chinese Yuan to one of their benchmark indices in 2019. JPMorgan and the London Stock Exchange are strongly considering similar moves.

With the Yuan’s increased acceptance becoming obvious, forex traders and cash-holders alike are thinking about adding it to their portfolios. Higher trading volume does not always equal a better performing currency though.

Should you hold Chinese Yuan for diversification purposes? Will the currency appreciate or fall in value? Keep reading to find out.

A chart comparing the U.S. Dollar’s performance to the Chinese Yuan’s over the past fifteen years. Up until recently, the Yuan has steadily gained.

China’s ambitions to become a major political force, in addition to an economic powerhouse, are not any secret.

The Yuan and its future will play an important role in whether both these objectives will be achieved. Quite simply, China must have a reputable currency if they truly want to become a serious player on the international stage.

Lately, China has been pushing the Belt and Road Initiative with a goal of spreading its trade network and global influence. The project aims to finance and construct hundreds of railways, ports, and highway routes stretching across Eurasia.

Yet the Belt and Road would almost certainly fail if there was ever a lack of trust in the Chinese Yuan or the nation’s economy. None of China’s partners want multi-billion-dollar loans that are denominated in terms of an unpredictable currency.

Likewise, the Communist Party plans to shift toward an economy based more on consumption and the service sector. While much of China’s recent success is due to low-cost manufacturing, the government realizes its industrial advantage won’t last forever.

Resource prices and labor costs in China are significantly higher than they were in the 2000s. Nearby competitors such as Vietnam and the Philippines enjoy a cheaper workforce, fewer regulations, and better economies. 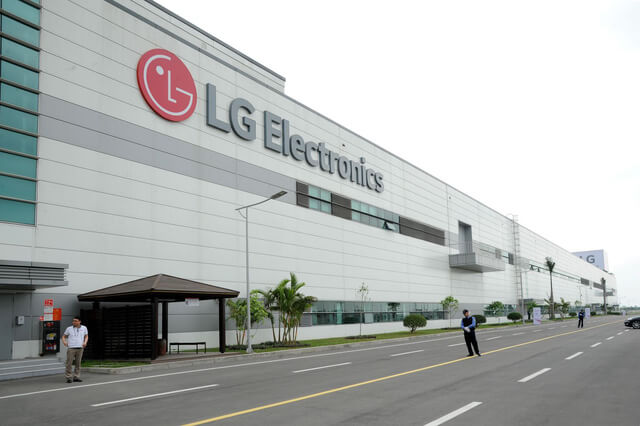 Factories in Vietnam, like this one, make anything their Chinese competitors do at a cheaper price and with less hassle.

The point is: cheap exports and an artificially devalued currency served its purpose for a time. But at this point in its stage of development, China must move higher up the value chain and spread its global influence.

You might imagine that a looming trade war between China and the United States would have some sort of effect on the Chinese Yuan – whether positive or negative.

On the contrary, the Yuan will most likely remain stable at approximately 6.75 to the Dollar. Reports are stating that the U.S. is making a key demand during trade talks that China mustn’t devalue their Yuan.

Except a stable Yuan is in China’s best interest too. They never wanted to devalue the currency in the first place.

The U.S. worries that China could devalue their currency to boost exports, flood global markets with cheaper products, and overcome the impact of sanctions. However, this doesn’t make any sense due to reasons mentioned further above.

Don’t get me wrong – it’s possible that a trade war between the world’s two biggest economies will intensify. This would result in negative consequences for both parties, although a declining Yuan isn’t one of them.

Should You Hold Chinese Yuan?

China’s long-term strategic goals will demand an appreciating, or at the very least stable Yuan.

Of course, practically every currency fluctuates in the short-term. I personally don’t expect that the Yuan will depreciate over a ten-year horizon though.

That’s because neither China nor competing powers such as the U.S. want a weaker Chinese Yuan. It would mean a setback in China’s international ambitions along with greater political pressure at the worst possible time.

Frankly, China doesn’t have any other good options besides continuing to support the Yuan.

Therefore, if you’re seeking exposure to foreign currencies within an already diverse portfolio and plan on holding them for at least ten years, you may consider owning some Chinese Yuan.

Currencies like the Singapore Dollar and Malaysian Ringgit are safer bets for traders who purely seek capital gains. Nonetheless, the Chinese Yuan still enjoys solid potential and should outperform in the future.