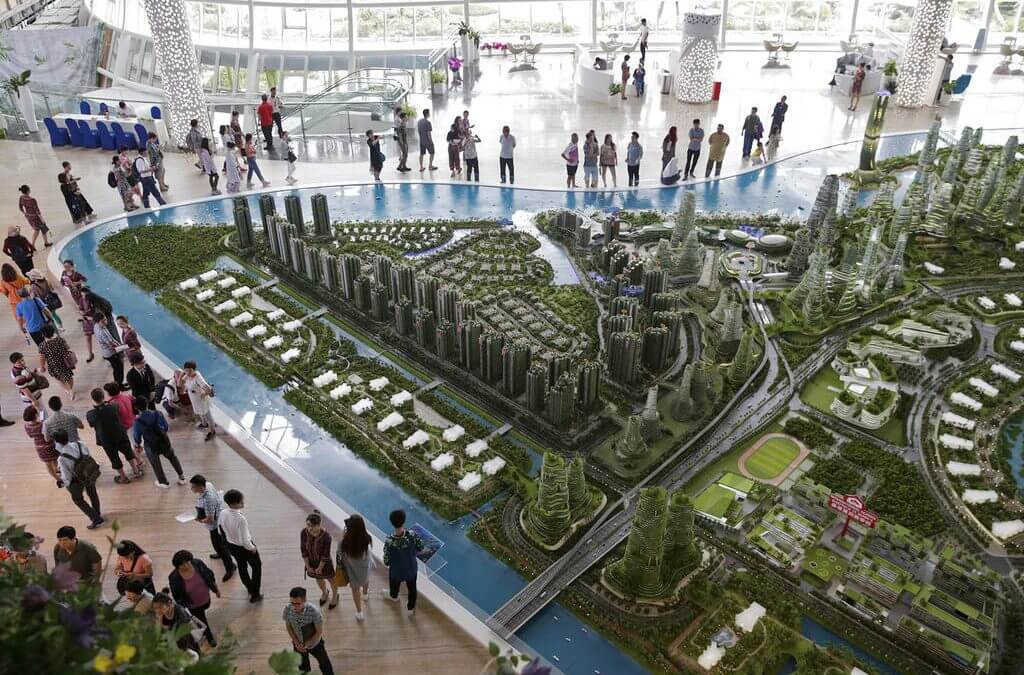 When people hear that there are good business opportunities in Asia, they often act as if investing their money into any enterprise (whether a real estate development or otherwise) will make them a fortune.

Naturally, this demand for investment opportunities invites less scrupulous people to come out of the woodwork to supposedly supply those opportunities.

Traditionally, property developers have fulfilled this role, playing on the biases of the Western investor who has been conditioned to believe that real estate is always a sound investment.

But developers are organizers rather than builders. Their business model revolves around taking the difference between construction, marketing, and other costs and the cost of the finished product that they sell to a consumer.

Thus, by nature of a developer acting as a middleman, you aren’t making an optimized investment when you purchase through them.

The goal of a developer is to make a profit – they’re not there to charitably share business opportunities with local and foreign investors. And much like any business, they’ll attempt to cut costs wherever possible to maximize those profits.

In this article, we’ll reveal the ways that property developers maximize their opportunities to make money, discuss why those techniques create bad investments for you, identify some of the worst property developments in Asia, and show you what to look for instead.

Imagine you’re the CEO of Apple. The company you steward is in the process of creating a groundbreaking new phone. Millions of dollars have been put into the design and to prepare the factories to be able to produce it.

If you were to produce a single phone and never use this same design again, it would be inordinately expensive. That single phone would cost you millions of dollars, but if you produced two, that enormous price tag would be halved.

Eventually, if you produce enough of them, the R&D costs are negligible compared to the cost of labor and the capital involved in the creation of the product.

This is known as economies of scale – the more you produce of a certain thing, the cheaper it is to produce on a per-unit basis.

The same logic applies to property developers. If you’ve bought acres of land on the cheap and you’ve paid architects and engineers to design a certain property, why wouldn’t you just copy and paste those blueprints a hundred times over?

Naturally, it looks garish to have endless rows of identical cookie-cutter designed buildings. It’s much the same utilitarian framework that made the architecture of the Soviet Union such an eyesore.

The properties might look nice in isolation as they seem modern and convenient, but average people don’t buy real estate based on pure logic. For most of them, it’s a deeply emotional purchase, so they want to feel unique and special.

As such, condos are difficult to resell. Unless you have a unique unit (like a penthouse or a home with a garden), you often end up with hundreds of condos with the same floorplan in your building.

The same concept is true for “McMansions” in developer-built communities.

As an extra fly in the ointment, you’ll have ongoing costs like maintenance, common area expenses, management/HOA fees, and sometimes higher property taxes in condos and gated communities compared to other types of housing.

The main target audience of this type of development are investors who are looking to “flip” these properties for a profit in a few years.

As such, neither governments, developers, nor even the investors are particularly interested in making these properties operationally efficient, durable, or even livable. 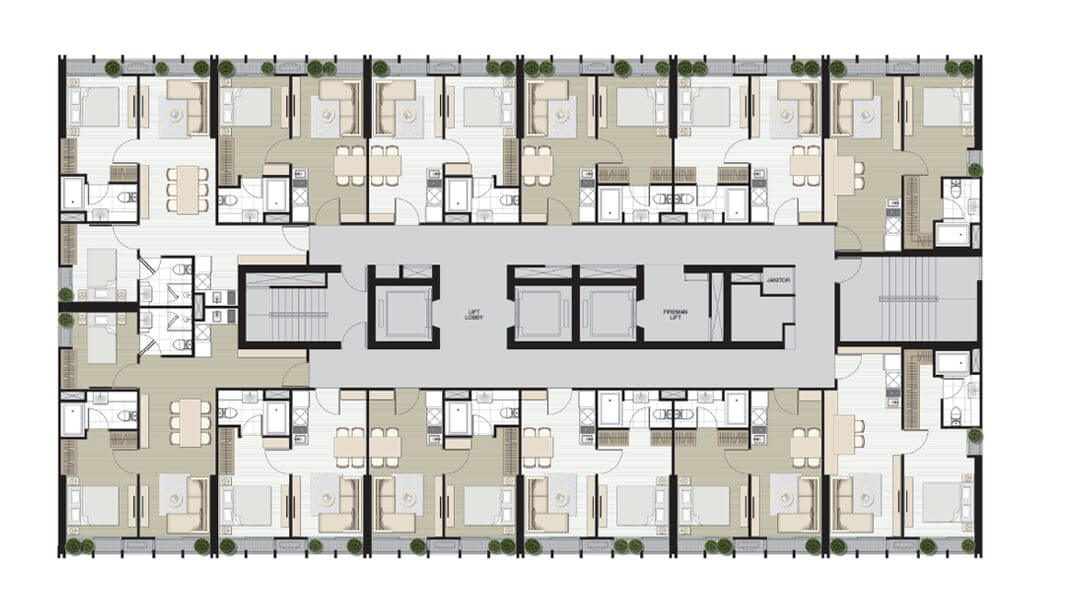 Generally, reselling a condo is hard when there are hundreds of units in your building with the same floorplan.

It’s hard to overstate the speculation bubble which is happening in some areas because of unscrupulous property developers. Save & Exit

For instance, China has built dozens of ghost cities, which will likely have to be torn down due to safety concerns before most of the buildings are ever used.

This is hardly an isolated phenomenon. Wherever you care to look – Thailand, the Philippines, Malaysia, to name a few –  there are projects of various sizes, sometimes even rivaling the size of small countries.

One example of this problem is Forest City, Malaysia, which is a US$100 billion project that is located directly across the Johor Strait from Singapore.

The idea of Forest City is to create four artificial islands and recreate what happened between Shenzhen and Hong Kong by establishing a cheap area close to a dynamic economic zone that would provide for its industrial needs.

And, of course, the goal is to become wealthy in the process.

However, out of an estimated potential capacity of 700,000 people, there are currently around 500 people living in Forest City.

It had a rough start for the same reason most projects of this sort do – it didn’t occur organically. Some bureaucrat, property developer, or politician gets this type of idea in their head, they build it, and there are often crickets in return.

If there isn’t a market force driving people to go and work somewhere, there is no reason for them to spend the average US$175,000 to buy an apartment in a place like Forest City, Malaysia.

On a smaller scale, there’s a rich history of failed property developments all over the globe – abandoned beach property in areas with no infrastructure or commerce, suburban condominiums disconnected from the cities, and on and on.

And yet, property developers will continue to cater to the myths around property ownership that just because you’re investing in real estate, your money is safe. At times, it almost seems foolish not to put money in them, but don’t fall for their trap. 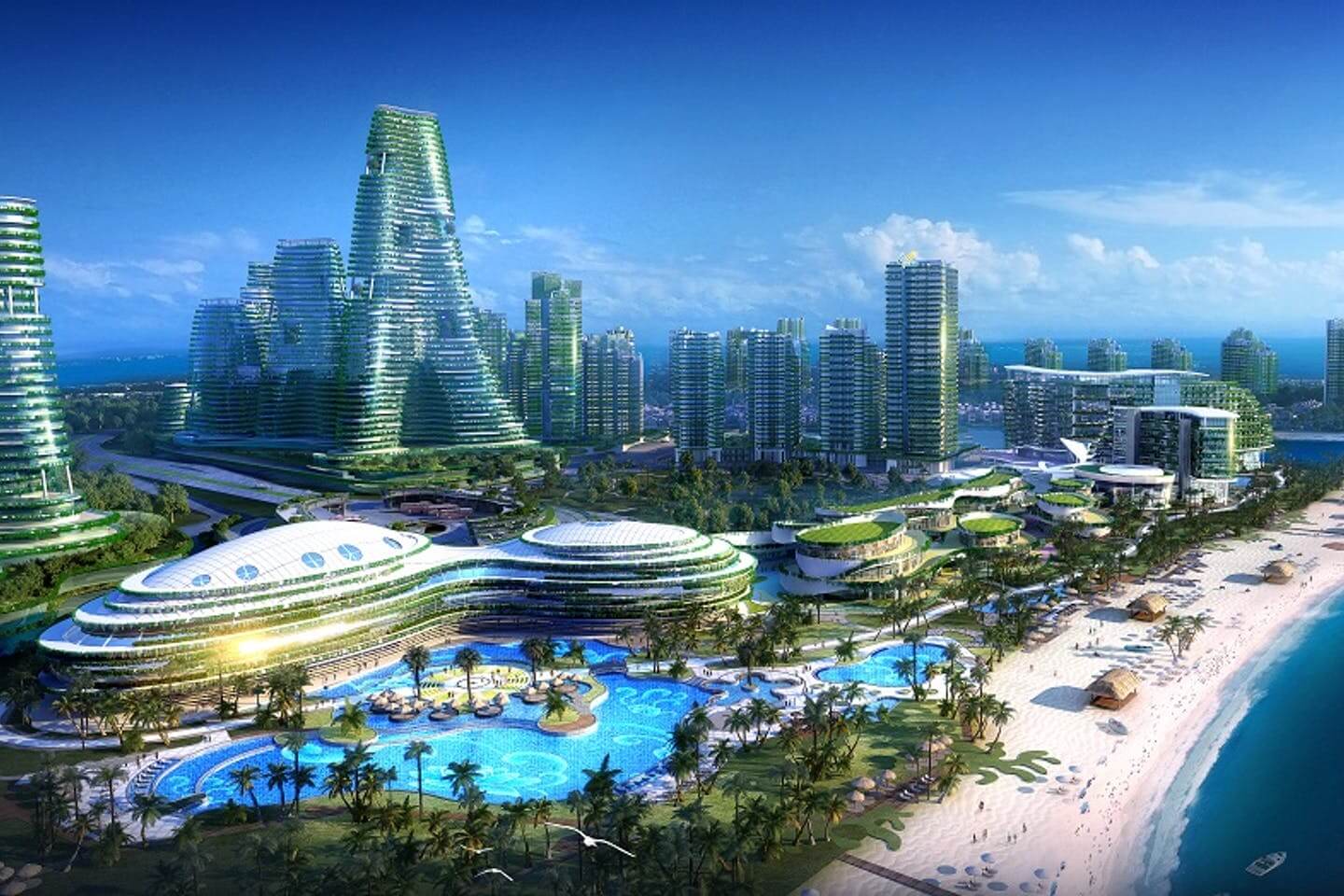 Malaysia’s Forest City, shown in the rendering above, has incredibly grand ambitions. Will they come to fruition?

I can understand the appeal of being the first to get your hands on a new property development in a growing market. It feels like you just got hold of an IPO of a flashy new business which is bound to increase in value.

But the reality of buying property from East Asian developers doesn’t quite work like that.

These projects are often built shoddily, without regard for the long-term viability of the space. As such, they are cheaply designed, reproduced en masse, and sometimes built far away from desirable locations in order to keep prices down.

At the end of the day, you’re paying for an expensive middleman who has a built-in incentive to overstate the desirability of what you are buying, and there is often not enough information to verify their claims as it’s likely brand new and the surrounding area is underdeveloped.

Your investment decisions shouldn’t be built around finding ‘a greater fool,’ as they say with speculative market pricing. If you engage in such practices, it’s a game of musical chairs and you may well end up with nothing to show for it.

Instead, I recommend that you go for buildings and properties with a good track record, as well as a rich history and proven performance of demand and steadily appreciating property prices.

To put it bluntly, if property developers genuinely thought they were offering good investment opportunities, they wouldn’t be spending a considerable amount of money on marketing. They would instead keep them for themselves.

In business and in life, it’s often worth trusting what people do rather than what they say. And if property developers are spending a lot of money trying to convince you that you will make a lot of money, it’s worth looking elsewhere.