Top Asian Currencies: What Are the Strongest? 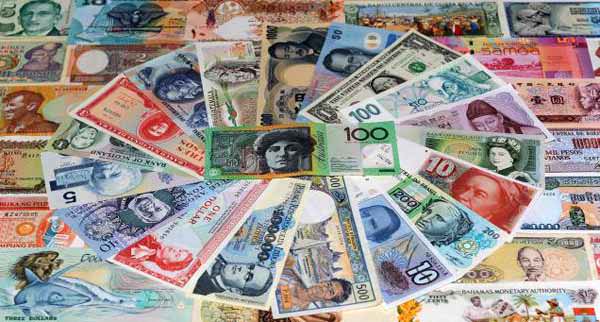 Asia is home to a greater number of currencies than any continent on the planet. Over fifty of them, to be a bit more precise.

Because of this, Forex traders – along with investors merely wanting to diversify their portfolio into different currencies in Asia – have plenty of options available.

In this article, we’ll provide you an overview of several Asia’s best (and weakest) currencies while judging their past performance and future prospects.

The sentiment towards some Asian currencies is bearish. Yet a few currencies in the region have great investment potential, supported by strong balance sheets and rising exports.

We analyze ten-to-twenty year charts to judge a currency’s long-term trends. Afterwards, we supplement that information with a country’s debt levels, foreign currency reserves, and trade balance to see how they will likely perform in the future.

The Thai baht, for example, has performed surprising well during the past few years and is among one of Asia’s strongest currencies. In contrast, the Malaysian ringgit declined over much of the past decade.

While we’re on the topic, let’s examine why Thailand and Malaysia, two neighboring countries with similarly sized economies, each have a currency that moved in a completely different way from the other.

The reason for the ringgit’s poor performance is rather simple. Malaysia’s economy, even if it’s not purely reliant on, is highly dependent on the oil and gas industry.

In fact, the country is the world’s biggest producer of palm oil. Petronas, Malaysia’s national oil company, pays around 40% of the entire federal budget through its taxes.

Malaysia’s ringgit is considered an “oil-based currency”. As prices fall below US$60 a barrel, the value of exports declined and the nation’s tax-base was severely weakened.

This all happened while Malaysia’s current account surplus narrowed. Thus, the ringgit underperformed as a result.

Thailand’s case is a bit more complicated – they had a military coup back in 2014. Yet while this event normally would frighten investors and lead to a weaker baht, Thailand’s currency instead and remains one of Asia’s best performing.

Multiple factors have caused a stronger Thai baht, even compared to regional mainstays like the Singapore dollar and Japanese yen.

Such reasons include Thailand’s massive tourism industry which suffered far less than oil prices did throughout the 2010s, along with the baht’s fairly recent status as a “safe haven currency”.

A fifteen-year chart of the Malaysian ringgit against the Thai baht shows how two Asian currencies can perform very differently. Even in similar economies that neighbor each other.

Japanese Yen: Where Will BoJ Take It?

It wasn’t a secret that the Japanese yen would depreciate. As early as 2012, the Bank of Japan (BoJ) announced an inflation target of 2%.

This goal requires the yen to be devalued by 15% a year. It deeply implies a long-term policy of quantitative easing.

But many Forex traders were surprised to see the yen decline far more than intended. Hovering around 75 against the dollar during most of 2012, the yen broke multi-decade lows which surpassed 120 at its weakest level back in 2015.

Japan and its government wanted a declining yen to boost Japanese exports, and it worked to an extent. The Japanese trade deficit reached its weakest level in 18 months after the policy was implemented in 2014.

Where will the yen go from here? It largely depends on the Bank of Japan’s next move, and specifically, their inflation target.

For what it’s worth, inflation rates Japan were negative in both 2020 and 2021. That’s certainly not where the country’s central bank would like, so you should expect further quantitative easing.

China’s yuan makes more news headlines than arguably every other currency in Asia. That’s expected though, because Beijing’s yuan plans could shape the very foundation of our global economy.

China makes it very clear that they want the yuan to be a major trading currency. Therefore, Beijing has taken numerous steps to make this goal a reality.

Perhaps the most important of these steps is gathering international support. Ever since 2013, China has focused on making a broad range of yuan partnership agreements with countries such Australia, Singapore, the United Kingdom, Russia and many others.

Recent deals include currency swap agreements with over a dozen countries. Likewise, major exchanges from London and Singapore now sell stocks and bonds denominated in yuan.

China’s yuan generally appreciated against the greenback last decade. A strengthening yuan is mainly due to pressure from the United States and concerns about Beijing manipulating its currency’s value to drive export growth.

However, the trend reversed and the yuan is falling against the dollar once more. Of course, a trade war between the US and China is among the top reasons for the yuan’s depreciation since the start of 2020.

The future direction of the yuan/renminbi depends partly on the Chinese government. Will they let market forces dictate their currency’s value, or will they intervene in the yuan to aid exports?

During the past 20 years, China’s currency has steadily appreciated against the dollar. The yuan briefly gained ground in the second-half of the 2010s, but is now declining once more.

What About Other Top Asian Currencies?

It’s difficult to cover all Asian currencies in a single article – there are around 70 different ones, after all.

Here are some brief highlights of the most prominent and frequently traded currencies in the region though.

The Indian rupee lost over half its value against the US dollar since 2010. While many analysts predicted a faster-growing Indian economy and business-friendly government would support growth and fuel a bullish rupee, this obviously didn’t happen.

Unfortunately, much optimism surrounding the Indian economy was based on false pretense. India’s economy isn’t performing better compared to the earlier part of this decade… and the rupee depreciated significantly against the US dollar since then.

We don’t expect the rupee’s rather dire situation will improve. If anything, this currency will likely get cheaper before appreciating once India starts becoming a major economic power around the year 2030.

The Singapore dollar fell nearly 10% against the US dollar over the past few years. Investors remain concerned about a potential property bubble and weak manufacturing data in the country.

Yet Singapore’s reputation as a safe haven, combined with the city state’s status as Southeast Asia’s top financial hub, should help maintain healthy demand for the currency despite low interest rates.

The Singapore dollar should maintain a mostly steady rate against other top international currencies.

Meanwhile, in Asia’s frontier markets, the Indonesian rupiah could continue a steep decline. It began depreciating significantly against the US dollar during the first half of the 2010s, although the rupiah has shown signs of stability in recent years.

Nearby frontier market currencies in Asia, like the Vietnamese Dong, also have a history of weakness followed by relative stability over the past few years.

What Are the Strongest Currencies in Asia?

With all that said, you might still be asking: what are the best Asian currencies? It’s indeed the topic of this article.

The Singapore dollar and Japanese yen are the most liquid and stable currencies in Asia. If one of your main goals is diversification, these two currencies will help you limit any downside risk.

Thailand’s baht and the Philippine Peso are solid choices as well, especially compared to other exotic currencies in Asia.

On the other hand, currencies such as the Malaysian ringgit and Chinese yuan are appreciation plays. Those two currencies are riskier yet they enjoy higher upside potential.

I recommend staying away from the Vietnamese dong and Indonesian rupiah, among others in Southeast Asia, at all costs. They both have a multi-decade history of depreciation. Buying those currencies are almost a sure bet that you’ll lose money in the long-term.