Just about every investor is aware of the innovation coming out of Silicon Valley, which enjoys the top “brand name” out of any global tech hub.

Startups in Asia arguably have greater untapped potential than anywhere else in the world though.

Tech firms based in Asia enjoy access to billions of consumers nearby. Meanwhile, Asian startups benefit from superior economic growth prospects compared to the United States and Europe.

Online spending in Asia is rising at an extraordinary pace – especially across the region’s developing economies in Southeast Asia, including Vietnam and Indonesia. Asian startups will continue gaining from the region’s increased internet usage in the future.

In fact, Southeast Asia added over 70 million new online shoppers since the beginning of 2020. The ASEAN region will continue adding tens of millions of online shoppers to its ranks throughout the 2020s.

Meanwhile, a report from Forrester expects that online spending in China will exceed US$1 trillion within the next three years, primarily driven by the growing use of mobile apps developed by startups.

Practically all types of sectors, from tech to retail, benefit from a society where people use mobile devices with improved networks and increased application usage. This should result in a compounding effect which will develop Asia’s startup and VC environments as a whole.

One convincing reason why you should invest in Asia startups is because of the region’s immense market size.

You may ask yourself: “why does more people necessarily mean greater investment prospects?”. Yet the number of consumers living in a specific region (along with its economic output) absolutely does have a huge impact on its overall growth.

A greater density of people facilitates an efficient flow of resources, goods, and labor. In the same way a city is more conducive to economic activity than a small town, forming a successful startup is easier in a region with billions of inhabitants compared to elsewhere in the world.

Closer proximity to supply chains matter a lot too. It’s easier to create services and products, sell them to consumers, and ship them (if necessary) when everything is based in a similar time zone.

A majority of the world’s production, shipping ports, and consumers are now located in Asia. So it makes perfect sense to form a startup in Asia while selling to on buyers in the region. 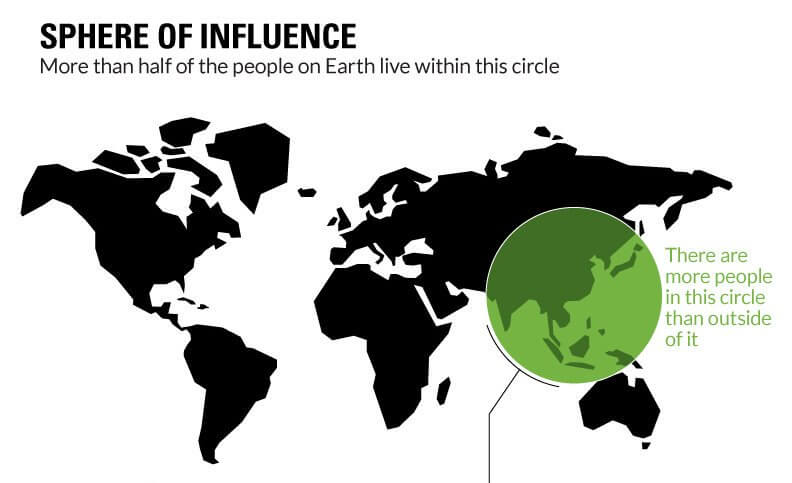 Part of Asia’s strength lies in its dense concentration of consumers, talent, and startups all located in a single place.

Likewise, there’s still lots of room left for innovation in frontier markets such as the Philippines, Cambodia, and Vietnam.

Startup ecosystems throughout most of Southeast Asia are not yet in a mature stage, which means you’ll generally face less competition.

But specifically, India is the fastest growing startup environment in the world. At least, that’s according to a study by its National Association of Software and Service Companies.

India is currently launching nearly a thousand startups every single year. The nation’s startup sector is rising at a rapid pace and should continue well into the future. Especially when India becomes the world’s most populous country before the year 2030.

Asia gets tons of foreign investment in both its economic and social infrastructure – something which has clearly paid off in different ways.

Want to invest in Asia’s growing tech industry? Startups in Vietnam and Thailand are two of the best countries to get started. Both countries recently claimed their first unicorns.