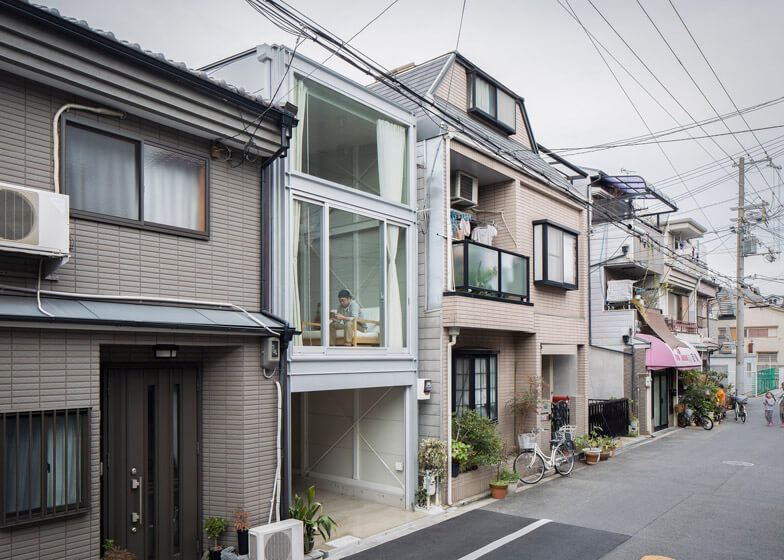 Therefore, the continent is now a magnet for global businesspeople and entrepreneurs seeking higher returns and a lower cost of doing business.

Digital nomads, for instance, have flocked to Thailand to start location-independent businesses while investors are looking towards Cambodia and Vietnam to take advantage of urbanization and strong demographic trends.

However, while investing in Asia can be lucrative, the region can also be a bit more difficult to navigate for foreign investors. Language barriers, non-western business norms, and restrictive laws can be a major turn-off for even the most adventurous capitalists.

In the world of real estate, for instance, foreigners can often miss out on opportunities due to restrictions on foreign land ownership. Most Asian countries allow non-citizens to buy condos, yet very few of them allow foreigners to legally own houses or land.

As such, if you’re buying a house or a plot of land in Asia, you should consider the five following countries that allow foreigners to own land and houses on a freehold basis.

We don’t necessarily recommend all of these countries for real estate investment if your primary goal is making returns.

Nonetheless, we’ve still included each of Asia’s five easiest countries to own land on this list. Just so that you understand all of your options here when it comes to buying land and houses.

Malaysia is one of the most investor-friendly countries in Asia. The country generally welcomes foreign capital while restrictions on land ownership are few. In fact, the only type of properties foreigners can’t buy are “heritage properties,” or historic real estate from the colonial era.

In addition to Malaysia’s openness toward foreign investors, it’s a solid option if you’re seeking second residence from your real estate investment. The nation is very developed by Southeast Asian standards as well.

You can get Malaysian residency by investment through its My Second Home Program (MM2H) which lets you obtain a 10-year visa by making a deposit of roughly US$70,000 and maintaining it in the bank.

Generally, I recommend Malaysia as a good bet for investors looking to buy land or houses in Asia. While the real estate market isn’t as lucrative as some of its neighbors, it’s priced well and still growing. Getting a residence permit in Malaysia is a fairly straightforward process too.

Like Malaysia, South Korea doesn’t have many restrictions on foreign land ownership either. This openness to foreign investment makes quite a bit of sense given how internationalized Korea is.

South Korea’s modern cities, friendly people, and innovative culture attracts expats from across the world. Naturally, these foreigners often want to buy their own property.

Unfortunately, becoming a South Korean resident is rather difficult as a foreigner. Like most of its neighbors, the Republic of Korea is picky when it comes to issuing long-term visas.

There’s one exception to this rule – Jeju Island. This small island located off the southern coast of the Korean Peninsula is a special administrative region that allows nearly everyone to visit without a visa (even citizens of mainland China, who often have a hard time getting anywhere).

Likewise, Jeju also offers an investor residence permit for anyone willing to invest roughly US$420,000 worth of real estate on the island. Such a residence permit can even lead to Korean citizenship.

Note that if you’re set on living in Seoul or Busan proper, you must go through normal channels to get residency in Korea. You can’t get an investment visa through buying property outside of specific approved areas.

South Korea, then, can be a good place to invest in land or houses for the right type of foreign investor. Especially if you don’t mind spending five years living on either Jeju Island or Incheon to qualify for permanent residence, and eventually, Korean citizenship.

Seoul’s rental yields remain low and prices per sqm rank among the world’s highest. But you can make better returns in developing areas on the outskirts of the city core, or in Korea’s second-tier cities like Busan.

And of course, if you’re open toward living on Jeju Island, you can also get a residence permit and start a process which can eventually give you a South Korean passport. 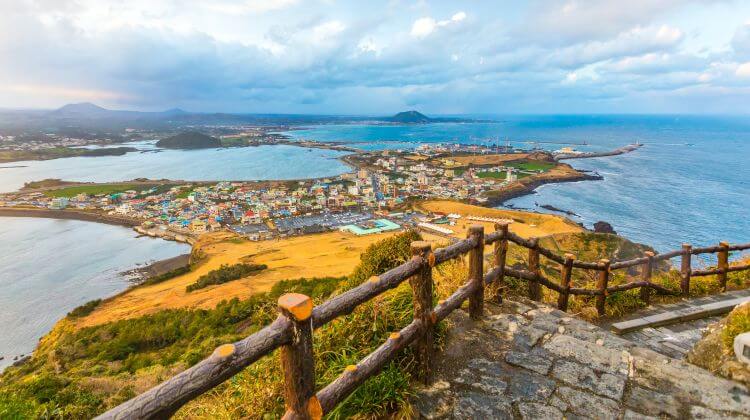 Jeju Island may get a bit dull if you enjoy urban environments. Yet they offer East Asia’s only true property investment visa, making South Korea one of the top countries where foreigners can own land.

Like both Malaysia and South Korea, Taiwan is a developed country with very little restrictions on foreign property ownership. That makes it easy to buy land or houses here.

With that said, we typically don’t recommend buying property in Taiwan for two reasons:

First, owning property in Taiwan doesn’t automatically grant you the right to live there as a foreigner.

Unlike the previous two countries on our list, which offer some form of investor residency program to foreign property owners, you’ll need to go through normal immigration channels to live permanently in Taiwan.

Second, as I’ve mentioned in previous articles, property in Taiwan in simply overpriced. Despite Taiwan’s overall solid economy, its real estate sector just isn’t that great. Buyers from mainland China have driven up prices in cities such as Taipei while rental yields sit at an abysmal 1.5%.

Taiwan, then, illustrates the old saying, “just because you can does not mean you should.”

Yes, you can buy a house or undeveloped land in Taiwan. But there are much better countries where foreigners can own land in Asia.

Similar to Korea, there are no limits whatsoever on the types of properties that foreigners can buy in Japan. You can own fully freehold land and structures in your own name here.

Yet Japan is another country that we wouldn’t recommend for real estate investment purposes. Thanks to factors like natural disasters, structures in tend to lose their value after a couple of decades. Meanwhile, Japan’s aging population puts its real estate market in decline.

Additionally, like many of its neighbors, Japan’s immigration policies are restrictive. And owning property in the country doesn’t give you the right to live there. You’ll need a work, business, or some other type of visa to live in Japan full-time.

Therefore, while buying land as a foreigner in Japan might be possible, we couldn’t suggest doing so unless you intend on actually moving there.

Finally, we have Singapore – a city-state well-known for its openness to foreign wealth.

In Singapore, foreigners can legally own condos, houses, and even freehold land. Singapore is one of the easiest countries in Asia to buy a condo.

Foreigners are allowed to own land and houses in Singapore. At least in theory.

Buying landed property in Singapore as a foreigner is difficult and incredibly expensive in practice. In fact, to own land as a foreigner, you must obtain permission from the government.

Such an approval requires a very large purchase (think over $20 million worth of land). It must additionally prove that the purchase “benefits Singapore’s economy” – a purposefully vague phrasing which in practice, appears like it’s getting stricter each year.

On top of those restrictions, Singapore’s housing market is also among the world’s most expensive and becoming a permanent resident here is difficult.

Thus, while Singapore can be a great place for banking or storing your wealth, it isn’t always the most favorable for real estate transactions.

Personally, we think neighboring Malaysia is a far better investment if you’re looking for one of the rare places where foreigners can own land in Asia.