Singapore Property Bubble: Will it Burst?

Home prices in Southeast Asia’s financial center have plummeted since the beginning of 2015. Analysts are now worried the Singapore property bubble might burst soon.

Singapore’s residential real estate market has underperformed the rest of Southeast Asia for several years now. Home sales on the island have plummeted by a whopping 48% compared to 2014.

This was while home prices in neighboring ASEAN countries like the Philippines, Thailand, and Vietnam doubled. Singapore was left out of Southeast Asia’s latest property boom phase with values only rising marginally.

Christine Li, Director of Cushman & Wakefield’s Singapore branch, is expecting continued poor performance in the future. “I think the decline will continue as long as cooling measures are in place.”

“I expect full year declines for the high-end market to be in a range of 5% to 8%, as owners still have deep pockets who are able to hold it out,” she explained.

Weak sentiment among both realtors and investors alike is spreading concerns that Singapore is now a property bubble – and that home values could collapse from here.

The government has been trying to cool down real estate prices to avoid a Singapore property bubble since way back in 2009.

So far, measures have mostly targeted foreign buyers in Singapore. They include higher taxes, borrowing limits, and restrictions on the number of properties that non-residents can own.

But these efforts have all generally backfired.

Deterrents have failed to push away foreign buyers in Singapore. Many have deep pockets, are from countries like India and China, and aren’t letting higher taxes deter them.

They often consider their home nations as economically unreliable and see Singapore as a safe place to store their wealth.

Quite frankly, they don’t mind paying huge taxes to own a bolthole Asia’s most stable property  market. Especially when you consider political turmoil in Hong Kong – which is Singapore’s only true competitor in the region.

Additional Buyer’s Stamp Duty (ABSD) was imposed in late 2011 and meant an additional 10% tax on all foreigners buying property in Singapore.

This tax rose even further to 15% a few years after it was implemented. A reduced transaction volume across the city state quickly followed.

Since then, real estate values in Singapore have suffered a massive fall. Developers believe the measures to avoid a property bubble have gone too far, destroying the island’s luxury property market.

The Real Estate Developer Association of Singapore asked the government to ease regulations and stop prices in the luxury property market from decreasing further.

“Not many Singaporeans are buying into this [luxury] segment. Prices have indeed come down substantially,” explained Augustine Tan, the association’s president. 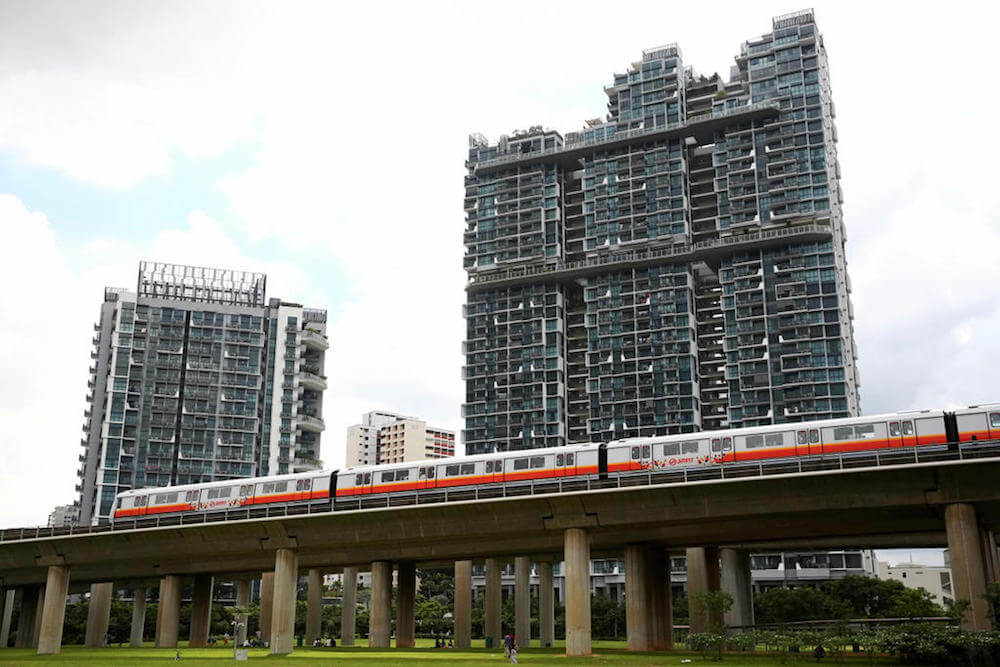 City Developments, one of the biggest property developers in Singapore, believes the property market could face foreclosures and fire sales.

They believe it will happen while rental demand plummets, making homeowners unable to pay off their mortgages.

“Residential rents across all market segments, especially the high-end, are on the decline. This is coupled with a weak secondary market,” warned chairman of City Developments, Kwek Leng Beng.

“If this trend continues, with prices dipping more, some mortgage borrowers affected by lower rentals may have difficulty servicing their loans, possibly leading to forced sales,” said Kwek.

Singapore clearly has a difficult time ahead of it. All eyes are on the ruling People’s Action Party (PAP) to achieve a balance of keeping the city state’s property market robust yet sustainable at the same time.

With all of that said, Singapore’s commercial real estate sector enjoys higher yields and greater potential than residential properties.

Smaller-sized investors, like most of our readers, clearly can’t buy large malls in Singapore. But they can own shares in companies or REITs that do. CapitaLand Commercial Trust and Keppel REIT are two good examples. You can purchase both on the Singapore Stock Exchange.

Just make sure you aren’t investing at the very top of the market. A Singapore property bubble could burst soon – alongside markets throughout much the world.