How to Invest in the Vietnam Stock Market: A Full Guide Vietnam’s stock market has been on investor’s radars for awhile. The Southeast Asian nation’s popularity is somewhat due to Vietnam’s similarities to China in the 1980s and 1990s during its much earlier stages of economic growth.

Equities and currencies all throughout Asia have seen a roller-coaster ride recently. Regardless, the Vietnam stock market is among Asia’s best, outperforming competing exchanges in places like Hong Kong and Thailand.

Perhaps the main problem that stopping foreigners from investing in Vietnam stocks is that it’s difficult. Notoriously heavy bureaucracy along with a lack of market information have arguably held Vietnam’s equity markets back more than anything.

Authorities have taken steps to fix these issues though. Banks have recently become friendlier toward foreign investors (even non-resident ones) in Vietnam while the government simplified its regulations.

Likewise, the Ho Chi Minh Stock Exchange, Vietnam’s largest in terms of market cap, removed all restrictions on foreign ownership at the end of 2015. The nation’s government is now in the process of privatizing a huge number of state owned business too.

Yet although the websites of many stock brokerages and government departments are able to be browsed in English, their quality remains generally poor and there’s still lots of  Vietnamese-only information.

With that said, there have been huge improvements in Vietnam’s equity markets over the past decade or so. These changes are making it much easier for foreigners to invest in Vietnam.

Buying stocks is the sole viable option for some foreign investors, in fact, since you can’t own freehold real estate in Vietnam.

Between those two exchanges, you can purchase about 700 different stocks in Vietnam. That’s a massive amount of choice for a frontier market. 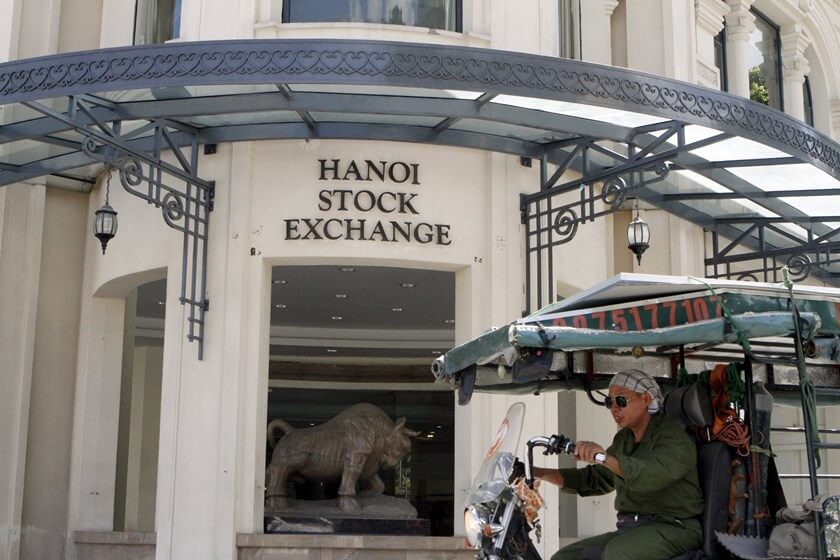 Despite Vietnam’s status as frontier market, its two large stock exchanges gives you more choice when compared to elsewhere in Southeast Asia.

Invest in the Vietnam Stock Market

Foreigners can invest in both of Vietnam’s two major stock exchanges. While there are several restrictions on the HSX with regards to majority holdings, this shouldn’t become a factor for all except the wealthiest of investors.

1. Find a Stock Brokerage in Vietnam

Getting a brokerage account is a requirement for you to start investing in Vietnam stocks. With language barriers still a problem in this country, its usually better to open an account at one of Vietnam’s largest brokerage firms.

Vietnam’s biggest stock brokerages are likely to have someone on hand who can speak English if you visit a branch in a main business district. Such firms are generally more competent when compared to smaller ones as well.

Below are the five largest brokerage companies in Vietnam by market share:

Once you have selected a brokerage firm, they will ask for a number of documents to be filled out. The exact types vary based on the brokerage but generally include:

The stock broker should also be able to help you open a bank account in Vietnam with one of their partners in order to hold funds and settle global transactions.

It requires filling out another form or two (or three), but the brokerage can reuse many of the same documents from the last step.

4. Apply for a Securities Trading Code

With everything else finished, the brokerage will apply for your securities trading code. This is essentially an ID for investors and a requirement for trading stocks in Vietnam.

That will of course require a notarized passport copy, but you should have already submitted that for Steps 2 and 3.

After getting a securities trading code, you’re done! Just transfer money to your new brokerage account, start trading, and join in on Vietnam’s economic growth.