Businesses and investors alike are looking at Asian markets more than ever. It’s no secret that this dynamic region is growing faster than anywhere else on the planet.

Most people consider investing in the usual targets first: China, Thailand, Japan and the rest of Asia’s bigger economies.

Of course, there’s nothing inherently wrong with these countries. Yet they’re now flooded with foreign capital and aren’t exactly undiscovered.

Many of the “no-brainer” investment opportunities that once existed in those countries have come and gone. Let’s face it: you’re not exploring new investment frontiers if Goldman Sachs and Citibank have entered the market.

You’ll have better opportunities in places where everyone else isn’t already going. How about investing in Kazakhstan?

Why Should You Invest in Kazakhstan?

A nation of 18 million people, Kazakhstan is central Asia’s largest economy and previously was a member state of the USSR.

They’ve arguably become the region’s biggest success story since the Soviet Union’s collapse in 1991. In fact, Kazakhstan boasts a GDP per capita which is almost on par with Russia’s.

But they certainly aren’t a bastion of liberty. President Nazarbayev has ruled over Kazakhstan’s one-party political system for nearly three decades.

Places like Singapore (and indeed Kazakhstan) are proof that lack of personal freedom doesn’t necessarily make somewhere bad to invest though. Look at the Heritage Foundation Economic Freedom Index and you’ll find barely any relation between democracies and free economies.

Vast oil reserves, pro-investment policies, and a strategic position on the map should lead to a bright future. Regardless, we think Kazakhstan’s location is their greatest asset.

That’s because Chinese-backed businesses alongside Kazakhstan’s government are financing billions of dollars’ worth of infrastructure in nearby countries. New railways, ports, roads, and other projects are popping up all over Asia.

Many of these projects are created through China’s New Silk Road, also known as the One Belt One Road (OBOR) Initiative.

Beijing’s goal is creating a modern version of its historic Silk Road from centuries past. They’re creating better ways to move products and materials across Eurasia, from Mongolia to France.

The New Silk Road will provide obvious economic benefits. Yet China’s soft power will also rise since they’ll operate crucial infrastructure around the world. After all, you’re more likely to ally with people who own your railways and roads in the event of a major conflict. 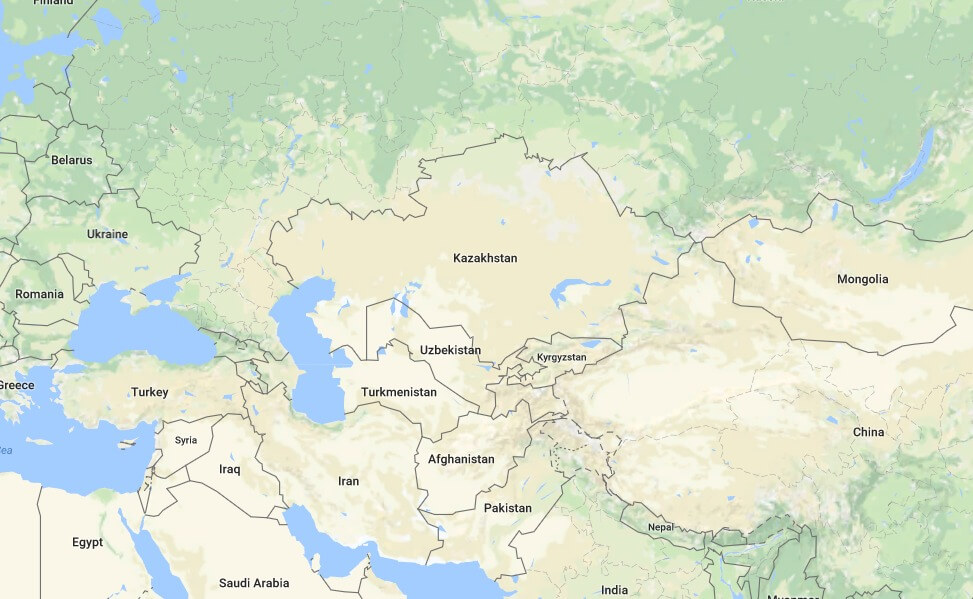 How does this relate to investing in Kazakhstan? Well, you’ll notice that moving between China and Europe is difficult without traveling through Kazakhstan.

Land routes that don’t involve Kazakhstan mean either going through the volatile Middle East or detouring across much of Siberia.

Either way, China’s New Silk Road is impractical without Kazakhstan. This should equal lots of investment, new infrastructure, and favorable terms for Kazakhstan which should propel the nation’s economy.

How to Buy Kazakhstan Property and Stocks

You have several options for investing in Kazakhstan’s stock and real estate markets. However, they all require visiting the country first.

Foreign individuals can only buy property in Kazakhstan if they’re a permanent resident, which is a difficult status to obtain.

In contrast, foreign companies can directly own property with less hassle. It’s usually easier to form a company and purchase real estate through its name instead of applying for residency.

Property in Kazakhstan is fairly valued once you jump through the hurdles. You can buy central real estate in the nation’s largest city of Almaty for under US$1,500 per square meter. That’s an extremely low price for an upper-middle income economy.

Kazakhstan’s stock exchange is sizable with over 130 listed firms and a market capitalization of US$42 billion. With that said, you’ll need to hop on a plane to open a brokerage account. We’re not aware of any methods to open a Kazakhstan brokerage account without visiting.

Of course, you can also start a company in Kazakhstan. It must be an actual business with real operations though. You cannot simply form a holding company with a sole purpose of owning real estate.

Foreigners can own 100% of a Kazakhstan LLC (Limited Liability Corporation). Most global firms do business in the oil & gas, manufacturing, tourism, and tech industries. Companies investing in “strategic sectors”, which all those industries are part of, receive generous tax incentives too.

Investing in Kazakhstan is currently difficult. But barriers to entry are a positive thing if you can break through them.

Kazakhstan enjoys clear potential and isn’t flooded with foreign money yet. Now is a great time to put forth some effort and enter the market.