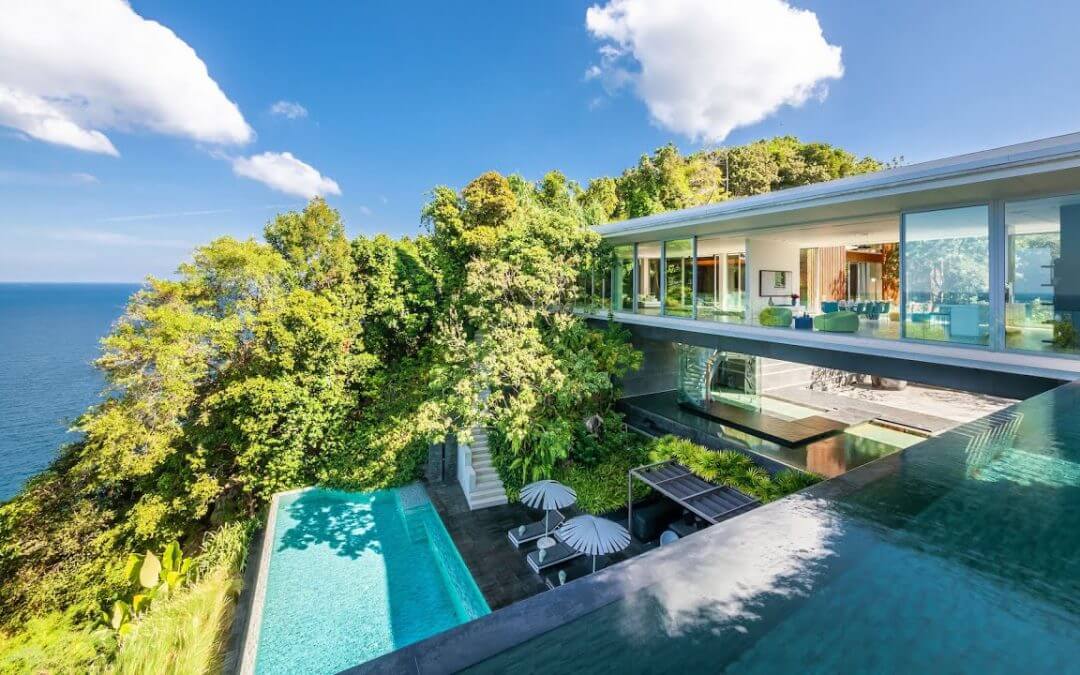 On the surface, buying real estate that caters to tourists seems like a fantastic idea. Not only are the locations and buildings beautiful but the tourists often have a higher disposable income than the locals.

However, after you’ve invested in these locations, you’ll quickly learn that tourists are a fickle crowd to please.

In this article, I will explain why investors shouldn’t buy property in resort destinations, or any real estate geared toward tourists – despite what the common wisdom might say on the matter.

Have you ever randomly decided to not wear a shirt you used to love, and before you know it, it’s ten years later and you find it hidden away in your closet? A simple change to your routine led to a prolonged and unpredictable change of behavior.

The same happens with entire geographic locations on a daily basis.

Take Dubrovnik, Croatia where certain scenes of Game of Thrones were famously filmed as an example. If you go there now, you’ll see an entire cottage industry designed to cater to fans of the show – Game of Thrones tours, accommodation,  souvenirs, etc.

The show has had such a warping effect on the city that there have been studies assessing the economic impact thereof. One such study by the International Journal of Tourism Research in July 2017 concluded:

“The cumulative effect in the 2012–2015 period amounted up to almost 245 thousand more tourist arrivals, one and a half million more overnight stays, and almost 126 million euro more foreign currency revenues from travels.”

In the preceding four-year window prior to the show’s release, tourism had only grown in Dubrovnik by 7%.

After the show’s premiere, the following four-year window amounted to an increase of 37.9%, meaning that most of the growth prospects of the location were tied with the show’s success.

It’s worth stressing though that before Game of Thrones, Dubrovnik was a desirable tourist destination in and of itself.

However, now that the show is over, and the enthusiasm has waned as the public at large found it underwhelming, it remains to be seen whether that tourism influx will disappear overnight.

If you hold commercial or residential resort property in a city like Dubrovnik, that must keep you up at night.

That said, the data remains inconclusive, as the show ended during the Summer holiday period of 2019, and the coronavirus has obviously provided a negative shock on tourism as a whole.

But this brings up another interesting point, this type of “fashion” shock is nothing new. It has happened even in non-Western countries and with much smaller productions. As with The Beach, an adventure drama film featuring Leondardo Di Caprio as an adventurer in Thailand.

Not only did the production of the film cause catastrophic ecological damage to the location itself but tourists began flooding the destination.

At the time, had you invested in the location, you might have been quite pleased with yourself, as the added attention would boost the prices.

But as the years wore on, the beautiful Maya beach was destroyed completely. To such an extent that the Thai government had to step in.

Now, the beach is closed a quarter of the year, and during the high-season there is a daily visitor cap to mitigate the ecological damage and hopefully restore it.

In other words, had you invested in real estate here, at least for the foreseeable future, you would lose over a quarter of your revenue.

This is because tourism is a zero-sum game – there are only so many tourism dollars available, and if they’re being spent somewhere else, you don’t get any of the benefits.

I use the movie examples because they’re an event that one can easily point to and analyze, but it happens every day on social media and in society in general.

Even during normal times, vacation spots are too subject to becoming a  “flavor of the month.” There have been too many tourist booms (and busts) based on a single viral Instagram post for me to be comfortable thinking that my money is secure while invested there.

There are plenty of good beaches in the world – it’s just a matter of where people want to live. In contrast, an apartment building in the center of a capital city will have more constant and locally-driven demand. 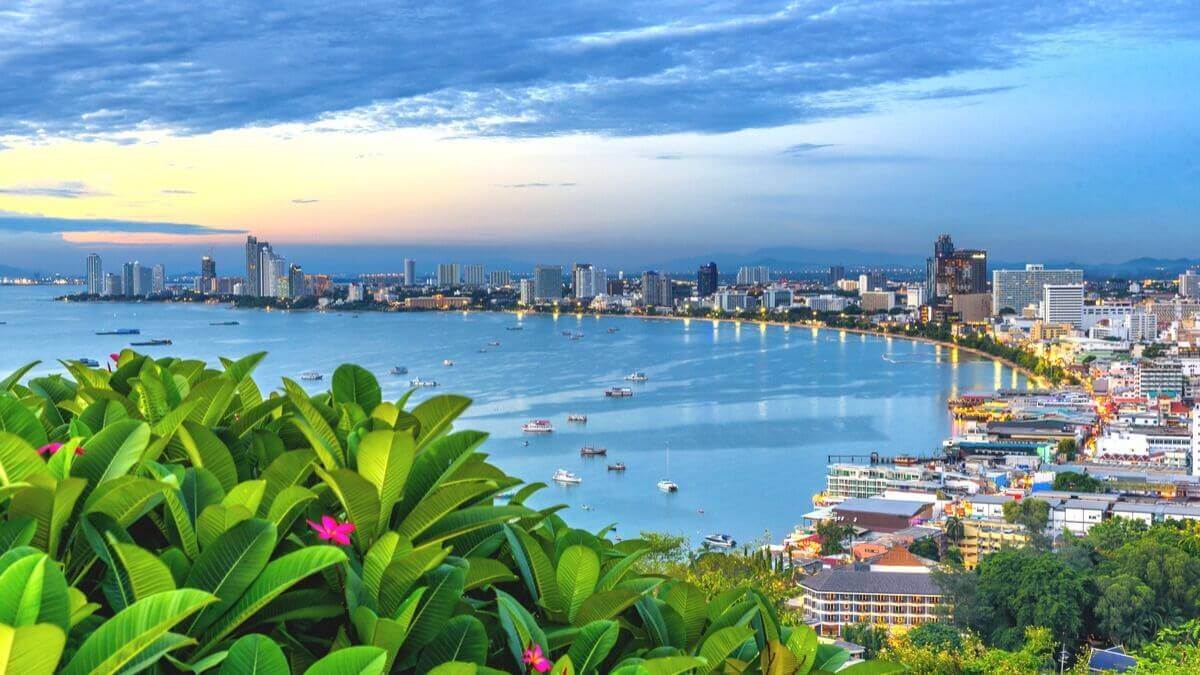 Capital city real estate usually outperforms resort destinations. Using Thailand as an example, Bangkok’s condo market has significantly outperformed resort property in Pattaya (along with Phuket and Hua Hin) over the past decade.

It hardly bears saying, but I’ll say it regardless for the sake of thoroughness: 2020 has been an economically disruptive year. Demand for anything tourist-related collapsed overnight, even airlines are hanging on for dear life.

Which leaves the investor who banked on tourism booms in the lurch. The tourists did not come, and for some places, they may never come again. Crowds are fickle, and they are already adapting their plans based on the likely present and future circumstances.

Some countries decided not to close down their economies and are seeing major tourist booms as a result.

For example, Air Serbia has reported that flights from the U.S. to Serbia have jumped by over a third since the same time this year.

They also increased U.S. to Serbia routes from 24 in October 2019, to 24 in October 2020, given that it’s one of the few countries that remain relatively restriction-free and open to foreigners.

Most Americans would hardly be able to find Serbia on a map, so it certainly shows how random changes in the environment will lead to unexpected winners – whether you’re in Bangkok (usually the most visited city on Earth during any given year) or Belgrade.

Yet again though, if you were to invest in Belgrade out of the expectation that the tourist boom would prove lucrative, you’re chasing something ephemeral. Demand for the location might stay for years to come, as happened on Maya Bay after “The Beach” movie, or it may collapse.

I understand the lure of these locations, as some offer extraordinary returns. Take Davos as a perfect example, for most of the year, it’s an unassuming Alpine town with a population of 11,000 people.

Yet, once a year in late January, the world’s elite flood this tiny town for the World Economic Forum that has historically been held there.

During this time, prices sky-rocket and it’s not uncommon for families who have homes there to rent them out for extraordinary profit. Sometimes they make enough money to not have to work for the rest of the year, as properties can go for thousands of dollars per night.

However, now with COVID-19, the World Economic Forum has been pushed to May. Worse still, it moved to the city of Lucerne. As such, every single hotel and private accommodation that depended on the billionaires to show up for their annual income is left with nothing.

With a stroke of a pen, a decision maker somewhere destroyed the livelihood of thousands, and might not have even taken them into account when making the decision.

I don’t think you want to be in this position, where your multi-million dollar investment proves worthless overnight because of factors outside of your control.

What you want to do is to go to locations that are resilient. Generally speaking, vacation spots, or places with cyclical demand, are more heavily affected during economic crises in general – not just with the current international travel restrictions.

But regardless of whatever happens, countries still have their capital cities and financial hubs. Investments in residential, office and other types of real estate aren’t as affected by economic shocks when compared to resort property.

However, there was a subset of people that did become rich, and those were the people supplying the craze. It was the general store owners who sold everything from pickaxes to lanterns to jeans who could the easily pivot to meet consumer demand.

In much the same way, there are gold bonanzas around the world. Suddenly, one location has become very trendy, and everyone’s piling their money there. It might be a good investment, or it could be a bust.

Why not learn from the lessons of history? Go to the capital where there are factories and banks that are partially fueling this boom.

Regardless of whether the boom succeeds, there is already built-in demand here. Chances are that these types of places will be there for the next decade, half a century, a century, or even more.

By aligning your financial incentives with more permanent factors that don’t depend on flashy marketing, you can benefit from the increase in demand for the country’s infrastructure, while incurring little of the risk.

… And that’s why investors shouldn’t buy property in resort destinations, or any real estate geared toward tourists in general.