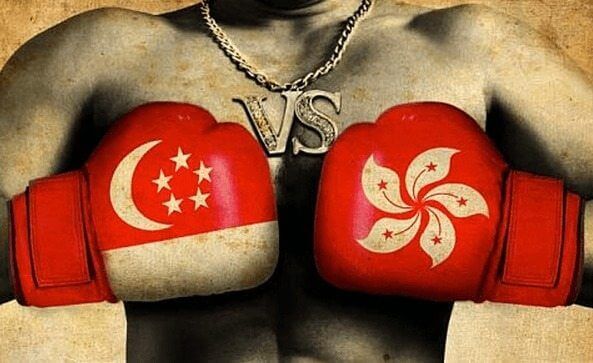 With a population exceeding four billion and growing fast, events in Asia will increasingly shape the whole world. Not every country will benefit equally from Asia’s rise though.

The region’s top finance hubs will facilitate capital flow as more money is created and invested across Asia. Nations such as Cambodia and Vietnam are growing at a rapid pace exceeding 7% annually. Yet such frontier markets often lack a robust finance industry or stable rule of law.

Singapore and Hong Kong are currently top contenders for the title of East Asia’s main finance hub. And rivalry between them is intense at times.

It’s simple to understand why there’s competition between Singapore and Hong Kong. After all, the two cities have much in common with each other.

Both cities are gateways between the world and their respective regions (Singapore for ASEAN, Hong Kong for Mainland China). Both of them lure an immense amount of foreign investment as well.

Of course, the US-China trade war alongside mass protests in Hong Kong are giving Singapore a boost over its rival lately. But that isn’t the end of our discussion, nor is it a nail in the casket for Hong Kong. 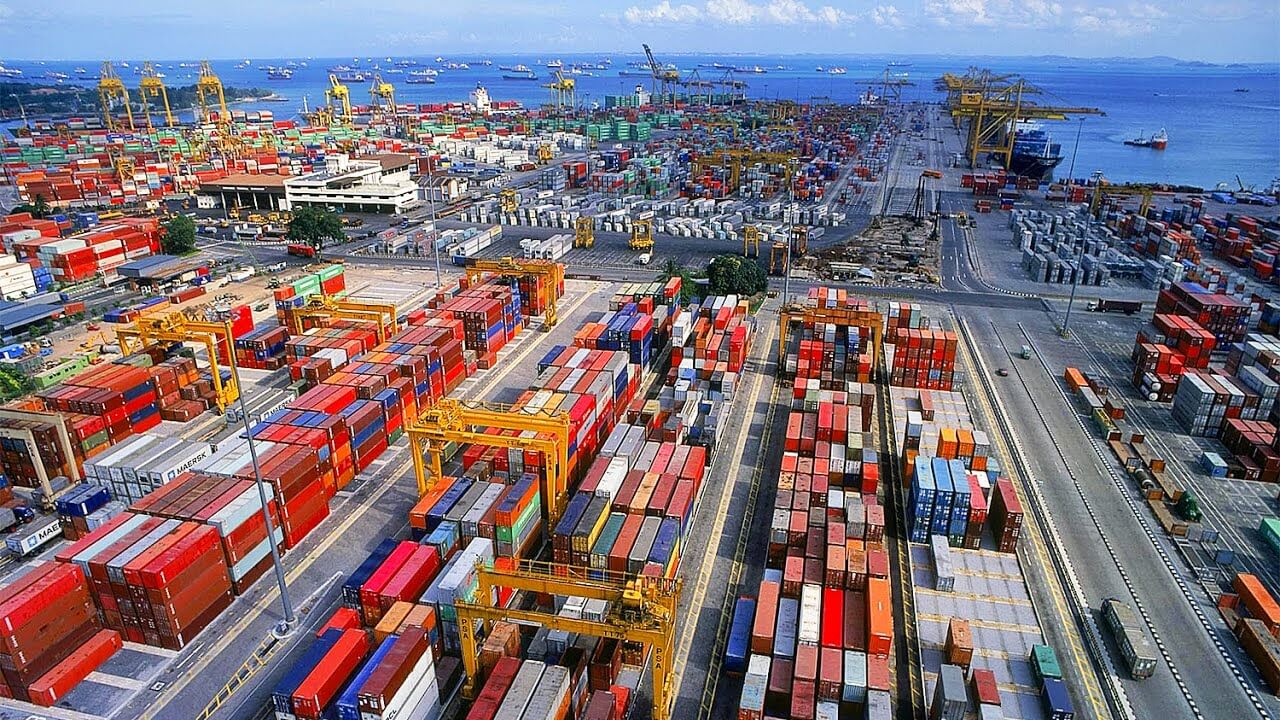 Singapore boasts the busiest container port in the world by some measures. The Port of Hong Kong held this title not long ago.

Singapore and Hong Kong: Ranking Near the Top

Hong Kong and Singapore have done many things correctly. Both continuously score near the top of several important rankings too

Singapore has ranked either first or second place in The World Bank’s Ease of Doing Business Index since 2006, while Hong Kong scored in the top four since 2007.

Similarly, and despite Hong Kong and Singapore’s small size, each of them hosts one of the top five busiest container ports in the world.

The total value of Singaporean exports is greater than anywhere else in Southeast Asia. That’s despite being the smallest country in the whole region as far as size is concerned.

Much of Singapore’s success regarding trade is due to their massive re-export sector. Likewise, Singapore became adept at producing high value goods including pharmaceuticals and refined petroleum.

Products such as those are ideal for Singapore’s circumstances and size. Drugs and refined gas take up less space on the factory floor when compared to lots of manufactured goods.

Which is Best for Banking and Asset Management?

You simply cannot be a financial center without having excellent banks, skilled market-makers, along with a host of other reputable institutions. Neither Singapore or Hong Kong disappoints in that realm.

A yearly report published by Bloomberg lists Hang Seng Bank, among Hong Kong’s largest, as the most well-capitalized bank in the world.

Singapore and Hong Kong combined have barely more than half a percent of the Earth’s total population. Yet each of them grabbed two spots on the list of strongest banks in the world.

The entire continent of Europe only has three of the world’s best banks, while all of the Asian continent has just six by comparison.

Meanwhile, tax rates in both cities are among the world’s lowest. Offshore companies in Hong Kong or Singapore, if structured correctly, can pay zero percent income tax assuming they are not serving local customers.

Even if you’re conducting business and paying tax in these two countries, it’s still a rather low rate for individuals and corporations alike. Income tax rates in Singapore and Hong Kong are below 20% in the highest income brackets.

Neither jurisdiction has estate or capital gains tax, making both a great choice for investors or wealthy retirees.

Combined with additional factors such as business-friendliness and transparent legal systems, tons of foreign capital is lured into Hong Kong and Singapore – perhaps even too much money at times.

Singapore’s real estate market, for example, required government intervention to cool it down. Property in Singapore is arguably in a bubble.

Singapore vs. Hong Kong? There May Not Be a Fight

Both Hong Kong and Singapore obviously do banking very well. But their similarities lead many to wonder if one is a better place to invest and conduct business in.

Some analysts even think one will eventually overwhelm the other and make it obsolete in the long term.

Yet there’s no easy answer to the question of “which jurisdiction is better?”. It depends entirely on what you’re looking for.

For example, Singapore is a hub for entrepreneurship. It’s easier to navigate for venture capital firms and safer to launch an international startup in.

Singapore’s legal system, which is based on British common law, combined with its availability of native English speakers gives them an edge if you’re an entrepreneur or venture capitalist.

Hong Kong, on the other hand, specializes in investment and finance. Its link with the Shanghai Stock Exchange along with a larger presence of multinational banks and brokerage firms give it an advantage over Singapore in that arena.

Contrasts between Singapore and Hong Kong don’t stop there either. Singapore remains best at wealth management, Hong Kong at investment banking. Singapore when it comes to Forex, Hong Kong for equity trading.

More likely, these two jurisdictions will complement one another (similar to the way Zurich and Frankfurt do) rather than Singapore or Hong Kong “winning”.

Regardless, the world is watching the “fight” between Singapore vs. Hong Kong. They are both perfect examples of Asia’s rise as a whole.

What About Protests and the Trade War?

Large-scale protests in Hong Kong combined with an intensifying trade war between China and the United States are causing a few people to wonder: is Hong Kong now dying? Did Singapore finally win?

Indeed, billions worth of capital fled from Hong Kong to Singapore lately. Political instability is taking its toll on Hong Kong’s reputation as a safe haven… and Singapore stands to gain from its competitor’s loss.

We can’t predict the future. Regardless of what happens though, Hong Kong will probably hang onto a majority of its strong points.

For example, Singapore will never get as close to China as Hong Kong is. Whether we’re talking about in a geographic or political sense.

Hong Kong’s physical proximity to the mainland, direct linkages between Hong Kong, Shanghai, and Shenzhen’s stock exchanges, and the “One Country, Two Systems” principle are all factors that Singapore can’t replicate.