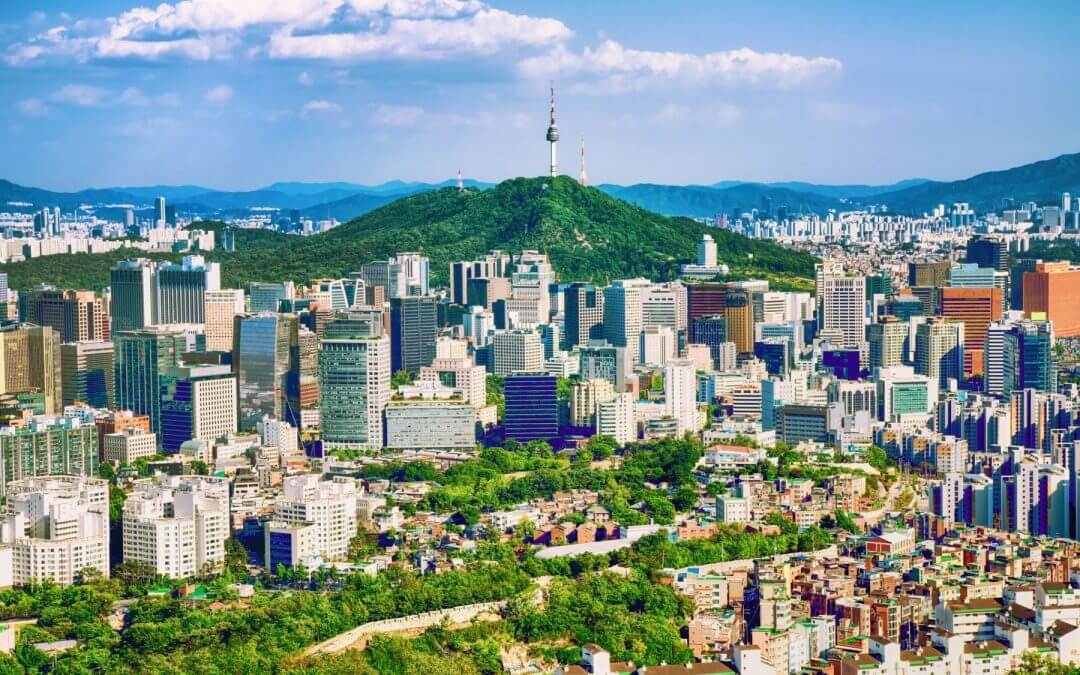 This puts it in a very select list of top-achieving economies. Few other places have outdone South Korea’s economic development over the last few decades.

Furthermore, South Korea is likely to continue on a positive development path as its competent governance and rising income continue helping fulfil its potential.

South Korea, quite simply, is among the world’s most economically dynamic countries. It remains is model which many other nations are looking to emulate.

Choosing a property (and by extension, the developer who built it) is the first step towards investing in foreign real estate. This guide serves to help prospective condo buyers and stock traders alike invest in Korea’s real estate sector.

Headquartered in Seoul Hyosung is a Chaebol – a Korean conglomerate –  spanning the chemical, industrial machinery, IT, trade, and construction industries.

In regards to its construction projects, the company specializes in residential housing, business and commercial, as well as civil and SOC projects.

Since the 1970’s it has been a trend-setter, as it was the first major property developer that introduced villa type residential buildings in Korea.

Among its more noteworthy active residential buildings within their portfolio is the Hyosung Harrington Place, which is a 114.93m tall complex with 30 above-ground floors, which was unveiled in June 2019. 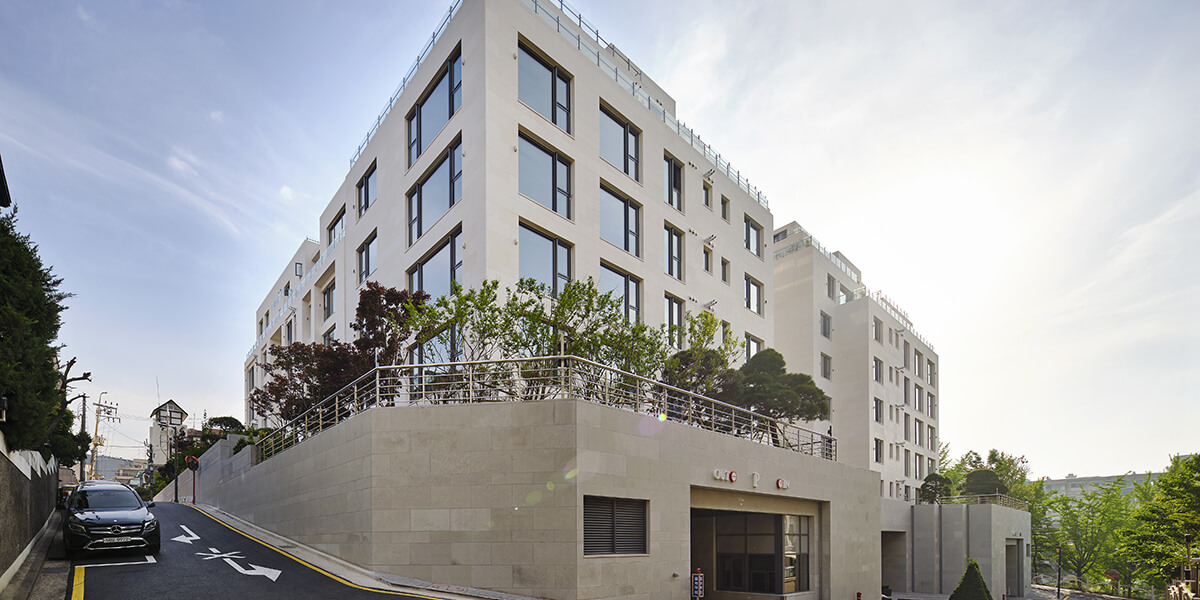 Hyosung Villa Cheongdam, shown above, is one of the Seoul metro area’s most expensive apartment buildings. Buying a unit in this building will cost you around US$25,000 per square meter.

Dongbu Corporation is a global construction and real estate company headquartered in Seoul.

Given this, Dongbu Corporation has various concession projects, through which it provides bus transportation and freight services.

It is one of Korean’s most prolific developers and has built various public buildings over its half a century of operation. Among them is the National Museum of Korea, which is the 6th largest museum in the world.

Delim Corporation is a Korean property developer within the DL Holdings conglomerate, which has a global reach and has its headquarters in Seoul.

Since it is part of one of the largest chaebols in South Korea, it is able to leverage considerable business synergies by offering comprehensive consulting and construction services, especially in the residential, business, commercial and logistic facilities.

In addition, Daelim also offers engineering services in the development and design of construction machinery and electric fields.

Among its recent designs is the Busan Jaesong 2 District Reconstruction Project. The plans involve the construction of 938 apartment units in 8 buildings with 6 floors underground and 34 floors above ground, as well as adjacent auxiliary welfare facilities. 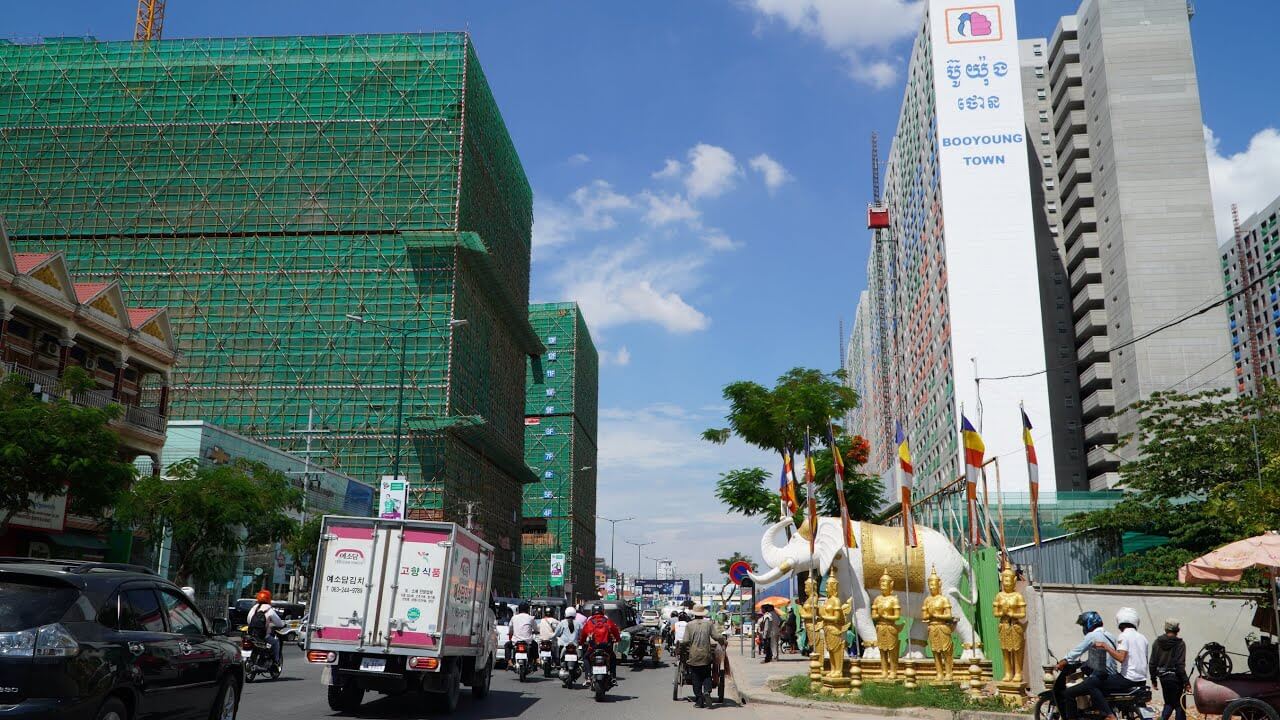 Booyoung Group is a multinational company with operations in several countries – not just in South Korea. Pictured above is their Booyoung Town project in Phnom Penh, Cambodia.

Headquartered in Seoul, Booyoung Group is among the largest property developers in Korea, which also operates in neighbouring Southeast Asia.

Over its 39-year history, Booyoung has managed to build 270,000 households in 352 housing complexes.

Among its most ambitious projects in recent years was Dongtan New Town, which is a world-class planned community in the southern urban area of Korea. It is designed as a business-hub for research, development and export and is accessible by KTX in 20 minutes.

In addition to its construction business, Booyoung also manages various international resort hotels, a telecommunication service company, and owns a bank in Cambodia and Laos.

State-owned Korea Land & Housing Corporation (LH) specializes in the development of urban environments, as well as the maintenance and management of plots of land and housing. It primarily does business in South Korea but has business internationally.

LH is Korean property developer headquartered in  Jinju-si, and operates under several sub-brands to sell different types of real estate. These include Humansia, Tranchae, Jugong Green Ville, and A Thousand Trees.

Among Korea Housing Corporation’s more interesting projects is the Smart City, a misnomer as it is actually made up of four different towns which are connected to each other. The main goal of the project is becoming a hub of Seoul’s Northeast region.

Among some of its more noteworthy construction projects is the Sebang Lithium Pyeongdong Factory. It was only recently begun at the start of the year and is slated for completion in June 2021.

It covers an area of 33,013 square meters and is a good example of the monumental tasks that this Korean property developer can accomplish in relatively short timeframes. 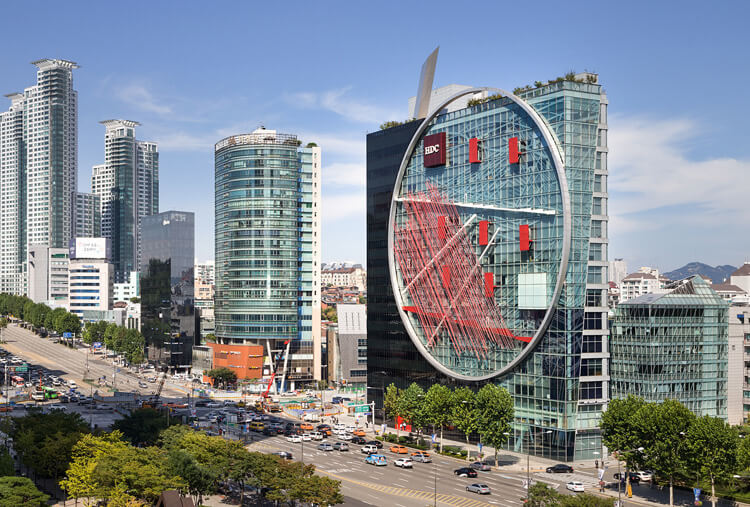 HDC is one of Korea’s largest real estate firms. Condos and other consumer-targeted housing projects are just a small part of its overall business.

This company recently spun-off from HDC Holdings, which specializes in property development, construction and hospitality. It retained its Seoul headquarters, but it also operates internationally.

While 48.1% of the area is foreseen to be residential, the rest will include themed shopping malls, complex commercial facilities, public spaces, religious facilities, as well as an ecological park with an area of 60,000 square meters to develop a luxury urban space.

Hines is an international real estate development, management and engineering firm with its main headquarters in Texas, but it has a Seoul branch as well.

Since its Asian expansion two and a half decades ago, the South Korean property developer has completed many projects in the region. Combined together, Hines has 17 projects totaling 14 million square feet across various sectors in Korea.

South Korea’s National Pension Service (NPS) and Hines recently committed US $1.5 billion for property developments in the country, and internationally in the mixed-use, residential, office and logistics sector in markets with a high entry barrier.