Top 5 Safest Currencies in Asia: Hold These in a Crisis 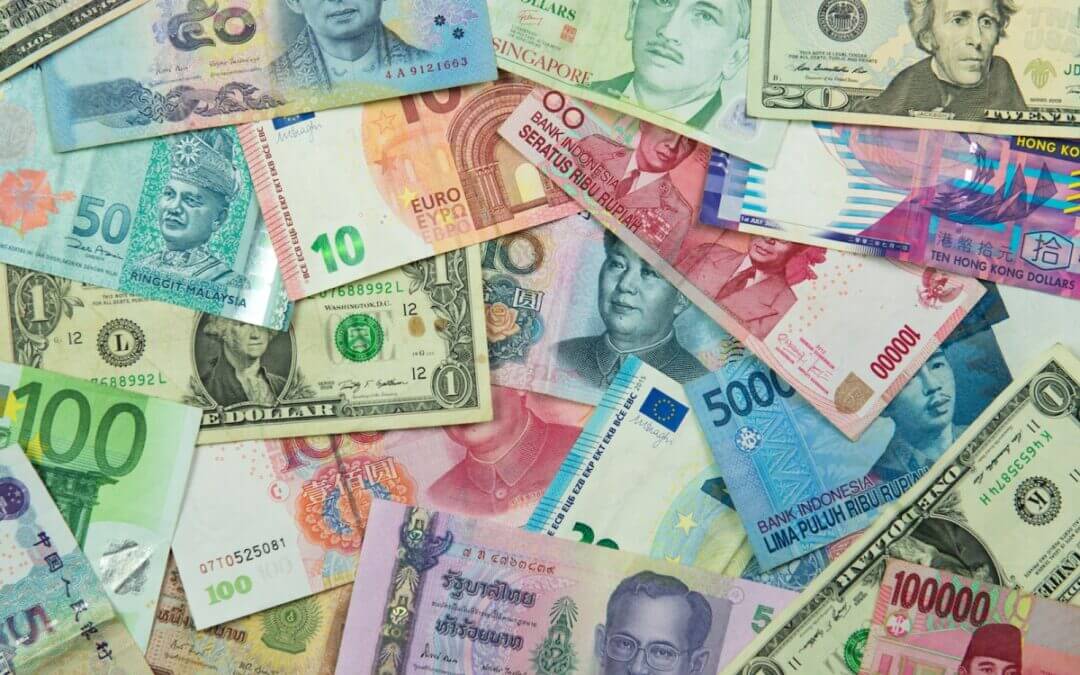 High inflation is among the top concerns that investors now have about the global economy. By diversifying your assets across different currencies, you can reduce risk though. Here’s why you should add some of the safest currencies in Asia to your portfolio.

Ever since we entered the modern era, there are regions of the world that have dominated and excelled against the rest during recession and times of crisis. This is partially because they mastered lessons that put them ahead of the class.

In the 19th century, the future was in Europe with the Industrial Revolution; in the 20th century, the potential was in the United States with Fordism and Taylorism.

Now in the 21st century, the digital era is in Asia.

With our eyes on the new century, we have to modify our investments to suit the change in demand. Safety lies where there is built-in demand for decades to come and an ecosystem of industries that do business in it.

With that in mind, we will be exploring the five safest currencies in Asia over the last decade as measured by USD and a basket of currencies used by the International Monetary Fund (IMF), which when packaged together are known Special Drawing Rights (XDR).

The reason we will be using these two measures is so that we get a more accurate picture of the currency’s safety.

Thus, XDR represents a good baseline to compare to in order to see the true value of the Asian currencies when compared to global purchasing power.

In other words, you will be able to see the safety of the currencies, but relative to the world as a whole. An unfavorable USD valuation doesn’t necessarily mean that it’s a badly performing currency when viewed within an international context.

Singapore has been one of world history’s economic miracles, as it went from backwater to top financial center within a lifetime.

Naturally, the Singapore dollar rose along with it. For the most part, it has managed to keep up its value against the USD. In decades prior to this, it appreciated considerably.

Despite the extraordinary appreciation of decades past, price increase is not necessarily desirable in a currency, so the relative stability of the past decade is a good thing.

With price stability comes dependability, allowing a whole ecosystem to grow around it as a consequence. Ultimately, you don’t want your store of value to be volatile, you want it to be reliable.

While Singapore technically shares the spot “most desirable financial center in Asia” with Hong Kong, the SGD today is among the 15 most traded currencies worldwide.

The Singapore dollar is increasingly considered a hedge against major world currencies, for the same reason the currencies of other financial centers (Swiss Franc, Great British Pound) are valued. 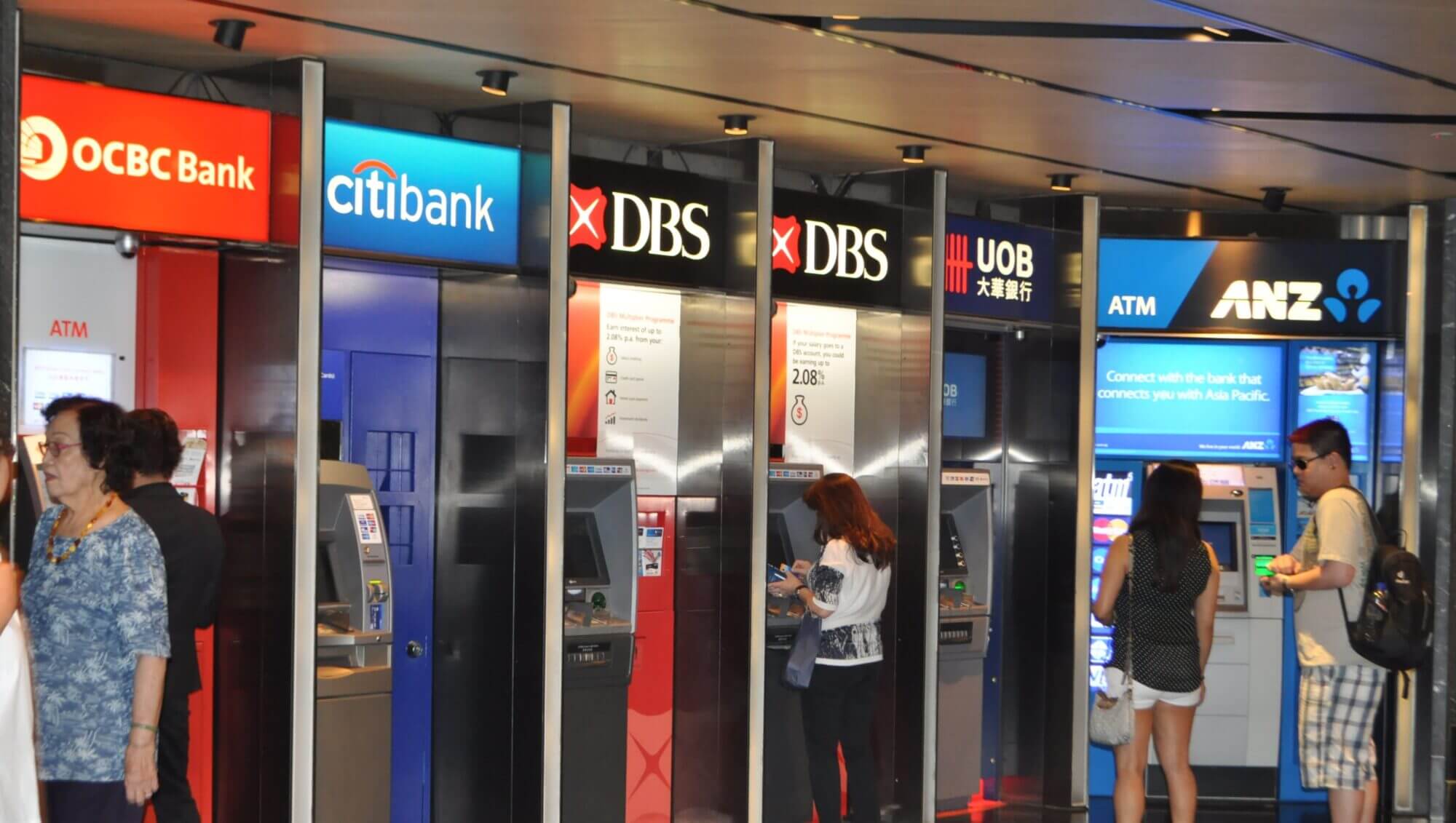 Singapore’s focus on banking and wealth management will continue driving demand for its currency. Per capita, Singapore is now the 4th richest nation in the world – and almost half again as wealthy as Switzerland.

Furthermore, over the last few decades, the Singaporean financial institutions have continued to increase their share of assets under management compared to traditional hubs like Switzerland, which bodes well for investor confidence in SGD and its future prospects.

That said, it’s an incomplete story. The USD isn’t the only international currency out there, after all.

Hence, when we compare it to the basket of currencies of an XDR it turns out far more favorably, on a decade viewpoint, it lost (-1.42%) while in the 5-year timeframe it gained (2.58%). Overall, this makes the SGD one of the safest currencies in Asia.

It was only recently that South Korea managed to escape the middle-income trap to join Singapore and Japan as the Asia-Pacific region’s third most developed country. This puts it in a very select list of achieving economies.

Overall, it is a unique mixed economy that still shows great potential for appreciation, especially when we consider the relative stagnancy of its neighbour, Japan.

Put simply, a considerable portion of the economy’s value remains in illiquid structures that may yet come into play in the stock market in the coming decades.

Given its steady growth and a clear path for development, the Korean Won remains a leading alternative to the Yen for similar reasons as the Singapore Dollar.

KRW has fluctuated within a narrow range of 1050 and 1250 to the USD for the past 10 years, making it one of the region’s least volatile currencies.

Considering the differential between KRW and USD was under 8% over the course of a decade, it would seem to be a good diversification hedge.

Furthermore, when we broaden our view to international trade, it actually performed rather well. While on the decade standpoint it underperformed Special Drawing Rights by -4.22%, it outperformed them in the 5-year standpoint by 6.54%.

Thailand’s growing economy and middle class make it an attractive place to do business.  Partially to blame for this good fortune is the world’s recent diversification away from China, and (during normal times) a booming tourism sector.

The Thai Baht is so highly sought after that some investors are increasingly looking at it as an alternative to the Singapore Dollar. Surprisingly, it has maintained less volatility than internationally recognized currencies, like the Japanese Yen.

While I typically refrain from looking at foreign exchanges in year-long timeframes as the volatility often amounts to randomness, the THB did rather well even against most world currencies in 2020.

That’s particularly noteworthy, considering that 2020 wasn’t a normal year by any measure. 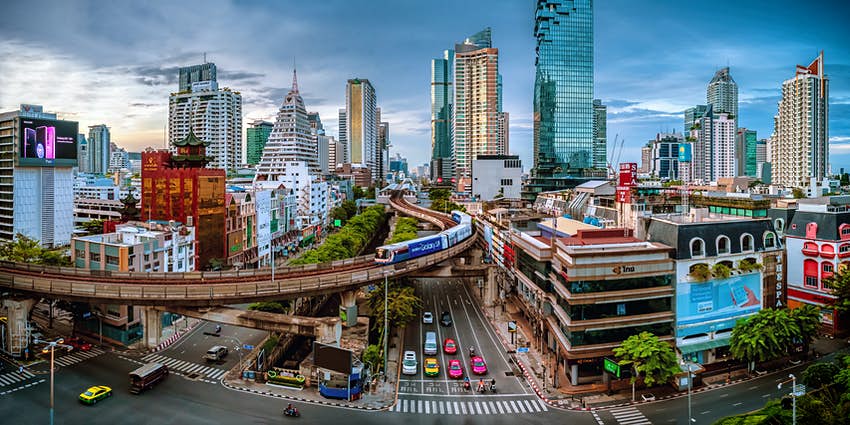 The Thai Baht’s stability over the twenty years have led many investors to consider it Southeast Asia’s second “safe-haven” currency, along with the Singapore dollar.

With that said, Thailand remains a fairly undeveloped economy. Investment sentiment can often get ahead of the on-the-ground realities, and this is reflected in the prices of the past decade.

The THB depreciated -10.17% against the USD over the course of the past decade but appreciated 3.74% over a 5-year timespan.

As for how it compared to other currencies worldwide, it underperformed against XDR on the 10y and 5y timeframe (-1.83 & -2.69%, respectively), but these are well within volatility ranges.

In other words, the Thai Baht, at least where it concerns currency fluctuations, punches above its weight classes and is a safer investment than other comparable options.

Japan was the trendsetter for Asia and started industrialization long before any of its peers – as far back as 1852 it had begun the process of modernization.

Unsurprisingly, the Japanese Yen is not only considered one of the safest currencies in Asia but is also the world’s third most heavily traded and liquid currency after the USD and EUR.

This advanced economy, of course, comes at a great price and it is one of the first economies to suffer from decade’s long stagflation – during which time the economy doesn’t develop, but inflation rises.

Consequently, Japan has debt problems wherein their debt/GDP ratio is over 200%.

Nonetheless, the situation is far from being one of doom and gloom! JPY has a long history of relative stability against other major currencies and is backed by a government with an A+ credit rating.

This is reflected fairly well in the international demand against Special Drawing Rights, where it appreciated 26.64% over the course of the last decade and 10.93% over the last five.

However, we can’t ignore that it has severely underperformed against the US Dollar over a decade (-30.36%).

Admittedly this is a bit of an unfair statement since it was at the highest exchange rate that it’s been in decades in 2011. And the situation has become considerably more stable since. In the past five years, it only underperformed 9% against the USD.

The economy of Malaysia is the sixth-largest in Southeast Asia. This is, in no small part, because its labor productivity is vastly more developed than in adjacent countries.

Malaysia is increasingly developing knowledge-based industries and has a willingness to industrialize, hence prior assessments that it is purely an “oil-linked” currency are outdated.

You can see for yourself, as the price of oil fell over the past five years to surprising lows, and yet the MYR performed rather well.

In terms of Special Drawing Rights, which represent most major world currencies, it outperformed by 7.37%, while purely against the USD, it underperformed by -5.98% – which is comparable to most others on this list, despite being handicapped.

This alone should be enough proof to show to the doubters that there’s much more to Malaysia’s economy than oil exports.

For some investors, the diversification built into Malaysia’s economy has made the ringgit an attractive alternative to the SGD.

There is one catch though: it’s illegal to hold MYR in a bank account outside of Malaysia, so you need to have local financial arrangements to invest in it.

Why Hold the Safest Currencies in Asia?

A mistake that a lot of people will make when comparing currencies over the course of decades, is to look at the relative exchange rate in a vacuum.

In the case that the currencies both fell in value relative to each other, you might initially think your investment performed well. However, when viewed in real terms, and against the purchasing power of other currencies, it might certainly paint a different picture.

Remember: the reason you are investing in Asia in the first place is to escape the hegemony of the US, and to diversify away from the USD.

As a hedge, it’s fully expected that there will be some relative volatility. But as the economies develop, and the USD loses prominence, holding the safest currencies in Asia will certainly be an investment that pays off.