When buying offshore real estate, picking a city is perhaps even more important than choosing a country to invest in.

Real estate is driven by local factors like employment opportunities and housing supply. Because of that, a nation’s broader economic data usually isn’t relevant to the performance of its property market.

For example, if you purchased a luxury condo in one of Bangkok’s central neighborhoods ten years ago, your asset would have doubled in value since then.

If you bought in Pattaya instead, just a two hour drive away, then you’re now facing a buyer’s market due to oversupply problems and weak tourist numbers. Your asset probably wouldn’t have appreciated much, or at all.

And your results in neither of those cities would correlate with Thai GDP growth or any other general economic indicator.

Returns will depend on the specific location you’re buying in. Of course, that doesn’t mean choosing a country isn’t important as well.

Buying real estate in Malaysia will give you a ten-year renewable residence permit along with several additional perks. Likewise, foreigners can legally own land in places such as Japan and South Korea.

Laws are determined at the national level. Meanwhile, appreciation and rental yields mostly rely on the precise city or neighborhood.

We’re more interested in returns than residency here at InvestAsian. Granted, some investors enjoy the idea of owning land abroad. Or may want permission to actually spend time in a city they’re buying property in.

Keeping all that in mind, below are Asia’s five best cities to buy real estate, listed in no particular order.

The cities are judged based on appreciation prospects, demographics, rental yields, and variety of options available to foreign investors.

Bangkok is one of the world’s most visited cities. During a normal year, its annual tourist arrivals outrank favorites like London and Paris.

Thus, Bangkok’s property market is perhaps your most liquid choice in Southeast Asia because of its plethora of realtors and fresh flow of foreign buyers.

Remember also: you aren’t just investing in a house or condo unit when buying offshore real estate. You hold a stake in the currency your asset is denominated in too.

It’s therefore worth mentioning that Thailand’s Baht is among Asia’s best currencies lately. Since the turn of the century, The baht outperformed currencies frequently used as a storage as wealth including the Singapore Dollar and Japanese Yen.

Kuala Lumpur, while overlooked in favor of Bangkok, arguably has the region’s most open and competitively priced real estate market.

In fact, foreigners are allowed to own freehold houses in Malaysia, making it Southeast Asia’s only country where non-locals can legally buy land under their own name.

Foreign property owners can even get a long-term visa through the Malaysia My Second Home (MM2H) program.

Malaysia is ASEAN’s third richest nation right after Singapore and Brunei. Your first guess might be that property in Kuala Lumpur is more expensive than other cities on this list.

You can buy a luxury condo right in the center of Kuala Lumpur, Malaysia for around US$4,000 per square meter though – less expensive than Bangkok and about the same price as Manila.

These factors make Kuala Lumpur one of the best cities in Asia for real estate. It’s certainly one of your most versatile choices. Malaysia’s lack of foreign ownership restrictions, good value for money, and having residence included is a full package.

Cambodia’s capital is among Southeast Asia’s fastest growing cities. Due to strong urbanization and a healthy birth rate, Phnom Penh’s current population of two million will double by 2030.

A steadily increasing population, along with Cambodia’s rising middle class and other growth drivers, equals greater demand for central real estate in the long-term.

Phnom Penh’s finance district hosts more than a dozen global banks such as ICBC, Bank of China, and ANZ. Meanwhile, AEON Group from Japan recently built two huge malls out in the suburbs with each of them achieving 100% occupancy and several thousand visitors per day.

The city is an emerging tourist hub as well. Phnom Penh International Airport reached more than 5 million inward arrivals in 2018, up from 1.7 million just a decade earlier.

But despite obvious potential for appreciation and yields, prime real estate in Phnom Penh still costs below US$1,000 per square meter in many cases.

Property values in nearby capital cities like Jakarta and Hanoi, where foreigners can’t even own freehold land, are beyond US$4,000 per square meter in comparison.

Manila is already one of the biggest cities on the entire planet with over 25 million people living in its metro area.

And it will only get larger. Manila is expected to have at least 35 million inhabitants by the year 2050 which should rank the Philippine metropolis above even Tokyo and Beijing.

Similarly, the population of the Philippines itself will increase from 105 million to 150 million by 2050. This immense population boom will almost inevitably lead to higher real estate prices in the long term.

Manila’s prospects are comparable to other cities on our list such as Kuala Lumpur and Phnom Penh. Yet a difference between Manila and its rivals is the city’s sheer size – both currently and regarding its future potential.

Manila has the necessary weight to become a “Tokyo of the 21st Century” as implausible as it may seem now.

A negative aspect of buying Manila property is lack of options available to foreigners though. You can own freehold condominum units in the Philippines as a non-local but aren’t allowed to purchase houses or land.

The sole East Asian city on this list, Seoul boasts solid demographics and foreign-buyer friendly laws in stark contrast to China and Japan.

In fact, along with Kuala Lumpur, Seoul is one of very few capital cities in Asia where foreigners can own land and houses on a freehold basis. You won’t encounter any limitations as a foreign buyer in South Korea. 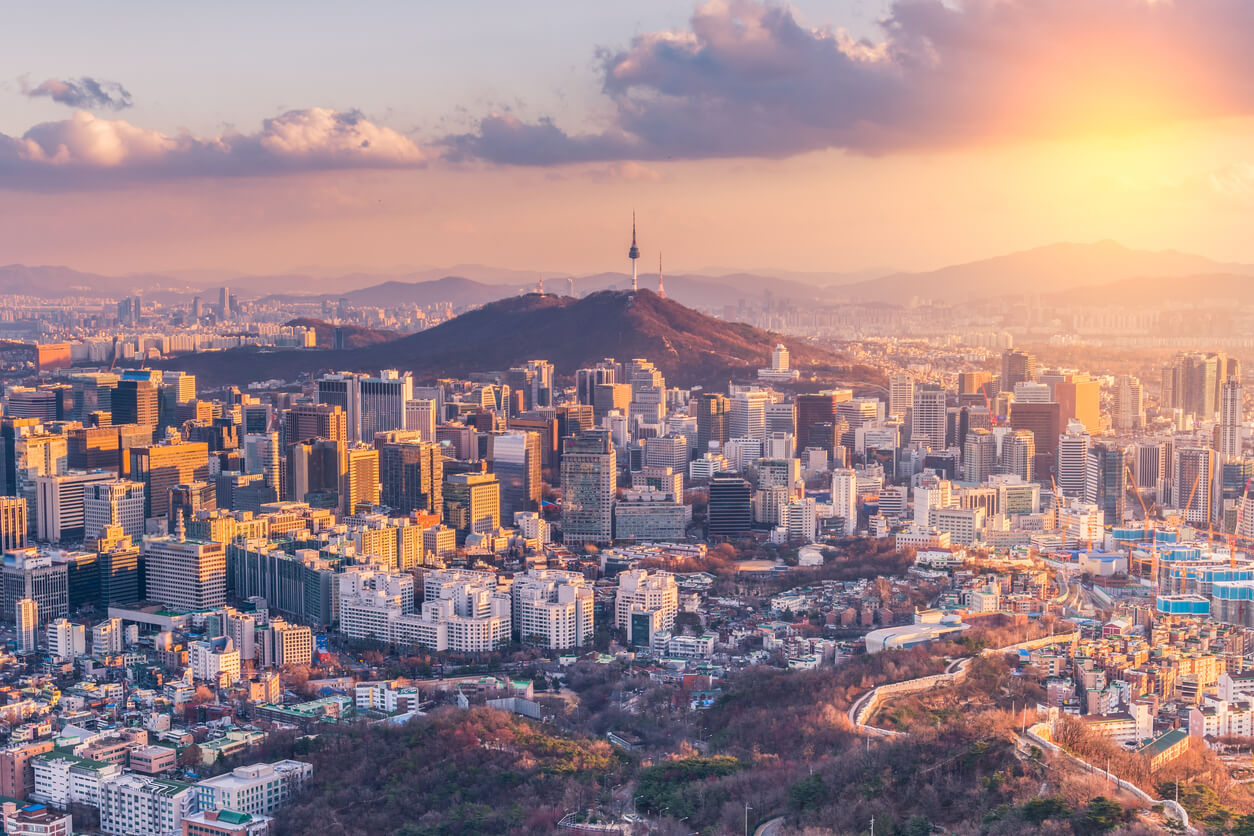 Buying freehold property in Seoul is an option, even if you’re a foreigner. South Korean real estate is denominated in a historically stable Korean won, and should enjoy strong appreciation over the long-term.

Seoul is also the only developed city on our list. You will not get outsized returns here like you would in Manila or even Kuala Lumpur. Of course, it’s a trade-off in exchange for stability.

With that said, Seoul enjoys far superior prospects compared to nearby Tokyo which will suffer from population decline throughout the 21st century. Korea’s population is aging slower, and in general, its economy is better than Japan’s.

Are you seeking yields or wealth preservation? If the latter, real estate in Seoul is a good blend of growth and safety.

Yield-seeking investors might want to consider buying property in Asia’s frontier markets instead.

You might have noticed that, with the exception of Seoul, all of the cities on our list are either in an emerging or frontier market economy.

Furthermore, each of these cities allows foreign investors to own freehold property in some form – whether for land or condo units.

It’s generally harder to buy land in Asia as a foreigner compared to elsewhere in the world. Yet there are select few countries that make foreign real estate ownership easier than others.

Thailand and the Philippines, for example, will let you buy a freehold condo, but not own land. Malaysia and South Korea, by contrast, generally don’t place limits on foreign land ownership (except maybe on agricultural land, or in areas of historic/cultural importance).

Outright ownership of your property is important because leasehold property is a depreciating asset. Think of it as a timer on a countdown from 70 years, or however long the leasehold term is.

You’ll need to resell the property long-before the lease term expires to make any profit. Either that, or somehow generate rental yields high enough to make up for the fact that, every year, the property is closer to being worth nothing.