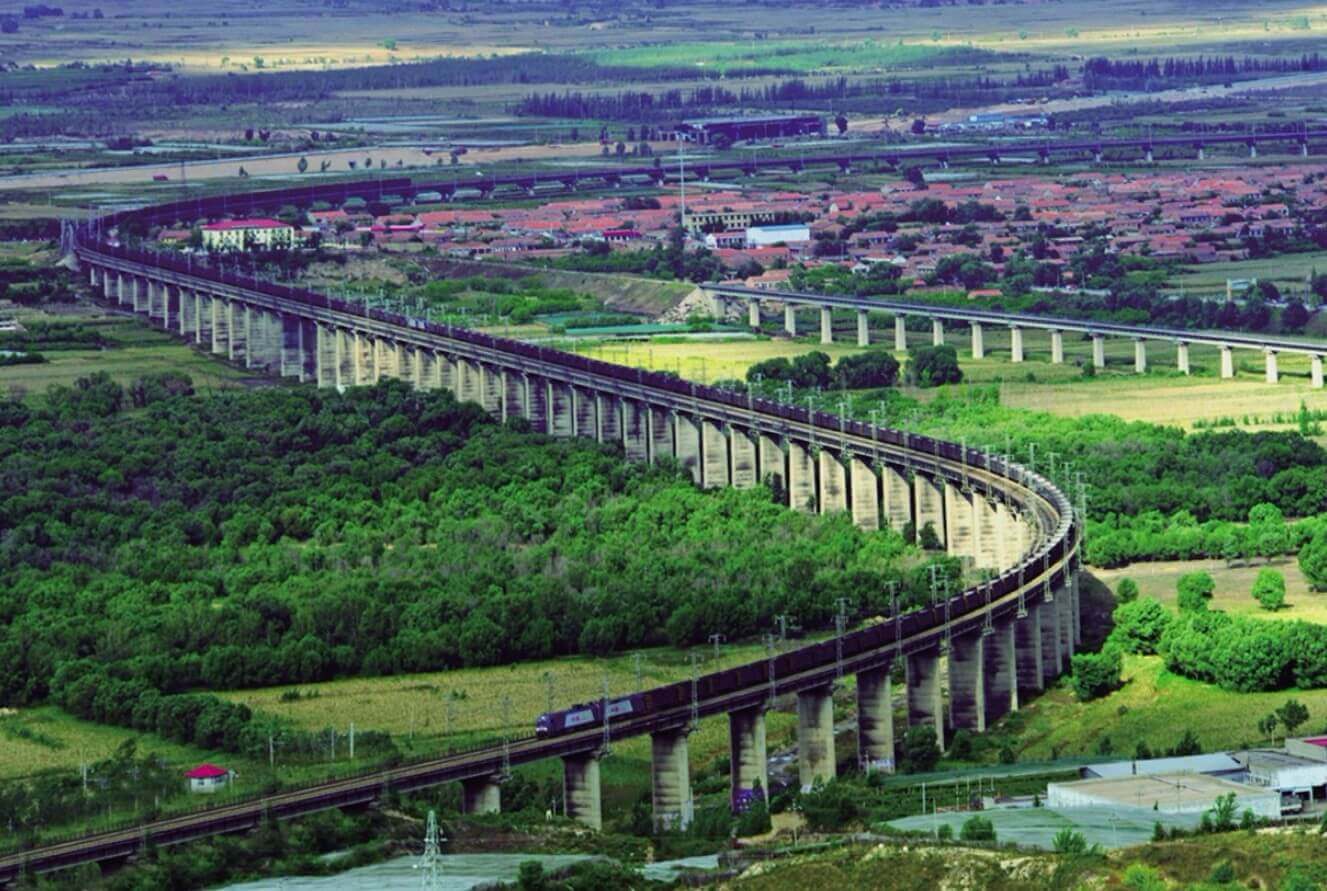 The world is adopting (or at least talking about) green energy as nations strive to make the earth a cleaner place.

Meetings are being held, regulations are being discussed, and emissions targets are being set… if there’s any progress at all.

No doubt, humanity must find clean sources of energy to survive in the long term. We can’t use non-renewable resources like oil and coal forever. But the pace of adoption is slower than most would like.

China and the rest of emerging Asia, which is notoriously polluted and reliant on coal, are especially making progress in the realm of clean energy.

It’s not easy for China, the world’s second biggest economy, to shift from coal to wind farms, solar panels, and hydroelectricity over a short period of time though.

Daqin Railway Company Limited (SHA: 601006) is the owner of one of China’s largest rail lines. For now, they mainly transport coal from mines to power plants.

The firm is profiting from China’s heavy reliance on coal over the short and medium terms. However, Daqin also understands the shift that eventually must happen over the long term.

Currently, the major source of Daqin’s income is its 653km rail network from the coal mining center of Datong to the port city of Qinhuongdao. It’s responsible for transporting over 500 million tons of coal.

Not only did the volume of coal Daqin transports increase from just 20 million tons in 1995 to 200 tons in 2005… but Daqin uses the monopoly it has to its advantage, gradually increasing their fees over time.

Daqin’s boasts over 1000km of rail in total when combining the Datong-Qinhuongdao line itself along with the company’s other assets. Its portfolio consists of high-speed commuter rails and general cargo transport too.

As such, Daqin’s reliance on coal shipments will decrease when future circumstances require it. Resource-dependent firms usually don’t have that luxury.

China is very polluted, everyone knows it, and Beijing especially understands this inconvenient truth.

Nonetheless, progress takes time in a large country like China – their emissions won’t peak until around 2030.

Daqin’s low P/E ratio below 10.00, strong dividend yield above 5.00%, healthy ROE/ROA, and growth model supported by economic fundamentals make the stock a great way to invest in China’s rise and a recommended buy.

The Hong Kong-Shanghai Stock Connect lets foreign investors easily buy shares listed in mainland China. A brokerage account in Hong Kong is now more useful than ever because of this.

Such a brokerage account in Hong Kong will now give you access to all companies on the Shanghai Stock Exchange, including Daqin Railway stock.

Want to buy Chinese transport stocks? You might want to see our analysis of Zhejiang – a major operator and developer of expressways in China.

Furthermore, we recommend a large Chinese coal production company for several of the same reasons why we suggest Daqin Railway stock.